Is English The Universal Language? - foXnoMad

Is English The Universal Language?

There was an interesting back and forth Twitter discussion between Gary @EverywhereTrip and Soultravelers3 @Soultravelers3 yesterday about languages, specifically English. It began somewhere with Gary’s statement that “English has become pretty universal.”

The conversation is good and raises a good question. Follow some of the highlights from the conversation below and add your opinion in the poll below. 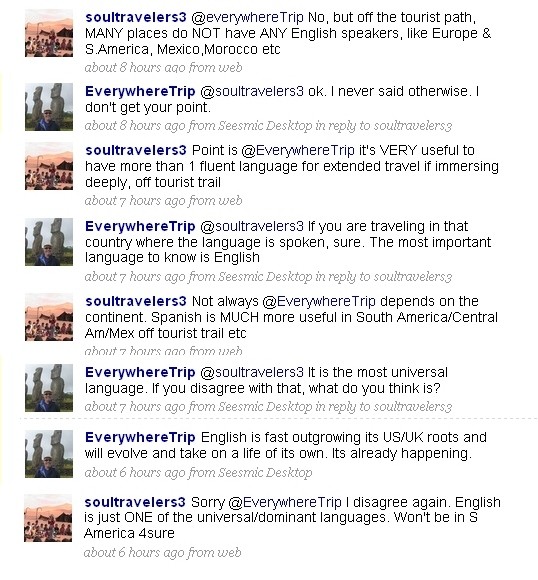 Language has brought up some lively conversations in the comments here too and I’d really like to hear your opinions. I’ll be posting my take on the question a week from today when I have the results from the poll and hopefully some comments from you all as well.