This is sooo Swiss. 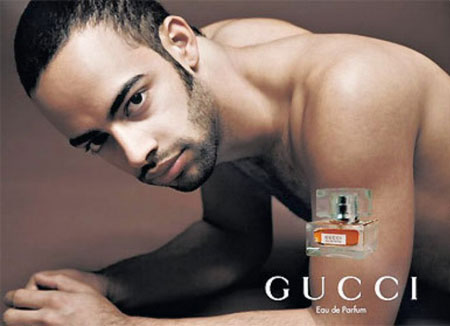 But few have the audacity of a man in Switzerland, who conned one of the country’s biggest media companies into publishing a two-page ad he created of himself posing semi-naked beside a bottle of Gucci perfume.

The man, who claimed to represent the Italian fashion giant, called up the Swiss weekly SonntagsZeitung last week to book the expensive color spread in Sunday’s edition, a spokesman for the paper said.

Christoph Zimmer told The Associated Press on Tuesday that the man asked for the 60,000-Swiss-franc (about $50,000) bill to be sent to Gucci.

Strange laws,? cow love, stone throwing holidays, and lame excuses for speeding, the Swiss are rapidly on the rise for being the strangest people on the planet.