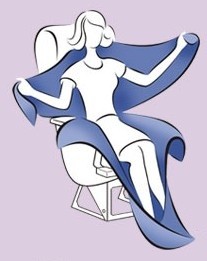 For the past several months I’ve been advertising the Cabin Cuddler, in my sidebar to the right, designed by former airline pilot Jim Levings. I recently got my hands on one and brought it along with me on two recent flights.

My first flight was domestic (within the United States) and the other an international trip in business class (thanks to some expiring frequent flyer miles).

What Is The Cabin Cuddler?

A fully booked American Airlines flight in coach is a cramped place to say the least – and the first time I unraveled the Cabin Cuddler I was trapped in a tight space and couldn’t maneuver myself or the blanket properly. That lead me to wrap the travel blanket over myself, which although comfortable and warm, wasn’t the suggested position. I’m not sure that this is entirely the fault of the Cabin Cuddler, as you can see below how tight my legroom was, but it did teach me to unfurl the blanket as I walked up the aisle – not just as I arrived at my seat. 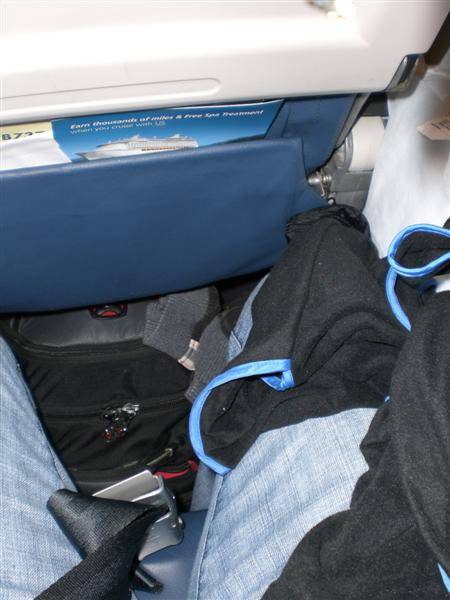 Granted, moving around people and seats in business class, especially on bigger planes is comfortable no matter what travel accessories you bring along. The added space gave me the opportunity to open up the Cabin Cuddler before getting to my seat.

I was able to wrap the Cabin Cuddler around me, and the blanket did keep me exceptionally warm, but I found it easier to throw it on top of me later in the flight. It was easier to toss and turn with it in that position and I didn’t get tangled up in it when having to get up for the bathroom.

The Cabin Cuddler is comfortable, easily portable, and gives you the comfort of knowing you’re carrying a travel blanket that is actually washed (as you’ll read in my interview with Jim on Thursday, most of the ones you find on airplanes aren’t.)

RELATED
Is The McKinnon Camera Pack 35L Backpack Worth The Price?

The Cabin Cuddler isn’t as easy (as shown in the picture) to snuggle into, but works great in the reverse position – on top with your feet still in the foot pocket. At $24.95 each, the blanket makes a good holiday gift for travelers who will be stuck in some of the best airports to sleep in, stuck between flight delays, or otherwise trying to stick to a single carry on.

On Thursday I’ll post my interview with the Cabin Cuddler’s designer, Jim Levings about the product, his carrier as a pilot, and some insider knowledge for travelers about the folks flying their planes.

Visit CabinCuddler.com to order or for more information.