This is a guest post by Troy Floyd, a photographer currently living in Quito, Ecuador. Troy got in touch with me recently and I thought his pictures really bring the unusual Ecuador New Year’s celebrations to life. 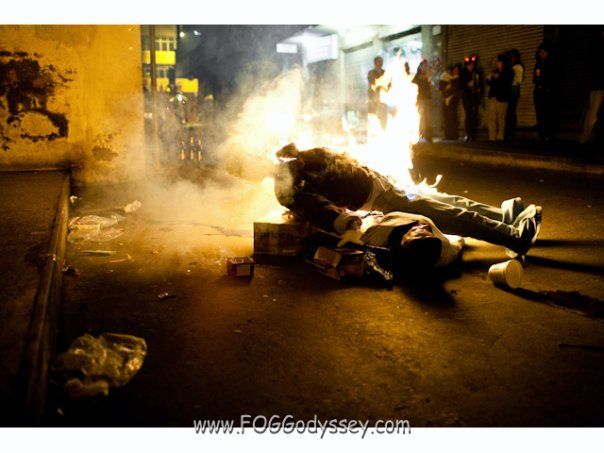 Burning the viejos at mid-night

This year I spent New Year’s in Ecuador and found a new celebration and tradition for bringing it in. I don’t know for sure how Ecuadorians took a simple countdown to 12 o’clock and turned it into an excuse for men to dress as women, to take fireworks to the extreme, and to burning of viejos (dummies) as a way of celebrating a new year… but they do. In all of Latin America there is no country that I know of that does it like Ecuador does. 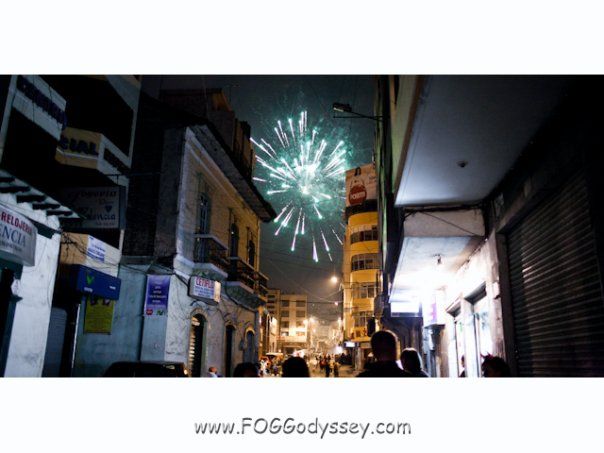 Fireworks going off at midnight

The Streets Of Ecuador At New Year’s

Men dress as women to represent the widows from the year and then beg for money on the streets the night of New Year Eve. It has somehow been taken to a new degree (like all holidays) and now involves men dressed as sleazy as they can, group coordinated dances and a no-holds-bar of not letting anyone by without paying. One can’t walk down the street in any major city on New Year’s night without having a pocket full of change. They guys (I mean ladies) even go as far as setting up roadblocks to stop traffic and they stop everyone. Taxis and buses don’t get by either without throwing a few coins and even seen a ladyboy get inside a bus one time and sit on the drivers lap until he gave him a quarter. 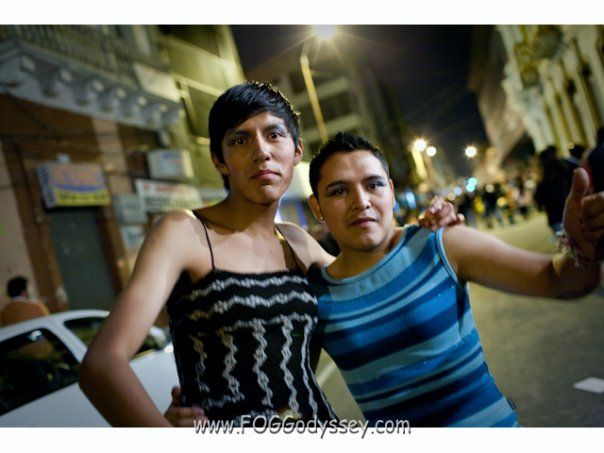 Two guys dressed up as ladies and working the street for booze money!

The tradition now is that the ladyboys (who are straight macho Latin men any other day of the week) is to collect as much money as they can, then go buy as much booze as they can with the bounty. They will party until daylight or until they pass out.

RELATED
“And I Must Follow If I Can”: Three Fictional Worlds That Make Me Travel 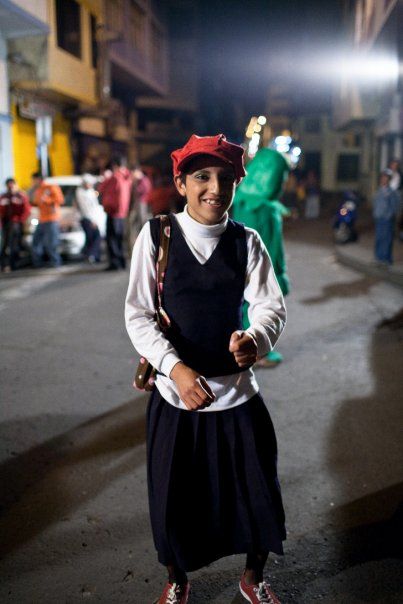 I don’t think this kid was even 14 years old but I guess everyone has a right to get drunk on New Years, so he was out trying to collect money as well.

Another part of the New Years tradition in Ecuador is to burn a viejo. It’s basically a dummy filled with wood chips that can be burnt for good or for bad. That night we burned 3 viejos, each good and representing friends I knew. We saw a lot of Michael Jacksons being burned, as I assume they love him and because of his death last year. There were also a ton of politicians being burned and most weren’t for good, as a lot of Ecuadorians are pissed about the current president in Ecuador (as well as Hugo Chavez from Venezuela). 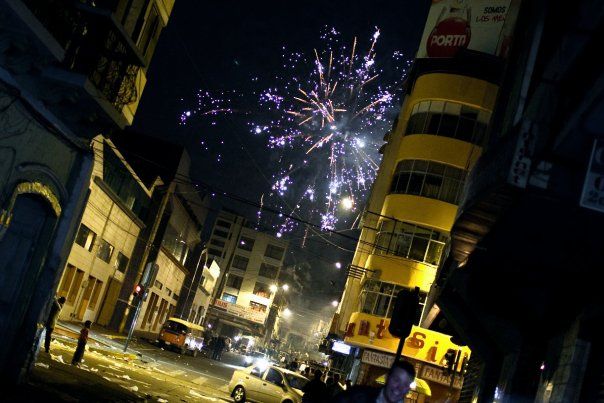 Fireworks start blazing at 11:00 pm and don’t stop until about 1:30 am.  It was amazing and I loved getting the photos of them bursting over the city but you would never see this in the USA. I was surprised that 1/2 the city wasn’t burnt down by the next day, as I saw numerous kids (anywhere from 5-10 years old) walking around on their own with Roman-candles shooting them in the streets. 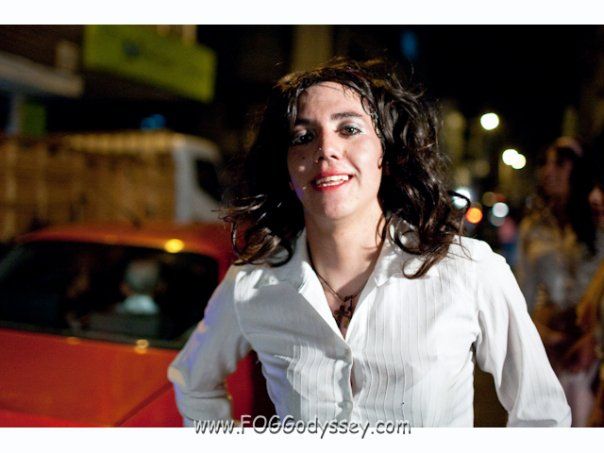 Maybe 1/2 of the shots cleared the buildings as I seen a lot of the kids just flat out pointing them at buildings and viejos burning. Even if there was a fire I doubt anyone cared, as I almost guarantee the fire department was as drunk as everyone else. 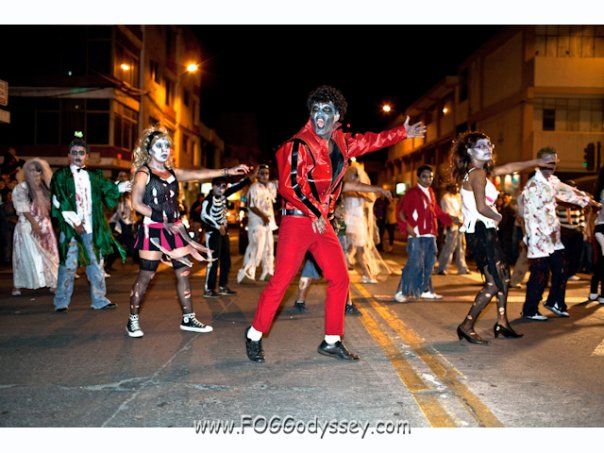 I must have seen a 100 Michael Jacksons on the street that night...but this was the best show of the night hands-down! Thriller!!!! 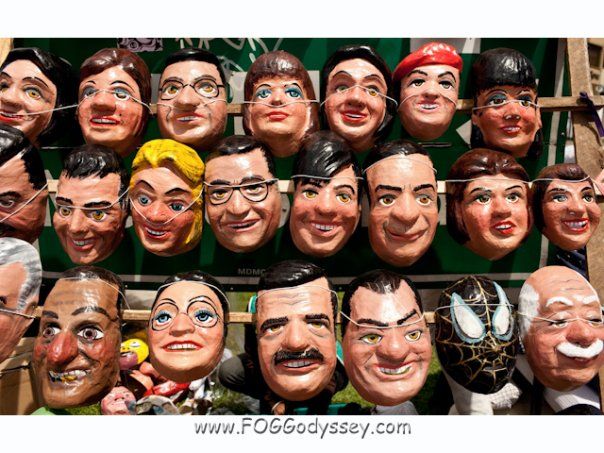 Mask for the viejos. They cost about $2 each and are hand-made. 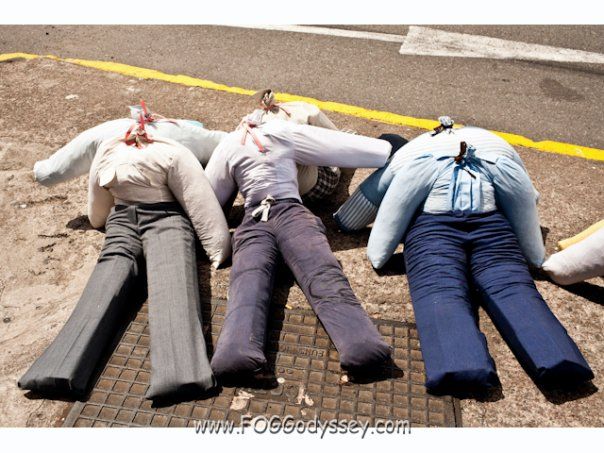 The viejos without a mask. These can vary from $5 for a small one to $20 for a full size one. 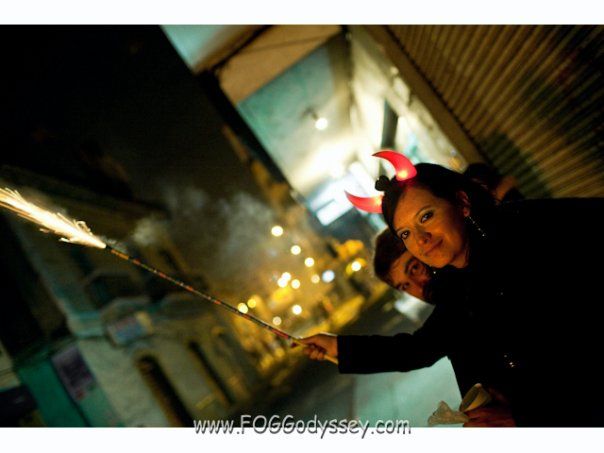 My girlfriend doing the same but in all, honesty, I don’t think we were “directly” linked to any fires (or any that can be proven). 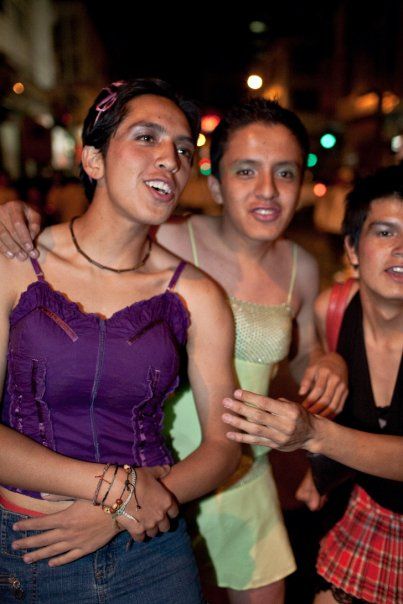 Amigo blasting off a 50 count Roman-candle, thus helping to torch the town! 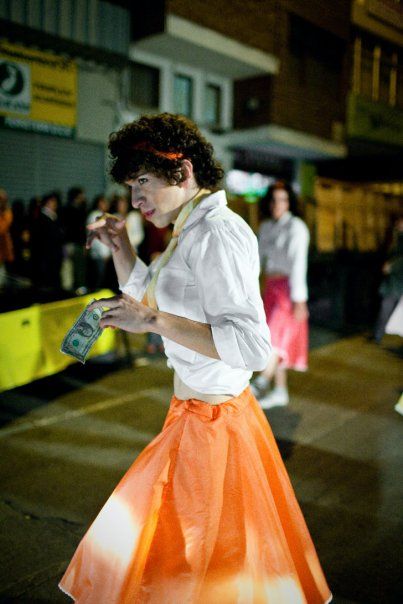 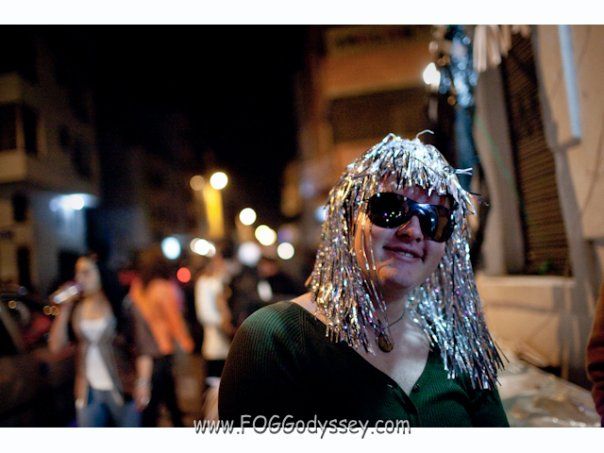 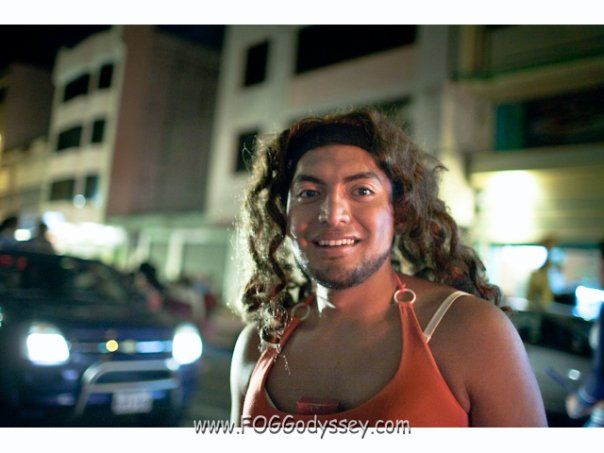 If you’re ever near Ecuador during the Christmas holidays, make sure you stop off and try to stay for the New Year’s celebration.  You won’t regret it and you won’t ever see anything else like it… PROMISE!

Troy, thank you very much for sharing your pictures with us. You can see more of Troy’s photos from New Year’s on his website FOGG Odyssey.