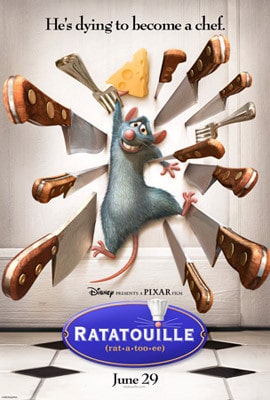 The Disney cartoon had the fourth largest opening day for any film in French history. Many French moviegoers have taken a liking to the films attention to detail.

Reviewers, viewers and even the country’s top chefs — famous worldwide for mega-egos — are gushing over the movie’s technical accuracy and attention to culinary detail.

Not sure how much this all says though, considering the top 3 grossing movies in France include Men in Black – almost as bizarre as some of the food.

What do some of you cooks out there think?

RELATED
Converting To Islam And Moving To Istanbul: Interview With Blogger Ellie Quinn