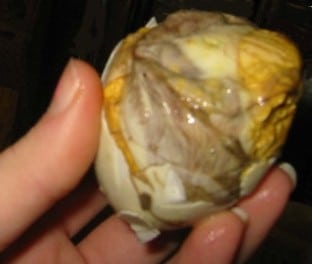 On almost any international trip we’ve certainly encountered some foods that, well, we are just not accustomed to. Even New York and Louisiana are home to two of the top 10 most bizarre travel foods.

RELATED
Ask My Mom: How To Cook Your Favorites From Turkish Cuisine

Of course, any trip to the Philippines is not complete with some balut. What strange foods have you found in your travels domestic or abroad? Personally, I like the taste of fried cow intestines (kokarec in Turkey). Any others?