This guest post is  by Ker & Downey. A luxury travel company servicing not only South America, but other exotic locations around the world.

Known for being the first place to be named a UNESCO (United Nations Educational, Scientific, and Cultural Organization) World Heritage Site, the Galapagos Islands sit roughly 600 miles west of Ecuador in the Pacific Ocean. The inspiration behind Charles Darwin’s theory of evolution, the islands have an immense amount of wildlife spread across the 19 different islands.

Lovers of wildlife will want to explore every inch of the island chain. Every bit of uninhabited land is part of a national park, and the islands possess the second largest marine reserve in the world, smaller only to the Great Barrier Reef. The islands are also a whale sanctuary, as well as contain some unique species of animal such as the Galapagos tortoise, blue-footed booby, waved albatross, and Galapagos sea lions. A cornucopia of flora and fauna await your exploration at Galapagos! 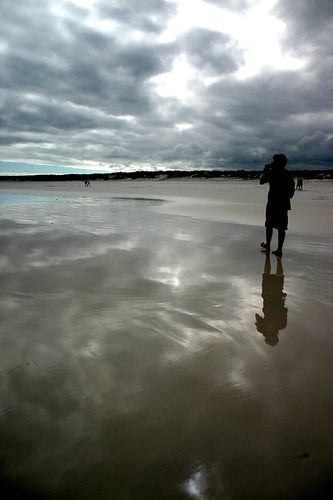 If it’s the flora you’re after, Galapagos has four distinct zones: humid, transition, dry and coastal. Each zone contains it’s own species of life different than the others. Marshlands and other water loving plants inhabit the humid zone. The dry zone leaves the land fairly clear of vegetation, but allows you to examine the volcanic properties that make up the islands. The coastal zones make up all of the land around beaches, and contain their own special areas of flora.

The islands were first discovered in the late 1600s by pirate Ambrose Cowley, who proceeded to name some of the 19 discovered islands after one of his fellow pirates: Baltra, Bartolome, Darwin, Espanola, Fernandina, Floreana, Genovesa, Isabela, Marchena, North Seymour, Pinzon, Pinta, Rabida, San Cristobal, Santa Cruz, Santa Fe, Santiago, South Plaza, and Wolf. Each island holds it’s own special flora and fauna unique to itself. Espanola Island is the oldest of them all, ringing in at 3.5 million years old, and it is also the southernmost island in the archipelago. The waved albatross make their home on this particular island, and use it’s topography to aid their flight to the Ecuadorian coast for feeding time.

While the islands to hug the equator, that doesn’t mean that everything you would associate with a temperate climate are located on the islands. Ever think you’d see a penguin on your island getaway? The Galapagos penguin make their homes on Bartolome, Fernandia, San Cristobal and Santa Cruz islands, and can be seen diving for food. The marine iguana can also be sen on Bartolome, Santa Cruz and Santiago islands, and is the only marine lizard in the world!

RELATED
SafetyWing Travel Insurance Review: A Good Plan For Travelers Without One

The best way to explore the islands is, of course, aboard a cruise. A ship like the M/V Galapagos Legend isn’t what you might think a typical cruise ship is like: there is only room for 100 passengers on the M/V Galapagos Legend, and even room for less than that on some of the other ships, ensuring that your once in a lifetime getaway to Galapagos won’t be hectic and overcrowded. What better way to take a luxury vacation and explore a part of the world on the shortlist to become a part of the seven wonders of the world.