How I Got Robbed In Guatemala and Other Hard-To-Believe Escapades: Part 7 - foXnoMad

How I Got Robbed In Guatemala and Other Hard-To-Believe Escapades: Part 7 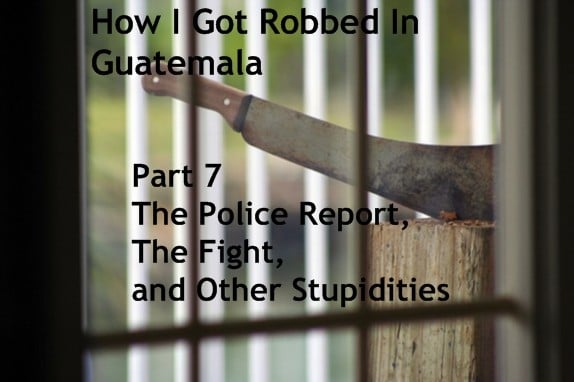 The scary creature that followed me into the woods, where I searched manically for my long-gone stuff, was a scruffy, hungry little dog.  I leaped out and never looked back.

When in Rome do as the Romans. In San Marcos the ‘do’ can be summed up in two words: WAITING and PATIENCE. Standing in the phone booth of the only communication device to the outside world, my patience was tried on every level. The past two hours have been spent cursing and banging the plastic hand-piece against the receiver which hadn’t performed its one function: connect me to my mother.  Once the connection got through I recapped my mishap.  Spent twenty valuable minutes protesting my rights and any notions of ending my trip, prematurely, and convinced her to send me money.  My parents were my knights-in-shining armor and pillars of strength. The money will be waiting for me in Panajachel. Thank you.

Credibility is a lot like reputation. You need to back it up. 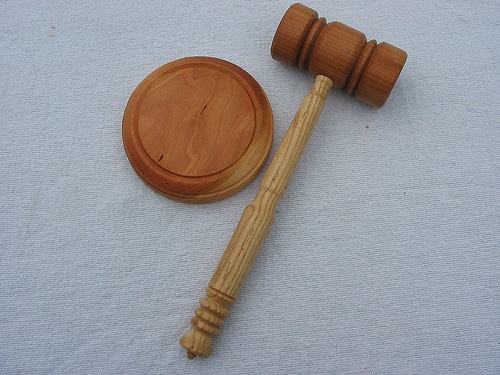 To authenticate my incident, I needed proof. The goons who worked my case last night instructed me to pick up the report in the morning.  Therefore, I had to return to the ghastly police station.  To my disbelief, it was ready.

During the day the building’s functions were of a slightly broader nature.  It didn’t solely pretend to ‘protect and serve’, in fact, the police department barely made a dent in this multi-faceted high-paced mini-plaza.  The largest branch, occupying part of the first floor and all-of-the second floor, was the judicial courts and judges’ quarters.  With a few rooms thrown in as dormitories for dejected government workers who paraded the halls dressed in ripped clothes and toothbrushes jutting out of grimy hands.

A tiny, stout man greeted me at the door. His huge grin pushed his chubby cheeks upward giving me the impression he had one long, hungry wrinkle that swallowed his eyes along with the brows. He was dressed to the nines!  Compacted tightly into a white shirt bejeweled by a red mini-tie, a brown blazer and navy blue casual-style-Dockers perfectly tucked into miniature, glossy-red patent leather boots. Arms opened wide.  He was waiting for me!

He cupped my hand in his button-sized palm and escorted me to the same seat one of the game-show-fans lounged in the night before.  The TV was off.  Today the room was the ‘Judge’s Headquarters’. I knew this because the hand-written nameplate on his desk read: ‘Head Judge’.

“Hola, my name is Miguel Rodríguez.  Mucho gusto.”  He stroked my hand, which I nervously tapped on the brown-gray desk, and conveniently left it there as he continued to talk.  “I apologize deeply for any inconvenience you have endured the previous night.  We are as surprised as you to hear that such an unfortunate turn of events occurred in our safe little village.  If there is anything I can do for you please let me know.” 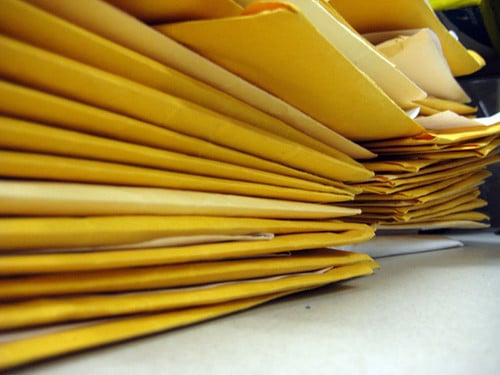 He took out my report and went over it with me.  Before I could sign it he informed me that there were certain protocols that must be adhered to.  Little Miguel, a stickler of the rules, wasn’t pleased with the way the night shift worded my document and insisted it be rewritten, properly. It would be his out most pleasure to do all he could: “Everything must be done correctly, because we do not want any of this to EVER happen again. Si?”

His tiny hand still lay on top of mine.  After a few more supportive pats, he reached into a desk drawer, pulled out three sheets of paper and two carbons. He hopped off his chair (his feet dangled at least three inches off the ground), strode to the adjoining desk and brought over a 1940’s typewriter.  Maneuvered his way back onto the seat, fed the machine with paper and carbon and legitimized the break-in.

Five minutes…ten minutes…fifteen minutes…he was doing more winking, reassuring and flirting than typing my ‘muy importante documentos’.  Twenty minutes…Terminado.  He whipped out the paper and kept two copies and both carbons: “To be filed”. (Where? There wasn’t a file cabinet in sight.)  And handed me the last sheet, which was an exact replica of the original.  I signed it and took off before he invented a new law. 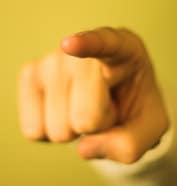 Janka met me halfway down the path and offered to buy me coffee.

Back at the same hotel as the night before, we arrived for the tail-end of breakfast.  The crowd tapered off and I became a typical female: divulging my story to anyone within earshot.

“Oh…so… you’re the other one,” a young Australian girl remarked.

Were there others?  Why weren’t they at the police station?  If they were, why didn’t my little judge tell me? Why didn’t ANYONE tell me?

“I was traveling with three guys and a girl.  They were Austrian.  You know, German.  But they spoke perfect English.  I met them in Tikal and it was nice to have company. I’m traveling alone, you know…anyhoo, they were supposed to fly back home tomorrow and I still had plenty of time left, so I told them that I want to chill out in San Marcos. They were cool with that. So we agreed to separate.  It turned out that for them to rent a house was cheaper than hotel rooms.  Plus, I really needed a break, they are a lot younger than me,” she rambled on and on, nipped at her muffin, cleaned her nails, twirled her hair. I was ready to beat it out of her.

“Yes… and what happened?” I prompted her.

Taking The Law Into Their Own Hands 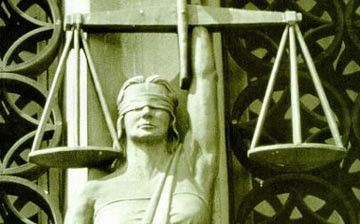 “Oh right…they had to leave today so they can make it in time to the capital for their flight tomorrow morning, you know… They wanted to take the six a.m. boat. I was with them last night as they packed all their stuff, and we went to the lake to celebrate their last night.”  A butterfly fluttered past us taking her with it.  “Um…oh, yeah…We’ve been here for a week and felt very safe. When we returned to the house their windows were wide-open and so was the front door.  The house was empty except for the beds and chairs, of course.  That would have been weird if the thieves took the furniture, don’t you think?”

“I suppose…What did your friends do?  Did they report it?”

“Why didn’t anyone say anything to me? It’s not like they have a hundred officers on staff all working different cases?” I asked Janka, as if she had all the answers.  She didn’t.  “I discovered that I was robbed around nine p.m., and due to certain circumstances, I didn’t get to the precinct until eleven p.m. When did they get there?”

“I think we came home oh I’d say…” We lost her for a moment then she crinkled her little nose, and returned to us, “Eightish, I’d say. Yeah that’s right, and they went to the cops immediately.”

She knelt down to pick a crumb off her daisy sundress, a bright red scalp peaked through her too-blonde hair.  She was a jittery young thing, tapping her foot on the floor, playing finger piano on the table, and biting her hair.

“What did the police do for them?” I remained focused.

“Yeah, well… the cops are real dickies, they didn’t do anything.  They just told them to come back in the morning for their report.”

“Wow… I can’t believe this. Five people were robbed last night and no one is doing anything accept pretending that nothing happened.  Why?”

“You know why? Because it’s Chico. Do you know who he is?”

“Of course. He lives right across from where I’m staying. I know it’s him. I even told the cops but they refused to do anything. Some bull about not disturbing model citizens.”

“Well you’re not the only one who knows of him.  Everyone does. He’s the star of this place.  My friends got the same run around.”

“Where are your friends now?”

“They just left about thirty minutes ago. After the fight.”

“You didn’t hear it?  It happened in front of Chico’s house!”

“No, I wasn’t there. I was too busy being hit on by the judge handling my report and who said ‘That such an unfortunate turn of events never occurs in our safe little village’.” Was he in the bathroom when four others came to pick up their reports? “You know what is making me sooo angry…when the cops came to look at my place they accused ME of robbing myself.  Can you believe that?” I continued.

The Fight, Chico, and A Machete

“Absolutely…they are too stupid to think of something clever…”

“What about the fight?” 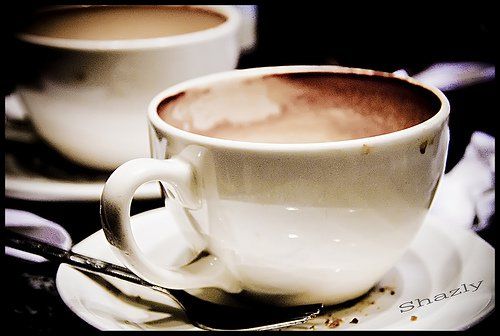 “Oh, yeah…right…my friends decided to take the law into their own hands.  They went to Chico’s house. Knocked and waited. No one answered, so after five more minutes they knocked again… Do you know that he took everything they had?  They can’t fly back tomorrow, despite their plane tickets gone they have no passports and about $100 between the four of them…  So, after the second round of knocking, Eva was grabbed from behind and a cold, rusty machete tip held to her neck.  It was Chico! He threatened to slash her throat if they didn’t get the fuck off his property right away.”

“Oh my god!” I struggled for air.  The thought of getting my stuff back from Chico has crossed my mind at least every five seconds in the past twelve hours.  As a matter of fact, it was next on my agenda.

“Are they OK?  Did he hurt them?  What happened next?”

“They got on the next boat and took off.”  She placed her coffee cup on the saucer, stood up and shook her short, sunny dress and said, “Good luck. Take my advice. Don’t do anything stupid. It’s not worth it. Bye.”