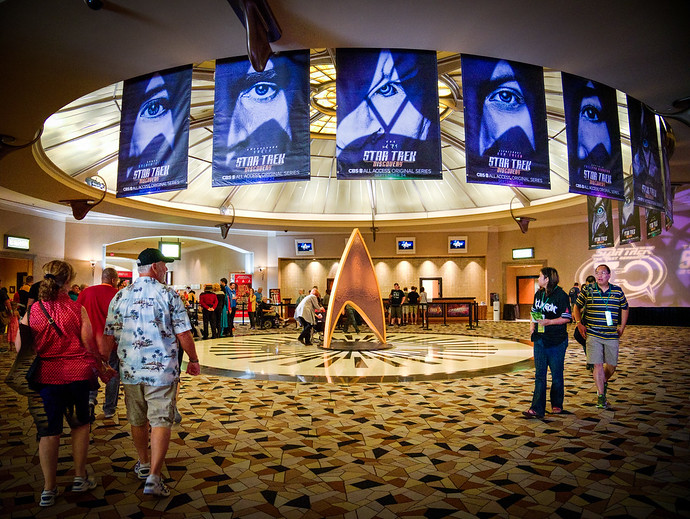 You might be a Star Trek fan who’s finally decided to attend a convention (or be the friend roped into it all) that’s got no idea what goes on at the annual 5-day Creation Entertainment event in Las Vegas. To help prepare you, here’s everything you need to know about the Creation Star Trek convention held at the Rio All-Suite Hotel and Casino every summer.

There are plenty of Star Trek conventions around the world but the Las Vegas event held at the Rio All-Suite hotel is North America’s largest. (Creation’s convention competes with several in Germany every year for the world’s largest attendance.) Over 15,000 people are expected at the 2018 convention.

What Do You Do All Day?

There are events all day and night planned for the August 1-5th convention but most first-timers have no idea what that means. The easiest way to put it into perspective is to think of the Las Vegas Star Trek convention like Comic-Con, but focused on Star Trek. There are 30-60 minute panels throughout the day which consist of talks plus Q&A sessions with Star Trek actors, directors, writers, and artists like Oscar winner Michael Westmore. (I highly recommend his book Makeup Man for the Michael Jackson stories alone.)

Additionally, Creation invites scientists and other engineers to hold discussions on space exploration. Several engineers from NASA’s Jet Propulsion Laboratory will be giving talks on current and fictional Star Trek technologies that may become reality in the near future. (Sorry, transporter technology seems the longest shot.) 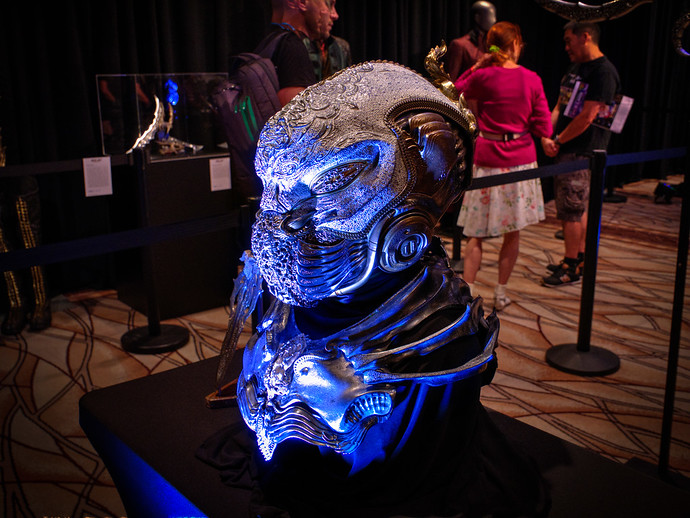 People tend to float in and out of the talks, making their way through the vendor room where there’s all kinds of nerdom represented. Need a Starfleet uniform or a Darth Vader mug? The vendors will have it. There are also a lot of independent artists and creators selling handmade crafts as well, in my opinion the most interesting items sold at the convention.

In the evenings you can opt for additional events like a 45-piece orchestral performing Star Trek: Live, or swing by the Masquerade Bar where by Thursday night the entire hotel has been taken over by Star Trek fans.

Do You Need To Dress Up?

No – but a lot of people do. Uniform t-shirts are common but then there are real cosplayers, peaking on Saturday when an annual costume contest is held. Here are pictures of the best cosplay from 2017 and 2014 to give you an idea but what you wear is up to you.

Why Do People Go To Star Trek Conventions?

For a variety of reasons but basically to have fun with other people who are really passionate about Star Trek and science fiction in general. In 2017 I asked a bunch of people why they go to Star Trek conventions, here’s what they said:

People who make it to their first Las Vegas Star Trek convention often return year after year. You see the same people and it has almost become an annual pilgrimage for many, much like Comic-Con is for other fans. If you’re in the Las Vegas area August 1-5, 2018 and interested in attending, you can purchase individual day tickets here (I would recommend Saturday if you’re choosing just one) or get all 5 days at a discounted rate.

Once you’ve got your tickets, you can check out this insider’s guide on saving money, meeting celebrities, and making the most of the Creation Las Vegas Star Trek convention. Qa’plah!