This is a guest post by Renato, a freelance writer and a (slow) long distance runner. Renato is the author of www.RunAbroad.com. Running a half marathon in every European country and mastering the art of vagabonding are his short term goals. He splits his time between UK and Italy.

Why Europe? The Pyrenees, the Alps and the British islands are a paradise for trail running: grab a cheap ticket this summer and join the European circuit, choosing one of the following 7 great trails. You don’t need to be competitive to enjoy a great race on the mountains.

Race the Train (August 15) is a competition between runners on a 14 mile trail course and steam train. A superbly themed race to challenge the Talyllyn Railway, a historic narrow-gauge railway, one of the great trains of Wales. A must do at least once for who likes to jog in the countryside and all multi-terrain runners. 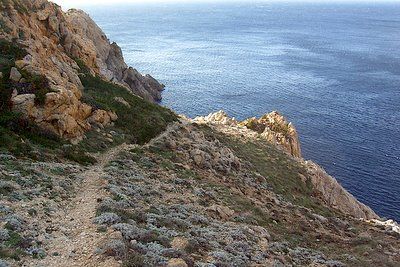 Also known as the Race of Five 4000m Peaks, the Sierre-Zinal is an unusual 31 km with 2200m ascent and 800m descent in the French-speaking region of Switzerland. The race starts from Sierre (585 m) and then quickly (or not so quickly) the route along forest and stony paths will take you on trails to some of the best mountains in Switzerland. The start date is August 9.

RELATED
How Computer Gaming Kept One Traveler Connected With Home

A flat race in the mountains on August 1st. Reschenseelauf is a 15.3 kilometers race at 1500 meters above sea level in Alto Adige. In Italy, but just a mile from the Austrian border, Lake Resia is the largest lake in South Tyrol and a great location for a summer break in the Alps.

Formerly known as the Seven Sisters Marathon, Beachy Head is a multi-terrain marathon (almost no road-running). The cross-country challenge covers most of the hills around Eastbourne, a Victorian seaside resort, including Beachy Head, at 162m, the highest chalk sea cliff in the country. The start date is October 24. 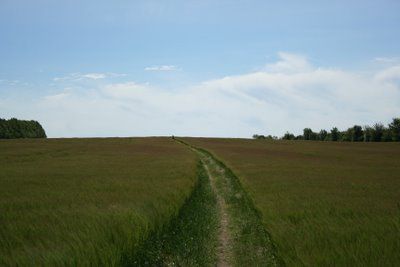 The Swiss Alpine Marathon in Davos is the ideal race for a summer break in Switzerland and as a first time long distance trail race. The C42, also called cultural marathon, is an easy marathon by mountain standards, follows the Bernina railway line, a Unesco World Heritage site, and the time limit is nine hours.

Corsica Run Xtrem organizes the Trail Napoléon, a 23km trail run with a positive ascent of more than 950m. This is the best trail in the island of Corsica, from the cité Impériale in Ajaccio to Parata, with the incredible view over the Iles Sanguinaires and an unspoiled trail in the marquis. Get ready for the last weekend of May 2010.

Zermatt in Switzerland is surrounded by a range of amazing mountains, it is famous worldwide for the Matterhorn (Mount Cervin) and it possibly offers the best mountain marathon in Europe: from Sunnega to Riffelalp, the views are spectacular and a free pint of beer is waiting for you at the end of the challenge in Gornergrat. August 9 is the big day on the Alps.

And when you cross the finish line you can eat some Apfelküchlein (apple cookies) in Davos, enjoy fish and chips in Eastbourne or drink a cold Pietra beer in Ajaccio. You deserved them.