A Ride And Review Of La Bicicleta Naranja In Buenos Aires

Heavily advertised around hostels in Buenos Aires, Argentina, La Bicicleta Naranja offers bicycle tours and rentals from several locations around the city. Their bike tours are a good way to break down the somewhat overwhelming and certainly sprawling Buenos Aires. La Bicicleta Naranja’s scenic routes and informative guides are a wonderful introduction, or reunion, with Argentina’s capital city. 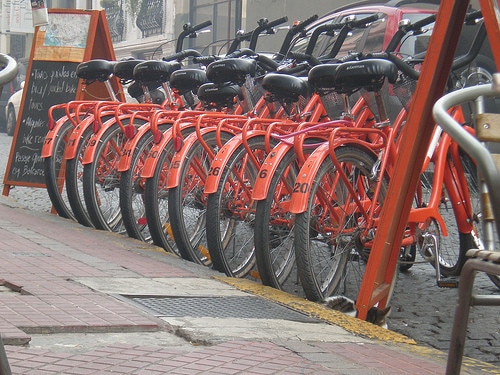 The company offers four basic tours each lasting around 4 hours. The tours, known as Buenos Aires to the North, Buenos Aires to the South, Lakes and Woods, and Aristocratic Buenos Aires all cost the same price of 105 Argentinian pesos (~$25 USD) and includes a safety helmet and bottle of water or soda. Reservations can be made online and most of the routes are available at least once a weekday. 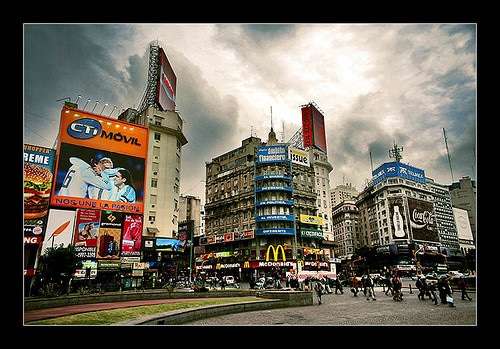 The atmosphere upon arrival at the La Bicicleta Naranja office is very laid back although they fail to mention that you’ll need to be a fairly confident rider in good shape. Also, the tour routes tend to take you to near busy roadways (difficult to avoid in Buenos Aires) and often right into heavy traffic. Pedaling through rush hour in Buenos Aires on a bicycle might be a bit more adventure than some people are willing to handle.

The guides do a good job of making the ride a fairly easy one by directing traffic and often flanking the group, particularly in the busier parts of town. The pace is a bit quick although the guides make an effort to keep a tempo everyone is comfortable with – and yes, there is plenty of time to take pictures along the way. 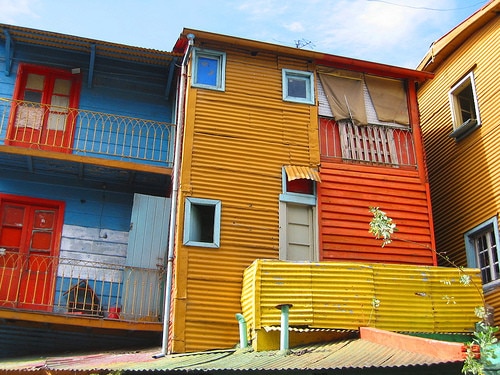 You can create your own mental map, see the popular sites, and learn a bit of history along the way by zipping through town. Most of the major parts of the city (i.e. La Boca) are covered in La Bicicleta Naranja’s tours, which subtly show you the stark contrasts of class and development between the various Buenos Aires barrios (neighborhoods).

Having never taken a bike tour before I somewhat skeptical of the 105 Argentinian peso (~$25 USD) investment for a 4 hour tour of the south side of Buenos Aires. La Bicicleta Naranja‘s thoroughly tiring tours on their bright orange bicycles (hence the company name) were complimented by the tour’s enthusiastic local guides making me not regret the decision. The knowledgeable guides were able to convey a feel for the various parts of the city and infuse a passion for Buenos Aires’ history for visitors new and returning.