7 Things That Will Surprise A First-Time Visitor To Petra 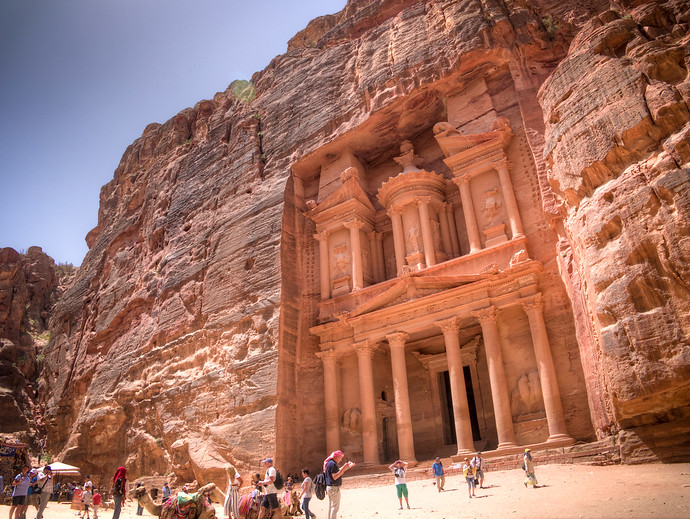 Petra in southern Jordan is one of the most iconic tourist sites in the world, made famous by movies like Indiana Jones and the Last Crusade. It’s familiarity in films has narrowed Petra’s tourism marketing, giving many visitors a nice surprise when they arrive at the 9,000 year old ancient city.

Petra is not what you expect though don’t feel odd about it, you’re not alone. These are 7 things that surprise most first-time visitors to Petra.

1. It’s More Than The Treasury 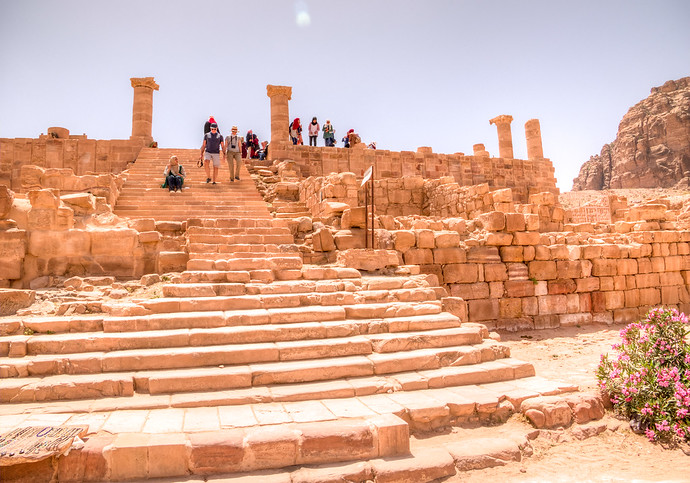 Al-Khazneh (The Treasury) is what you may think Petra is. But Petra is more than a 45 meter (147 foot) tall Treasury; it’s an entire ancient city. Petra’s ancient ruins lie within at least a 60 kilometer (37 mile) hiking area, though you’ll probably only walk 8-16km (5-10 miles) of that to the major sites closest the entrance. Visitors on second and third trips to Petra often spend several days in the area to explore by foot or donkey.

2. The Treasury Is A 2 Kilometer Walk

Based on how movies portray Petra, you might be under the impression that the Treasury is a short walk from the entrance. In reality, the Treasury is 2km (1.24 miles) in through a series of impressive valleys. The valleys are very photogenic and much cooler than the exposed desert air starting at the Treasury and beyond.

3. You Can’t Go In The Treasury

RELATED
The Tea Shop In Bundi, India That Changed Chai

Sorry, it’s not like in Indian Jones, the Treasury is only a big photo opportunity from outside with a sufficiently wide angle lens. (I was pretty surprised by this one.) As far as immortal knights, I didn’t hear of any either.

4. Get Your Tickets Before Jordan

I’ll be writing more about the Jordan Pass in the coming weeks, a sightseeing package like the Granada Card well worth the cost. A Jordan Pass, offered by Jordan’s Ministry of Tourism and Antiquities, also waives the tourist visa entry fee. The Jordan Pass is just slightly more expensive than a single entry ticket to Petra but to make the most of it, you’ll need to purchase before you get to Jordan. 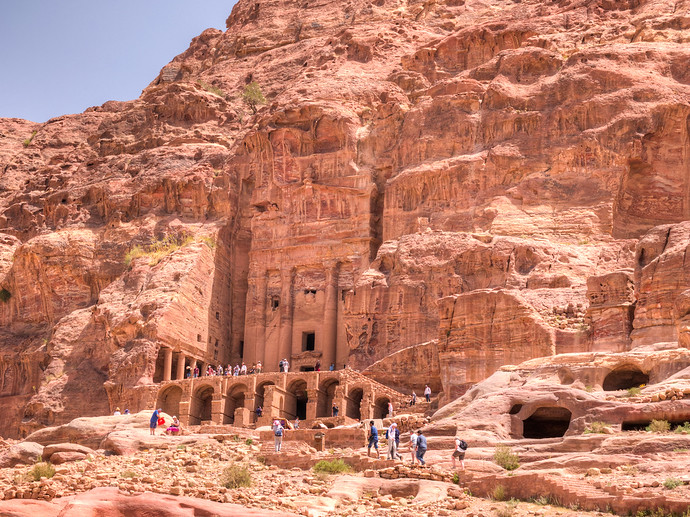 Just to see the Treasury you’ll have a 4km (2.5 mile) round trip walk to prepare for. To see the Great Temple, Royal Tombs, and simply nature being magic beyond that plan for a full day of walking. Bring liters of water in the summer – add a jacket in the winter, it can be surprisingly chilly.

Meal options are terrible as well in the site, so unless you’re good with potato chips plus an apple or two, bring your own food. People arriving on day trips should stock up the night before (you want to get in as early as possible), otherwise if you have time before the evening buses return to Amman, the nearby restaurants are surprisingly good.

6. Free Horse Rides Are Free But Not Really

Yes, you do get a free horse ride with your Petra entry ticket. You’ll also get intense hassling for a pricey tip resulting in very few people actually using the horses. Donkeys on the other hand are a bit better but be ready to bargain like a traveling pro and wait until you’re past the Treasury to get the most reasonable rates.

Despite being the most popular tourist attraction in Jordan, over the past few years instability in the greater Middle East region has kept the largest crowds away. To see Petra without people you can get in at 6am, for everyone else, take a look at the video below to see what Petra looks like on an average day.

Many of the people I met and spoke with shared how much more Petra was than they expected, much like the Great Pyramids in Egypt, making it one of the more popular tourist destinations that won’t disappoint you. Unless, of course, you were really hoping to see the Holy Grail.