Catching Up With It's On The Meter: The World's Longest Taxi Ride - foXnoMad

Catching Up With It’s On The Meter: The World’s Longest Taxi Ride

I first heard about It’s On The Meter from Kirsty, in one of the best comments from this past December. Johno Ellison and his two friends are attempting to break the Guinness Book Of World Record for longest taxi journey – in a London classic black cab. Their trip reminds me of The Ultimate Train Challenge I’ll be participating in this fall and I’m hoping to meet up the It’s On The Meter guys somewhere along their path in the next few weeks. Johno was kind enough to take a few minutes to share a bit about the trip which began February 17, 2011. 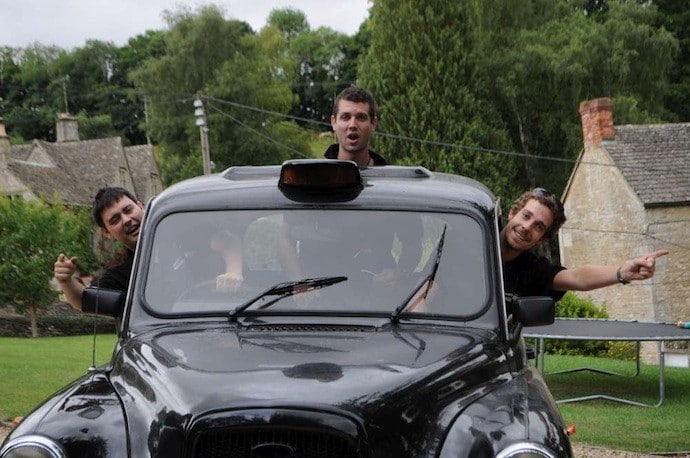 Whereabouts are you right now?

We’re currently in Geneva, Switzerland after spending the last six weeks driving through Scandinavia, Russia, Belarus, and Eastern Europe. It’s a little strange seeing people on the motorway waving at us and honking their horns and probably thinking we have only been on the road a few days when in reality we’ve covered over 6,000 miles (~9,650 km).

Where did the idea to attempt the world’s longest taxi ride come from?

My team mate Paul was sitting in a taxi going home one night and watching the meter going higher and higher when he thought, “I wonder what the highest ever taxi fare is?”. 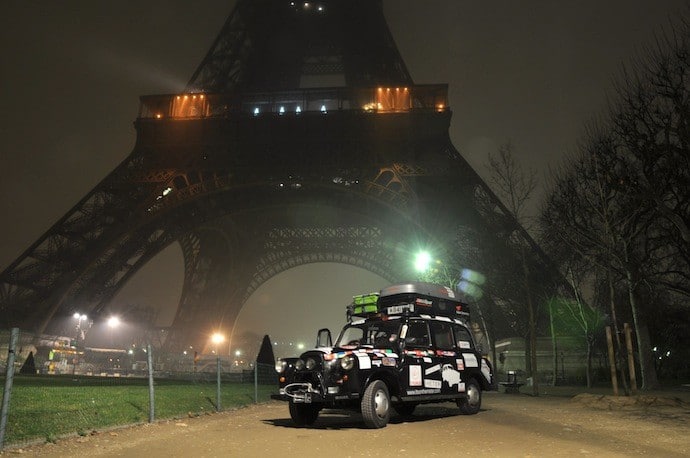 How did you plan the route?

The current record is around 21,000 miles (33,000km) so we knew we had to beat that and we knew we wanted to end up in Australia so we basically sat down for an afternoon with Google maps. We figured that all taxi drivers in the UK never take the shortest route anywhere so that’s how the route ending up going all over the place.

What’s the dynamic of you and your travel companions; how do you plan to get along after so much time together?

We’ve all known each other for about four years and spent a lot of time together so we think we’ll be able to make it to end of the trip without killing each other.

The worst point was actually the few weeks before we left England when we were working twenty hour days trying to get the car ready, sort out the visas, finalize sponsors and sort out a million other things. We had quite few bad arguments but the second we were on the ferry to France on the Launch Day all of our worries just evaporated and everything was forgotten, it was the greatest feeling.

We’ve tried to accept that arguments will happen during the trip and that we’ll have to get over them. We are also Couchsurfing and have friends traveling with us for short sections of the route so the constant injection of new people takes a bit of stress off our relationships with each other.

Any parts of the journey you think might be especially dangerous or difficult?

RELATED
Best Way To Get A Taxi In Istanbul, Turkey

We have already had to change our route to avoid Libya and northern Africa and are currently keeping a close eye on Syria. It’s a shame because we planned the route specifically because we wanted to see certain places and experience different areas of the world but our cab isn’t exactly inconspicuous so sometimes we have to make compromises.

Where did you guys get the cab?

We actually got the cab on eBay for £1500 then spent a load of time repairing it, adding new features and getting it ready for the eight month journey. We think it has done about 300,000 miles but the mileometer is broken so we’re not really sure.

You can check out the It’s On The Meter route on their website, and follow Johno, Leigh, and Paul on Facebook and Twitter as well. Johno, thanks again for taking the time and hope to see you guys soon somewhere along the path.