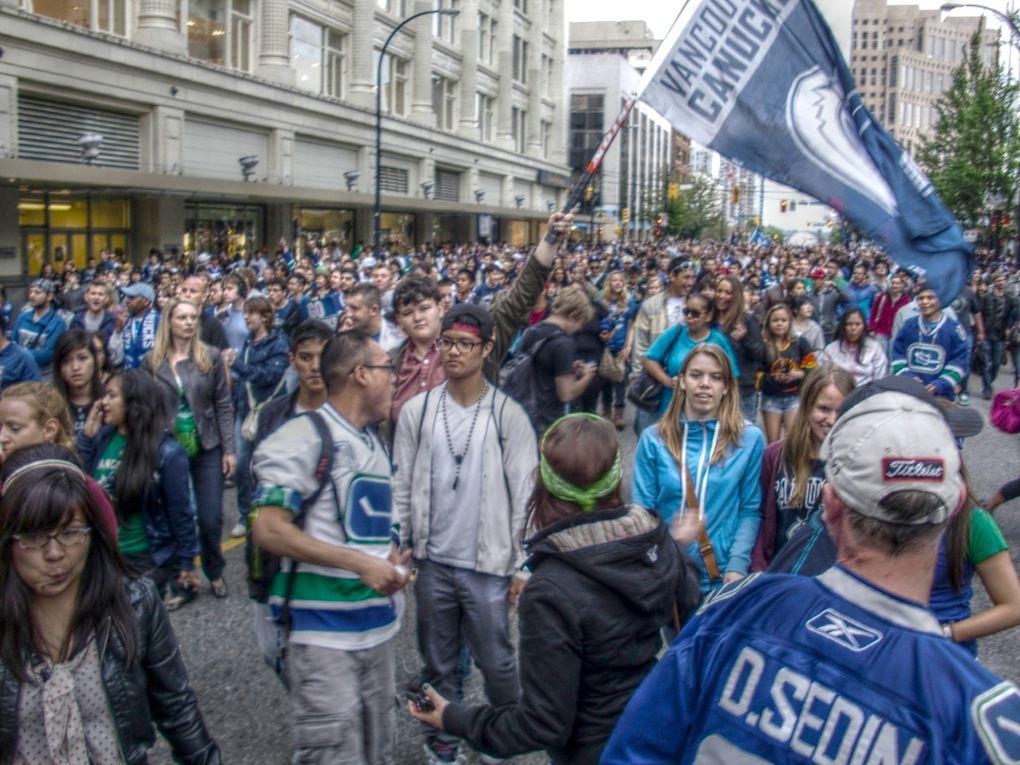 The ecstatic crowds on the streets of downtown Vancouver, Canada after the Canucks won Game 5 of the Stanley Cup Finals is the craziest scene I have ever experienced. And it was hockey. I never thought it would be, well, hockey, that would leave me with vivid memories of Canadians cheering in delirium with joy, chanting curses at Boston, and partying well into the night without wavering enthusiasm.

Perhaps I should have been more prepared, considering when I landed in Vancouver International Airport (free wifi by the way), above passport control the giant TV screens were showing the Canucks playing Game 4, instead of displaying the standard arrival messages everyone ignores. Did I mention that even some of the airport security staff were wearing Canucks jerseys? They take hockey in Vancouver more seriously than most governments do about their own economies.

One of the elegant threads running through the mayhem on the streets of downtown Vancouver were all of the ethnic Indian, Chinese, and other diverse faces in the crowd; unified by a sport notably absent from their countries of descent. The minutes immediately following the victory, which put the Canucks one win away from winning the city’s first Stanley Cup, was a living definition of communitas.

RELATED
The Two Best Travel Cameras For Video Under $1000

Unfortunately what can make social groups such a powerfully positive force often works in the opposite direction. After the Canucks lost the series a few days later, disgruntled fans destroyed much of downtown, looting, burning cars, and attacking police in a flash of violence. Quite a shame to harm such a gorgeous city and even worse to do to the memory of the demonstrations just a few days before.

You can see more of Vancouver in my album here.