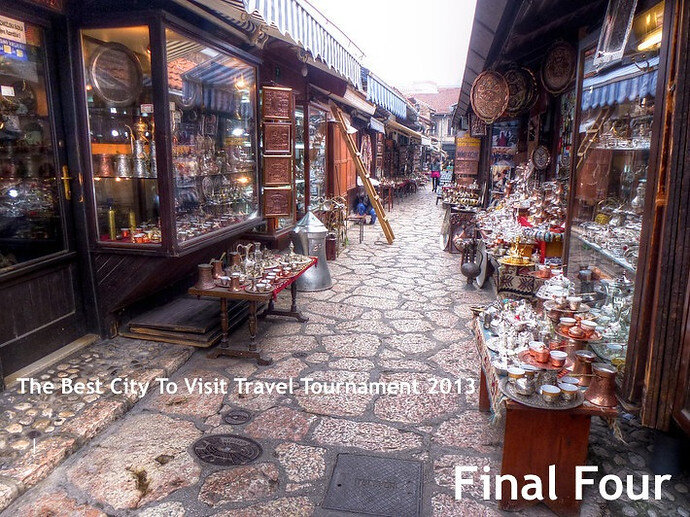 The Best City To Visit Travel Tournament 2013 that began back in mid-February with over 70 cities is now down to a Final Four: Granada, Bucharest, Buenos Aires, and Sibiu. Lisbon put up a very strong effort against Iberian neighbor Granada, but the Spaniards are left to contend with the Romanian capital, Bucharest. Also from that country, Sibiu is set to challenge surprise quarter-finalist Buenos Aires. Will we have an all, half, or none-Romanian final on Tuesday?

Voting in the Final Four is open until Monday, March 25th 6pm US EST to determine the two finalists in this year’s contest. Those of you reading through email and RSS will have to click-through to this page to vote.

RELATED
Things Get Serious From Here: Vote In The Best City 2019 Tournament Round Of 32!

Please keep in mind the final votes for any poll aren’t final until they’re verified by my diligent verification team. The Championship round to decide The Best City to Visit in 2013 will begin next Tuesday, March 26th.