Simple But Powerful, Currency Is An Essential App For International Travelers - foXnoMad

Simple But Powerful, Currency Is An Essential App For International Travelers 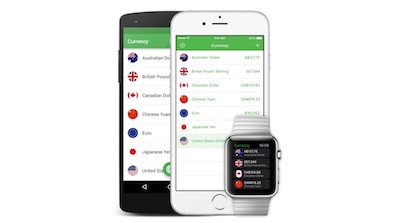 For nearly as long as I’ve been traveling with a (then) iPod touch, now several mobile phones, there’s been one app so consistently useful I’ve overlooked how integral its become to my travel routine. Currency is a free app for Android and iOS that lets you convert between multiple currencies, easily and offline.

Currency is a pretty simple app to set up. Once you’ve downloaded it [iOS or Android] you add the currencies (e.g. dollars, euro, pesos) you want, then pick one to convert the others to an equivalent amount. So, let’s say the U.S. dollar is your home currency, you would choose dollars, then add the other currencies you might be using the near future. Set your home currency to one dollar, to see how many euro or yuan that happens to be. You can also quickly tap on the euro to change it to 1 (or 2, 3.5, whatever) to see how much it is in all the other currencies you’ve added.

Currency is extremely handy when you’ve arrived at an international airport so you don’t have to walk up to an ATM with no idea how much money you’re actually withdrawing. You can also help yourself when bargaining abroad because our minds tend to evaluate costs best in our home currency.

There are two versions of Currency: one that’s free with ads – to remove them you’ll need to pay $3.99. The ads aren’t intrusive but if you want to support the developer, it shouldn’t hurt your travel budget at all to purchase a well-designed app that provides a very handy function.