When You Travel In A Plane, Time Slows Down For You: Here's How To Calculate By How Much - foXnoMad

When You Travel In A Plane, Time Slows Down For You: Here’s How To Calculate By How Much 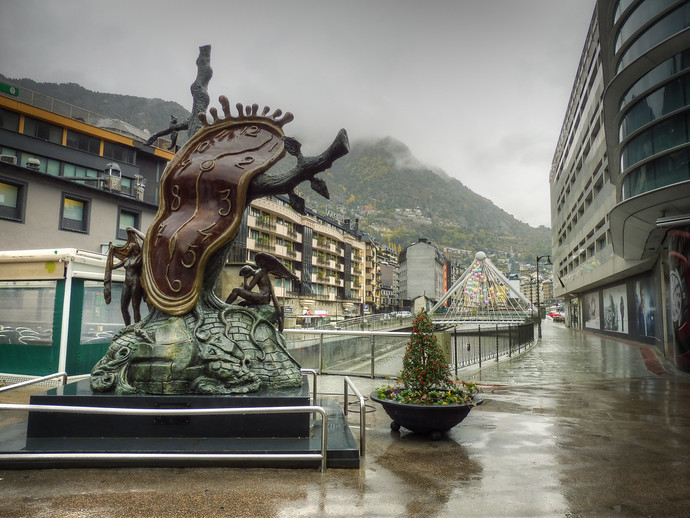 We all know that our clocks change as we cross time zones in an airplane. Did you know however that you are actually traveling a bit further into the future, relative to your friends on the ground when flying? This effect is called time dilation, predicted and later proven by Einstein’s special and general theories of relativity.

Let’s quickly start by clearing up the title of this post since there are a few details which couldn’t so easily be summarized in a few words. The first thing to know is that whenever you move through space, by walking, running, driving, etc. relative to people who aren’t in motion, you are traveling just a bit slower through time. This effect has been confirmed by atomic clocks placed in airplanes as well as orbiting satellites and compared to those on the ground.

Additionally, according to Einstein’s General Theory of Relativity, time moves faster in the absence of a gravitational field. (Relative to others who are in stronger gravitational fields; in other words, closer to ground, for example.) The higher up you are, the further you are from Earth’s mass, which means slightly less gravity for you and a slightly faster clock. While standing, even your head is ever so slightly moving a bit faster through time, since it’s a meter or two higher above the ground than your feet.

How noticeable is this effect? Well, not very as gravity is weak force, but using what’s known as a gravitational time dilation formula (originally discovered by the Dutch physicist Hendrik Lorentz) we can calculate it.

Assume you’re flying at 10,668 meters for 8 hours at roughly 1,007 kph, from true south to true north, where your friend is sitting at sea level; when you arrive, your watch will be running about 0.00504 seconds faster than theirs.

What’s all that north-south business? Well, since the Earth rotates and planes usually fly across this rotation, that would change the calculation a bit as you and your friend are moving in directions relative to each other.

Let me help you figure out how much in the “future” you are on your next 8 hour flight.

So, t1 is what we’re looking for. t is time we’ve spent flying: 8 hours, or 28800 seconds. Let’s say our plane is flying at 920km/hour, that’s .25km/second. And c (the speed of light) is a constant in the universe. After inserting those numbers in the time dilation formula, t=28800.0000003. For the lazier, here’s an online time dilation calculator that does the number crunching for you. That means your friends, asleep (not moving), on the ground have experienced .0000003 extra seconds relative to you.

There are numerous time dilation formulas accounting for various scenarios, with gravity in mind, used to keep GPS satellite clocks in sync with those on Earth, among other things. So the next time a friend picking you up at the airport complains about your flight being late, tell them if they hadn’t been stuck in the past, they might have arrived at the right time.