Beirut Might Be The City That Explains Us All - foXnoMad

Beirut Might Be The City That Explains Us All 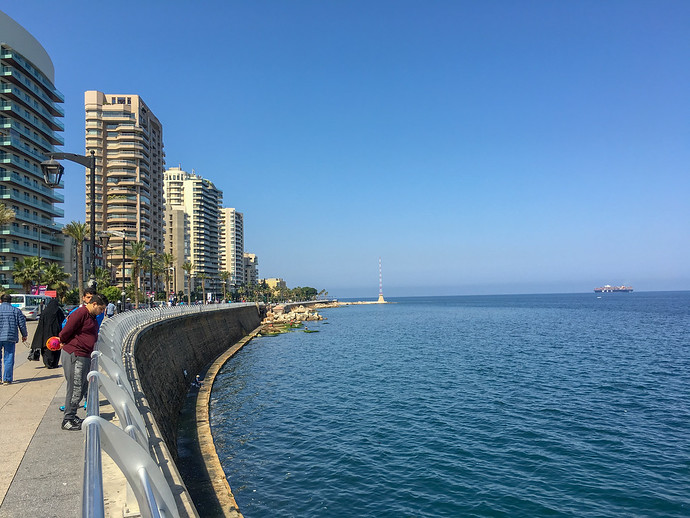 At the airport in Athens the young guy behind the counter asked me for my final destination, “Beirut,” I replied. His confused looked was followed by, “are you sure?” He wasn’t joking.

What I expected to find was a city struggling after years of war, in one of the worst regional neighborhoods in the world, mixed with 18 officially recognized religions who’ve all fought at some point. It sounds like a recipe for disaster and in fairness, much of its recent history has not been good. But somehow now, Beirut is working, and working well.

Everyone should visit here. Beirut’s a vibrant city that’s as good, bad, nuanced, and hypocritical as any of us. The deceptively polished corniche is a few blocks away from expensive, modern shopping centers that sit mostly empty – built for (often wealthy) Gulf state Arabs who come to enjoy fermented beverages and fashion not acceptable back home. If your style is more burqa, that’s fine too. Popular restaurants are popular with everyone, so long as you don’t preach to the table next to you.

Beirut is glaringly tolerant, I must be missing something.

Spruced up shopping districts are dotted with cranes meant for new high rises in between broken buildings from Israel’s 2006 bombardment of the city. Some facades have numerous bullet holes that looks almost unreal. Across the street you’ll find the best falafel in the world. Side-by-side businesses run by two brothers who hate each other, but not enough to move their shops apart. These guys have survived all Beirut has seen – the horror that was whatever caused all those bullet holes – but haven’t spoken in over a decade. The constant reminder that life is short staring these two 60-year old siblings in the face isn’t enough to budge their pride or falafel shops.

A walk from the corniche to the predominantly Christian neighborhood of Badaro is a 30 minute history reel as you walk through conservative Muslim neighborhoods, then past military fortifications behind barbed wire, after McDonald’s, and a few hipster-enticing pubs.

Beirut has seen some shit. And the city doesn’t hide it.

Maybe that’s why it seems to work, at least now. Maybe things have to get so bad for so long, that people simply got sick of trying to solve all the problems. Like the falafel brothers, the defacto state seems to be: you’re free to do what you want, but don’t tell me what to do – no matter how close we are, even if you’re literally next door.

Complicated recipes are usually easier to screw up, but Beirut’s blend might be getting something right. The secret sauce seems to defy all conventional wisdom so I hope someone is taking notes, nobody here wants to start from scratch.