How To Get To Caye Caulker From Belize City - foXnoMad

How To Get To Caye Caulker From Belize City 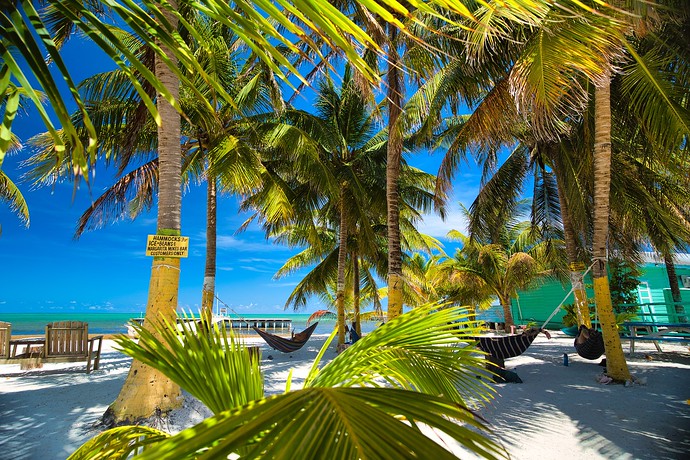 Caye Caulker is an idyllic island paradise off the coast of Belize City, Belize. It’s only 35 kilometers (~21 miles) away but it can be confusing to find out the best ways to get to Caye Caulker from Belize City. Fortunately, there are multiple options on getting there for various budgets and personal preference.

There are two water taxi options: Ocean Ferry and San Pedro Belize Express taking off from two small ports in town. To get to either port you can either grab a taxi from the airport (it should cost roughly $25-30USD) but be aware that official taxis have green license plates. Otherwise they look a lot like every other car. Secondly, you can arrange a shuttle in a private car using Viator, which ends up being cheaper (~$16) and more convenient. You just need to book it in advance.

Both ferries are roughly the same price (about $20 one-way or a discounted $37 for round trip) and take about 45 minutes. You’ll be able to keep your hand luggage and backpacks but larger suitcases are checked-in at the port and stowed away separately.

Roughly $200 for a one way to Caye Caulker from Belize City, you may prefer taking a flight if your arrival time into Belize doesn’t match with the ferry schedules. Flying is faster and the only additional step is to go from the international to the domestic terminal. As is usually the case, going by air is more expensive than by boat.

Flip It And Reverse It

Going back to Belize City from Caye Caulker, it’s basically the same process in reverse. The ferry docks in Caulker are not far from anything (nothing – not even the airport is far away on this 8km long island) and you can arrange the same car ride back to the airport from the port in Belize City. (It’s easier than getting a taxi there.) Tanned and relaxed one hopes, the departure is the hardest part so some just buy their own islands nearby.