Expand Your Horizons and Save Money with "Frenemy" Boat Trips - foXnoMad

Expand Your Horizons and Save Money with “Frenemy” Boat Trips 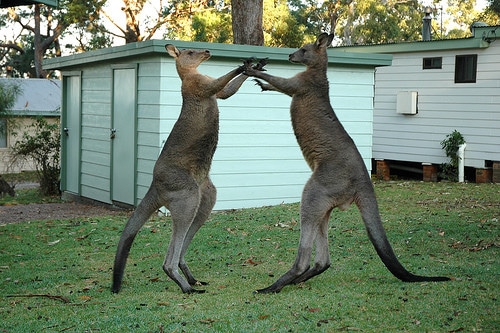 Often when making travel plans, backpackers especially, tend to select highly contrasting locales and miss out on subtle regional differences. You can easily add to the number of countries you’ve visited for a low price by traveling to national rivals over water.

Last week I asked you, who does your country love to hate, and several of you responded in the comments and via email.

Here are some “frenemy” boat trips to add to your 8 minute travel plans to the following countries.

Countries that love to hate each other are usually close geographically, have established travel routes, and cultural nuances that will help your understanding of the world. Travel by boat, cruises in particular, are low cost ways to get around and save money on hotels and food.

You’ll increase your travel efficiency by hopping a few borders in a region, rather than trying to stretch yourself all over the globe one at a time.

EDITED: [9/24]: It slipped my mind from my trip to Helsinski from Stockholm, but meals are additional to the cruise fare. The buffets are still generally cheaper than eating in either city, and you can fill up for a good portion of the day.