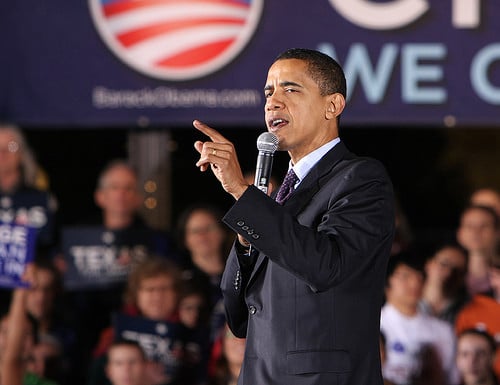 This post was originally to be published yesterday (1/20/2009) but I was traveling all day and not able to catch an Internet connection between flights. Here it is, a day late.

Barack Obama is being sworn in as the US president today and hopes are across the country that his administration will be able to fix many of the woes facing the United States. The few of you who responded to my poll last week believe that Obama will improve the travel industry, at least a little. His administration will have the opportunity to remediate a number of problems facing the global travel industry – except that the Obama administration is unlikely to do so directly.

As I predicted earlier in the month, 2009 is not going to be a good year for travelers. A number of ailments in the industry could very well become life-threatening affecting both US and international travelers. Here’s what the Obama administration needs to do, and why it probably won’t.

Upgrading the 30-40 year old air traffic control infrastructure is both costly and unglamorous. At an estimated $40 billion dollars updating the mostly manual system of guiding, tracking, and organizing landing patterns at airports to a computerized models (like much of Western Europe) is both expensive and time consuming. Currently the federal government is planning a roll out to GPS-based systems over the next two decades.

Such a change would allow air traffic control systems to keep planes closer together in flight patterns and use gravity and existing wind conditions to land planes with less engine power, potentially saving 40% of the fuel used to land a jetliner. The best reason for upgrading the air traffic control system however, is safety. Numerous close calls are reported every year due to overloaded air traffic control personnel and many more go unreported. It will take a disaster to push the public to call for a change – until then it’s unlikely to happen any time soon.

RELATED
Have Travel Influencers Let Us Down During The Pandemic?

2. Reviving The US Travel Industry

Despite the international travel boom, the US is in the middle of a bust. Visa restrictions and passport requirements (i.e. from Canada) make it more difficult for foreign nationals to visit the US – so they are choosing to go elsewhere. Recent changes in the visa waiver program don’t help either. Not reciprocating visa waivers of closely allied counties hurts the US economy at a time when Europeans should be flocking to the States taking advantage of the weak dollar.

The Obama administration is unlikely to reverse the recent visa and passport policy changes, which were supported by a number of his new Department of Defense staff. The Obama administration may however indirectly make the US a more appealing vacation destination if he can improve the international relations strained during the Bush years and improving the US image abroad.

An idea that can’t seem to get off the ground due to a disorganized front of disgruntled travelers is a passenger bill of rights. Nobody can agree on what the fundamental criteria for a set of traveler consumer protections would be, let alone create the legislation and move it through the state and federal courts.

RELATED
A Short Film To Inspire You To: Travel More

Obama’s new regulatory czar, Cass Sunstein, will be hard pressed to deal with the status of the financial-services industry, a top priority for the administration. Sunstein is expected to increase regulation in a number of areas – environmental, workplace safety, and consumer products – that had been deregulated under the previous Bush administration.

Although not directly, strong regulation of a number of industries and agencies that overlap with travel infrastructures is likely to benefit travelers. We’re not going to see  a passenger bill of rights out of it, but expect to see more court battles to ensure consumer protections against overbooking airlines, fuel price gouging, and sitting on the tarmac…for hours.

The entire world is waiting with hope for change – as a traveler, what are your expectations?