One of the potential topics to post on your blog when you haven’t traveled in forever is an imaginary trip to a place you haven’t been yet. Priyank from Final Transit and I decided to exchange travelogues to two cities we haven’t been to but the other has to compare our perceptions and expectations with reality. You can read his first 24 hours in Manila and later this month he’ll dissect my trip to St. Petersburg. Here is Part 2 of my imaginary trip. 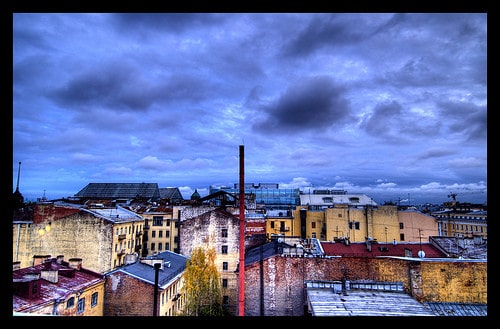 St. Petersburg, Russia is a widespread city that has European flavor that still has a chilly wind even in the middle of June. Vibrant, with an air of distinction, getting around town isn’t easy and you’ll end up paying a lot for just about everything. Having only 48 hours in the city I’ve decided to forgo the cost of a hotel or hostel and sleep at the airport. Once I cleared customs my first stop was to the Russian Academy of Arts. 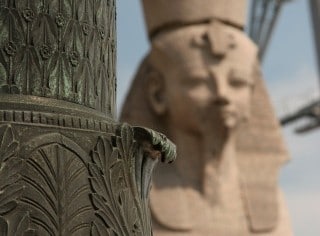 I was disappointed by the art gallery, not for the art but for the poor selection of a first stop. The most impressive part of the gallery, outside of the giant sphinx outside. The metro stops are far apart in the city so there is plenty of opportunity to look lost and confused, which you will in a city that feels like it’s getting by you. 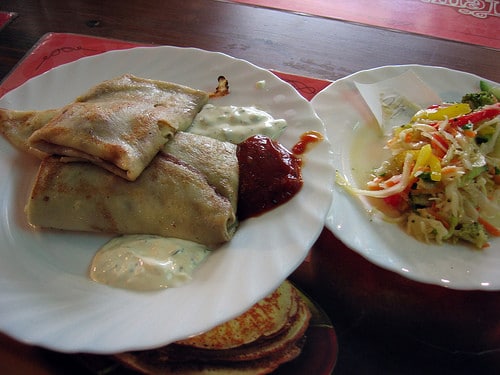 While wondering around I made my way into a small shop (generally the worst looking restaurants have the best tasting food) and decided to pick up a local favorite, “blin“. A blend between a French crepe and Turkish borek, the soft dough can be stuffed with meat, potatoes, or sweeter items like jam. Looking out over the Neva River I hopped on the first ferry I could find to get to a more active part of town. 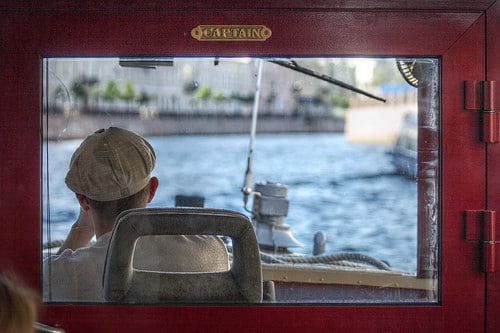 I’ve found St. Petersburg to be intimidating without being engaging. The city is active and while everyone appears busy it doesn’t seem that they wouldn’t mind a conversation. Historical towns can be tough to navigate and it’s easy to twist a 48 hour vacation into a history class and miss out on the culture right in front of you. Distinctly Russian, I can’t help but feel that St. Petersburg has a strong Western European influence which steals some of the mystique.

To find out more I’d have to dig deeper and skip the museums and get a taste of St. Petersburg, which oddly enough tastes like vodka.