Your Guide To Driving On The German Autobahn - foXnoMad

Your Guide To Driving On The German Autobahn

Driving on the German freeway, better known as the autobahn, is an experience onto itself. While it is a practical way to get around Germany (even though the country has an excellent public rail system) it’s just fun to drive on. Contrary to what most people may think, the autobahn is an organized road that isn’t a lawless, dangerous, completely unlimited speed limit zone. 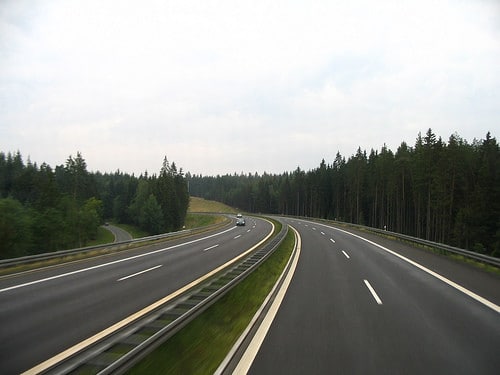 For starters, the German autobahn has speed limits. Sections of the road have speed limits based on their proximity to exits and towns – when you get further away from these areas the speed limit restrictions are lifted. The sign that indicates this is gray, with 5 diagonal lines you can see in the picture right, and lets you know you can go as fast as traffic (or your car) allows.

Despite the fact that there are no speed limits in sections of the autobahn, most people don’t drive as fast as they can. Most cars manufactured in Europe have smaller engines than you’ll find in the US, the official recommended autobahn speed is 130 kph (~80mph) and driving close to top speed burns fuel very quickly in a place where a liter is around $2.

RELATED
How To Rent A Tesla From Hertz

Who’s Can Drive On The Autobahn Legally?

European Union citizens, and American citizens from [36 of the 50] states can drive with their license from home in Germany for up to one year. Technically you’re supposed to have a translation of the license with you but for basic traffic violations most police won’t scrutinize a license too thoroughly. 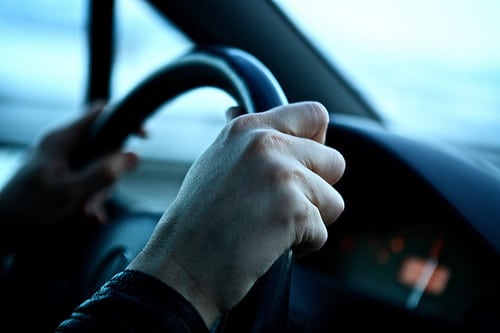 Go With The Flow

In many parts of the US, if you use your high beams to flash someone ahead of you they might simply slow down just to be a pain. On the German autobahn, this is a perfectly acceptable way to let someone going slower in front of you know you’re coming up and to get over. Cars don’t stick around in the left lane if there are others driving faster, like I mentioned above, it’s a good way to cause a major accident.

You should also use your signal blinkers whenever you change lanes, especially in speed limit free zones. 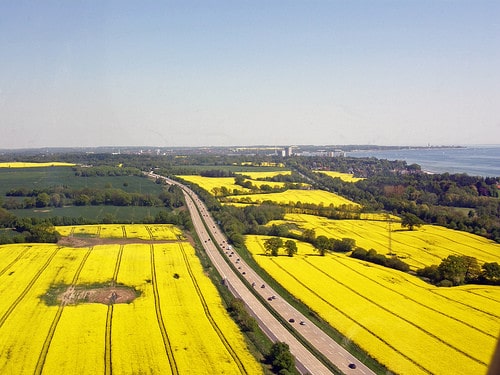 Sections of the autobahn without speed restrictions are generally very straight with few slight curves and bends. To maintain their resilience, the roads are scanned up and down using a series of devices that look for any breaks, cracks, and debris in the roadway. Crews also drive up and down the road continuously and quickly close down lanes to remove any hazards.

Don’t fear laying on the gas, the road won’t suddenly shift left or right and changes in the speed limit will indicate places where it’s safer to drive slower.

Give It A Shot

The German autobahn was created in the early 1910s and greatly expanded during the 30s to give unimpeded, fast access between different parts of the country.

It’s fun to legally go 240 kph (~150 mph) particularly if you’ve got the need, the need for speed. Motorcycle enthusiasts can also rent a bike, enjoy some of the smooth open roads, and take that one motorcycle road trip. If you do decide to take a car or bike out for a spin on the autobahn, aim to go on a Sunday, that’s when most trucks are restricted from using the autobahn, leaving more of the pavement for your enjoyment.