History For The Pages At Bibliotheca Alexandrina In Egypt - foXnoMad

History For The Pages At Bibliotheca Alexandrina In Egypt 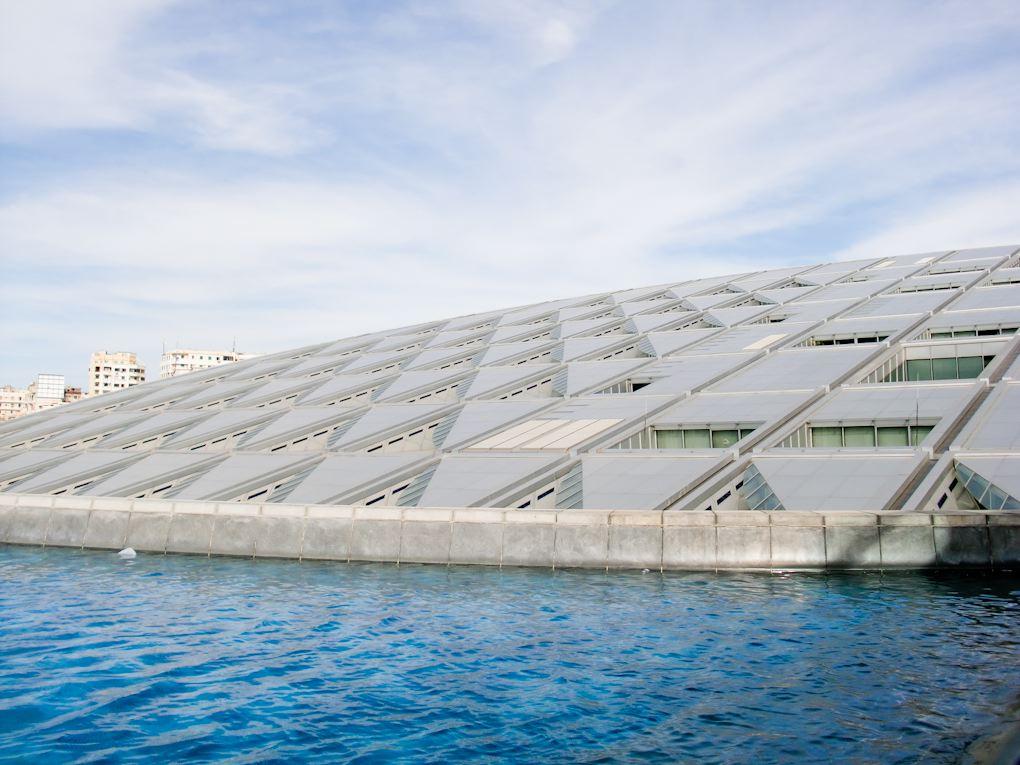 The Bibliotheca Alexandrina is actually built partially on the site of the Ancient Library of Alexandria, remnants of which were found in 2004. The center of some Roman drama near the height of that empire’s expansion, it has been suggested that much of the ancient library was destroyed by a fire Julius Caesar set during the Alexandrian War – devastating Cleopatra. Mark Antony, being the romantic he was, presented Cleopatra with thousands of books to replace those lost in the fire. When she asked him where they came from, I wonder if he mentioned it was from stealing the collection of the world’s second biggest library at the time (Pergamon) in modern day Turkey, or if its just the thought that counts.

The entire Bibliotheca Alexandrina complex is distinctly Scandinavian in design, with rounded walls and plentiful open spaces revealing its Norwegian creators. It can be easy to get dissuaded from visiting Alexandria when you hear the common line that the library is the only thing worth seeing in town. The term “library” deceptively hides the extent of how much incredible cultural wealth there is in the Bibliotheca Alexandrina and how visually engaging its design is. Aside from its impressive 11 levels of physical space, the Bibliotheca Alexandrina also acts as the only backup of the Internet Archive – which contains collection of all the websites ever created.

You can see more of pictures from Alexandria and reasons to visit in my photo album here.