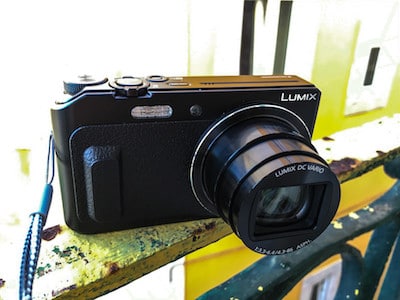 The best technology isn’t always the newest, particularly for people who travel often. Gadgets tend to take a beating when you travel, from jolts of bus rides to constantly being stuffed into backpacks and pockets. A generation or two behind the latest version of a product tends to have its manufacturing bugs exposed if there are any, plus often cost a lot less.

The Panasonic Lumix DMC-ZS45 digital camera is one such device – a combination of excellent photograph quality, features and reliability, not to mention incredible battery life.

From Lumix To Lumix

In 2014 I purchased (at the time one model behind the latest) a Panasonic Lumix DMC-ZS40 on the advice of a professional photographer who told me it was the camera to get if I wasn’t interested in a bulky DSLR. Immediately the quality of my photos improved and for nearly two years I took thousands of pictures around the world with a camera I wouldn’t have replaced if it didn’t develop a black spot in the lens after its limits were pushed on a remote tropical island.

In a way I’m glad it did since the DMC-ZS45 is an improvement on the ZS40 in almost every way.

Updating A Bit Behind

The Lumix DMC-ZS45 costs around $239, while the latest DMC-ZS60 will take a nearly $500 bite out of your travel budget. The main differences between the two most travelers would care about is the lack of time-lapse and lackluster video quality (maximum 1920 x 1080) of the DMC-45. To be honest the Lumix line of cameras never took video all that well but they excel in a number of photographic features you typically only find on much more expensive cameras.

You should not underestimate how useful a wide(r) angle lens on a camera can be if you take a lot of travel photos. A wide angle lens (the DMC-ZS45 goes as low as 24 millimeter) means you can get more in a shot from the same place than a camera that starts at the average 35mm. In other words, you don’t have to walk as far back to fit the stuff you want in frame, handy especially when there isn’t space for steps back to take. 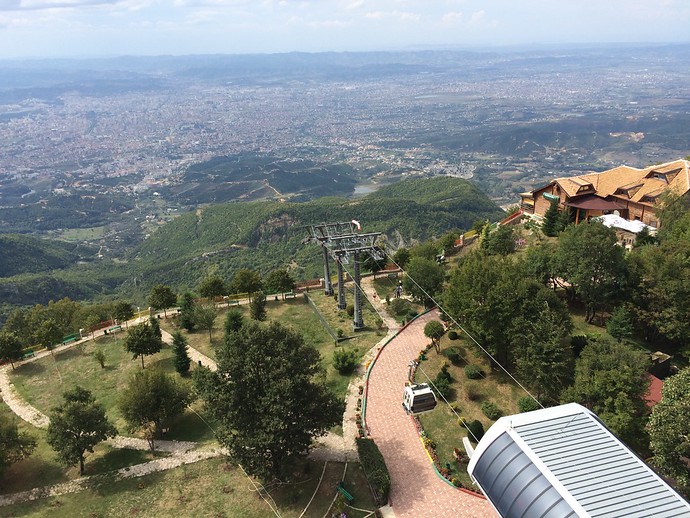 On the other end of the spectrum, the ZS45 has a 480mm zoom lens, optically enlarging your view by 20 times as well as a good marco mode, allowing you to take closeup photos from as little as 3 centimeters.

For every technology, there is a point of limited returns on many specs. In my tests the DMC-ZS45 powers up and is ready to take a picture in 8/10ths of a second; the DMC-ZS60 (officially) in 1.4 seconds. They both weigh around half a pound (roughly 280 grams). Yes, the DMC-ZS60 has a 24-720mm focal range, enlarging images 30 versus 20 times, and can shoot 4k video. Image quality, both for photos and videos will increase as time goes on, but the differences are becoming less noticeable. Cameras are light but can never be weightless and if you really need extreme zoom, you’re probably won’t ever be satisfied with a point and shoot.

The one spec there is never enough of however is battery life, where both of the cameras are amazing. The DMC-ZS45 officially takes 350 pictures on a single charge, but I’ve routinely taken more than a 1,000 in all kinds of weather. For all the differences between the latest DMC-ZS60 and the January 2015 DMC-ZS45 model, they’re not worth an extra $250 for most travelers. Besides, if you really want one, wait a year or so and it will probably be the cost the DMC-ZS45 is now.