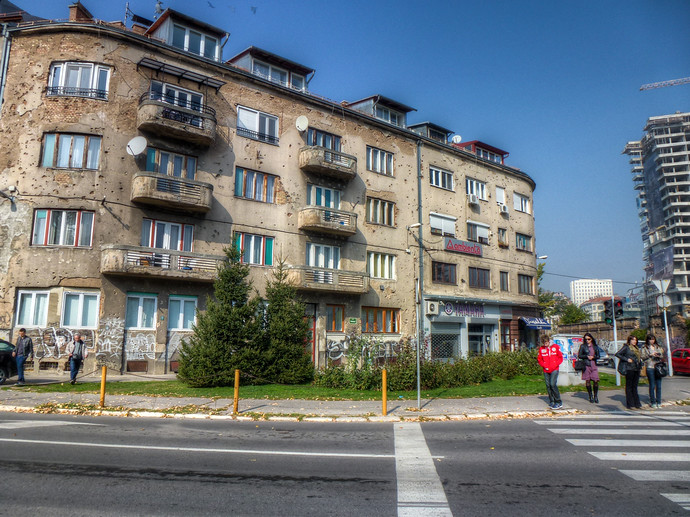 Modern Sarajevo, the capital of Bosnia and Herzegovina, is a small Balkan city sprinkled with cafes full of stylishly dressed young people. Nearly a quarter of the population is under the age of 25, meaning many were born after the 1992-1995 Bosnian War and as a visitor, you’ll have a hard time believing Sarajevo was under siege for nearly 4 years.

I speak with ‘Abdulah’, who leads several tours around the city focusing on Sarajevo’s history of conflict. Abdulah was 8 years old when the war began. He works as a tour leader because he doesn’t want anyone to forget or be ignorant about what happened in Sarajevo – the site of the first genocide in Europe since World War II. Also, he sheepishly admits, because he has no formal education. Abdulah’s primary school years were spent helping to smuggle grains into Sarajevo through the Sarajevo Tunnel, a 1,650 foot (500 meter) long underground passage beneath no-man’s land.

You can visit parts of the Sarajevo Tunnel, open as a museum for around $5.50 USD, open most days of the week.

He tells us Sarajevo has made a lot of progress in healing but if you look close enough, you’ll see scars from of the war throughout the city. As we walk along the Miljacka River, he notes the small potholes in the pavement filled with red resin, marking bomb craters where people were killed during the conflict. 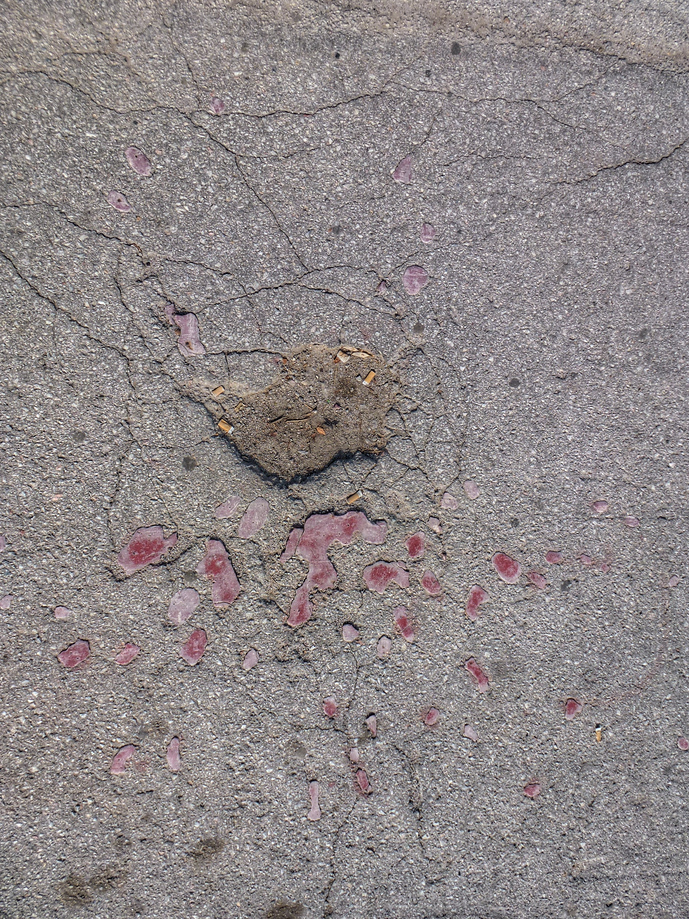 The paint is nearly faded. There used to be many more but as the years have gone on, newly poured asphalt for reconstruction has replaced these reminders of those lost.

Across the river’s waters is the bright, awkwardly yellow Olympic Hotel Holiday Sarajevo. Like Sarajevo’s abandoned Olympic bobsled track, the Holiday Inn was originally built for the 1984 games; later becoming a refuge for journalists covering the war. Walking by it, you’re now in what was known as Sniper Alley. The surrounding mountains as well as high-rise buildings made for ideal sniping locations, the result of which was over 1,000 people wounded, more than 200 killed.

Crossing the Vrbanja Bridge, Abdulah tells the story locally known as Romeo and Juliet. In May 1993, deals made with the local government were supposed to grant two lovers safe passage out of Sarajevo. On a bright afternoon day, Bosko Brkic and his girlfriend, Admira Ismic, confidently walked across the Vrbanja Bridge. Halfway across, Brkic, a Serbian, was shot and killed by sniper fire. His wounded love, Admira, a Muslim, died by his side. For 8 days, their bodies laid there, both Muslim and Serbian sides not willing to make the dangerous walk to gather the bodies.

Facing the Vrbanja Bridge is an apartment building, notable for the bullet holes that dot its exterior. This apartment, the very first photo in this post, like many of the other scars of the Bosnian War isn’t a museum piece. Simply, an apartment building where people still live. For some reason it’s the most jarring of all the war reminders. Perhaps because people live there now, it’s easier to imagine ourselves there today.

You may be wondering if Sarajevo is safe to visit though after a short time in one of the best cities in the world to visit, be surprised anyone even asks the question. How fast Sarajevo has changed is remarkable given its recent history but also a powerful reminder of how quickly any peace can be lost.