7 Good Reasons You Should Visit (The Country) Georgia Soon Or Even Better, Now - foXnoMad

7 Good Reasons You Should Visit (The Country) Georgia Soon Or Even Better, Now 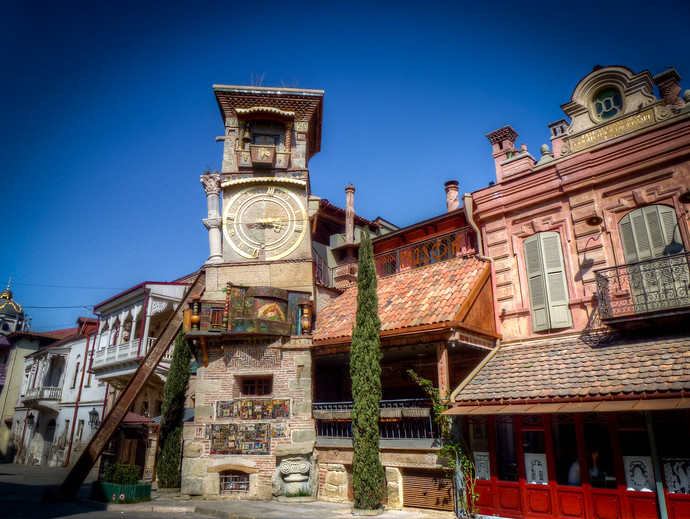 You might not know a lot about the country of Georgia, a lot of which is due to the fact that it’s hidden in a part of the world that doesn’t often make headlines. Georgia is a country that shouldn’t be a travel afterthought, especially in the near future, because pretty soon it’s going to be a destination you’ll be sharing with many more travelers.

Since 2010, tourism to Georgia has almost tripled, so if you’re looking for a place to visit that still feels a bit like you’re discovering it before everyone else, here are 6 reasons you should consider Georgia, probably within the next 2 years.

1. Georgia Has All The Things That Make A Travel Destination Great

In case you’re wondering what the catch is, well, for Georgia, there isn’t one. Georgia is a safe, stable country with walk-able cities full of history and inexpensive, unique foods. Georgia’s capital, Tbilisi, is fairly easy to fly to as most major carriers like Lufthansa have direct flights.

Being in the Caucasus (even having been to Georgia in the winter) it’s hard to get out of the notion that Georgia isn’t a 70,000 square kilometer (~27,000 sq. mile) ice cube during the winter months. Similar to not-so-cold Iceland, Georgian winters are chilly but not unbearably freezing. Tbilisi for example in December is an average of 7 Celsius (45 Fahrenheit). Still too cold? Temperatures in summer average in the upper 20s C (~85F).

3. Free Entry To Many Touristic Sites

Many of the popular places to visit like very solemn Metekhi Church, Tiflis Avenue Art Gallery, and Stalin’s bizarre birth home, are free of charge.

Although the prices in Georgia, particularly Tbilisi, are trending slightly upwards, you can still get a nice dinner out for around $9 USD. Private hostel rooms at Old Town Hostel are about $36 a night; given these medians if you really want to travel cheap or splurge, you’ve got plenty of room on both ends of the budget spectrum.

Georgian food is a mix of Turkish, Balkan, Russian, and Persian flavors not to mention they make damn good wine too.

6. Transportation Within Georgia Is Straightforward

For those of you who enjoy travel by train, you can get to Batumi (wine on the Black Sea coast on an overnight sleeper for $8 a person. There’s also a good bus system, inexpensive as well, for nearby cities you may want to explore plus Georgian Airways has local flights too.

As I mentioned earlier, Georgia has seen an increase from about 2 million tourists in 2010 to roughly 6 million in 2015. Georgia was the 49th most visited country in 2014, just under Sweden in overall tourists. For all of the reasons on this list – and much more – Georgia is likely to become a more popular place to travel.

Still, in Georgia now you can feel a bit like you’re discovering things right before everyone else with a more personable experience often difficult to find in more tourist-crowded places. After a visit though you too will be asking why aren’t more people visiting Georgia, a question on its way to being dated soon. Still, there’s time to experience a little more of the best Georgia has too offer, but not long.