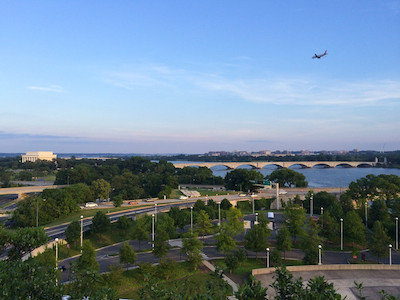 This is a guest post by Olivier Wagner, a Certified Public Accountant, U.S. immigrant, expat, and perpetual traveler who preaches the philosophy of being a worldly American. In his new book, U.S. Taxes for Worldly Americans, he uses his expertise to show you how to use 100% legal strategies (beyond traditionally maligned “tax havens”) to keep your income and assets safe from the IRS.

More people are renouncing their U.S. citizenship now than ever before. Each has their own reasons for doing this. Some are worried about the changing political landscape of today. Others pay attention to new rules and restrictions on freedom of travel, or (for better or worse) how the rest of the world views Americans. Mostly, they want to avoid all the complicated tax burdens that come with the territory of being a U.S. citizen. It’s not necessarily difficult to get rid of your American citizenship, but it does warrant a lot of deep thought, planning, and a bit of money to pull off properly.

Many Americans living abroad have never even filed their taxes, or else haven’t filed in many years. Some have been abroad so long that, aside from their passports and the occasional trip back home to see family, they have no real ties to the United States (not even a Social Security number). In their minds, they’ve long ago sworn off the idea of getting involved with U.S. taxes and would be completely financially unable to get caught up on them anyway.

U.S. Taxes For Worldly Americans: The Traveling Expat's Guide to...
Buy on Amazon

Some of these people have been very lucky to coast under the radar this long without any consequences. It’s very important that they get tax compliant as quickly as possible, and that they utilize every tool available to minimize their expenses. There are very large consequences to continuing to ignore this, yet so many people don’t pay any attention to it at all because it seems so overwhelming to consider. They may even take personal offense to having to pay anything at all.

RELATED
How To Travel To Yemen And Socotra Island

Foreign Banks Talk To The IRS About US Citizens

Things are only getting more complicated for Americans living abroad as time goes on. Starting in 2015, a new law went into effect across the globe requiring foreign banks to identify which of their clients are American citizens and report their name, address, and account balance to the IRS back home (although litigation between the Department of Justice and Swiss banks caused the trend to start in Switzerland as early as 2012). It’s called FATCA, and it stands for Foreign Account Tax Compliance Act.

Additionally, anyone holding an equivalent balance of more than $10,000 in foreign bank accounts must file an FBAR report. When the IRS receives this data, they will try to match that to the taxpayer on record as reported by the foreign banks directly. The penalty for willfully failing to file an FBAR could be up to 50% of the account balance per year, giving serious caution to anyone interested in holding even some of their money offshore (or $10,000 per account if the failure to file was not willful, and possibly zero if the taxpayer had a reasonable cause).

Some Taxes Can Be Avoided By Expats

Some Americans living abroad today know about the Foreign Earned Income Exclusion (FEIE), which allows them to exclude up to $101,300 (as of 2016) of foreign income from their taxable income. Nomads and expatriates who don’t make a ton of money will typically use this to avoid paying taxes at all in the US, but only if they know how to claim things on their tax return correctly. One can claim the FEIE by being an actual resident of a foreign country (a “bona fide resident”). There’s also a physical presence test for people who spend at least 330 days in any 12-month period outside the U.S. This is fine for those who have truly relocated outside the states, but what about others who still return frequently to visit friends and family, or split their time equally between multiple homes?

It’s important to understand that your tax situation will never be the same once you start traveling, yet so long as you remain an American you will always have some kind of tax obligation. The IRS will always be checking up on you, no matter where you live or work. But that’s okay so long as you can keep up with the new rules that apply to you, and learn to (legally) work the system to your advantage. You may even be able to reduce your tax obligation to nothing at all.

Thank you very much Oliver for sharing some of your expertise with many who might not know they owe taxes. Oliver goes further into detail in his highly rated book, U.S. Taxes for Worldly Americans.