What To Expect And How To Access The Internet In Cuba 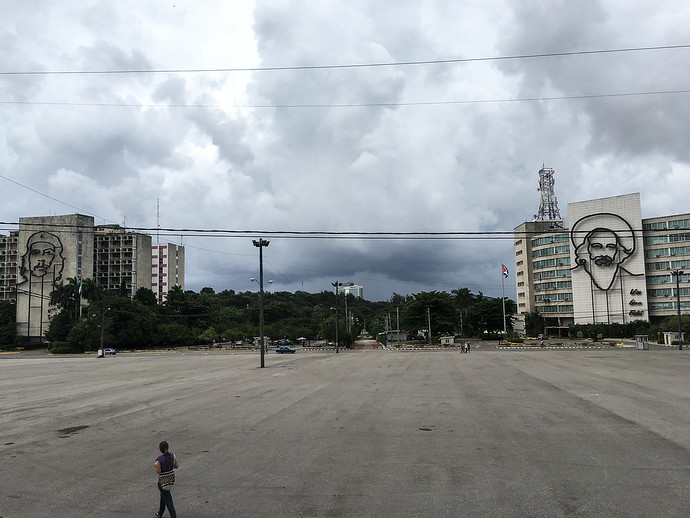 There are few major cities in the world where you can sit down, open your laptop, and see absolutely no wireless networks available in the wifi list. That’s because the Internet is extremely restricted in Cuba so in many cases, even in Havana, it will be impossible to get online.

Connections that are available usually are slow, flaky at best, and you can’t simply hop on any wifi network you find. Internet access in Cuba works differently than most other places – here’s how to get online and what to expect in one of the least connected countries in the world.

The Government Decides Where The Hotspots Are

There’s a reason why only 5% of Cubans have access to the Internet in their homes. It’s a privilege reserved to those with money – something in Cuba you tend to only have a lot if you’ve got the right government connections or are a visiting tourist. There’s a tiny chance if you’re staying at a casa particular in Havana the Internet may be available to you. For the most part though you’ll have to head to one of the bigger international hotels.

In Cuba there are roughly 240 total Internet access points with 40 being located in the capital Havana. Hotels are the main point for Internet access around the country. (Although some parks have access points as well, they’re often not working or too unreliable to use.) As a general rule of thumb, if a hotel offers currency exchange from the Cuban Convertible Peso (CUC) to U.S. dollars (USD) or euros, there’s a good chance they’ll have an Internet connection as well. Most anyone you ask will know where the hotspots are or you can just look around in the evening for groups of Cubans lit by the glow of cell phones sitting right outside a hotel.

You Need An ETECSA Card

There are two primary ways to get online: using the ETECSA card (La Empresa de Telecomunicaciones de Cuba) or purchasing a voucher from a hotel. The latter is a rip-off I don’t recommend because a voucher is basically is an ETECSA card with a you-don’t-know-better fee costing you 2-5 times more. 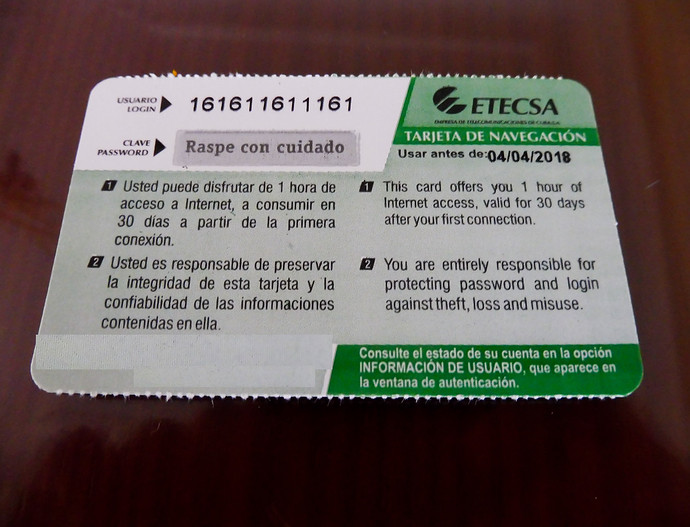 An ETECSA card gives you an hour of Internet for about $1.50 USD. (There’s also a 5 hour card for $7.50 that nobody seems to have.) After you connect to a given wireless network, you’ll need to enter the numerical username and password on the ETECSA card. It’s best to stock up on them since the cards are the gateway to your online access. ETECSA cards also work on those hotel networks who only offer vouchers. No matter where you are in Cuba, if there’s a wireless network, you’ll need an ETECSA card.

ETECSA cards are good for 60 minutes or 30 days, whichever comes first. Once you’re logged in and online using an ETECSA card, keep that particular browser window/tab open. ETECSA cards (hardly ever) log you out due to inactivity or when you close your browser, making them deceptively easy to unintentionally use up.

Don’t expect much from the Internet in Cuba when you get online however. The connections are inconsistent, ETECSA cards are moody when it comes to working, and at the best of times you’ll have a very slow connection. (About one megabit per second up and download speeds.) Surprisingly though, the Internet is pretty uncensored. You’ll be able to access nearly all foreign news sites, connect to VPNs – social media is open too.

Forget about Skype calls though due to the terrible connection; not just video but even audio calls are barely tolerable. A trip to Cuba won’t be what you think it is, but when you warn your friends and family you might be slow in replying to them, remember it’s hardly comparable to the lagging connections in western Europe. Plan on having practically no Internet connection at all, much like the 1950s Chevrolets, a throwback to consider enjoying while you can. Pores in Cuba’s iron border have begun expanding beyond the airport to include the World Wide Web too.