This past weekend over 10,000 people by my estimates attended Aniventure Comic Con Bulgaria, in the country’s capital city Sofia, including myself. One the best moments for me was meeting The Awkward Yeti cartoonist, Nick Seluk. His personal story of quitting his job and it’s connection to Heart and Brain, Lars, and his other comics was very inspirational. It’s a video I highly recommend you watch, especially if you’re pondering whether or not to follow a dream in your life.

I’ve been to lots of Star Trek conventions but this was my first dedicated comic convention. In terms of cosplay, Comic Con Bulgaria attendees had more elaborate, high-quality, handmade, work in much larger percentages than you see at a Star Trek convention. Cosplay was a big part of the Aniventure Comic Con and I took as many pictures as I could to share with you. 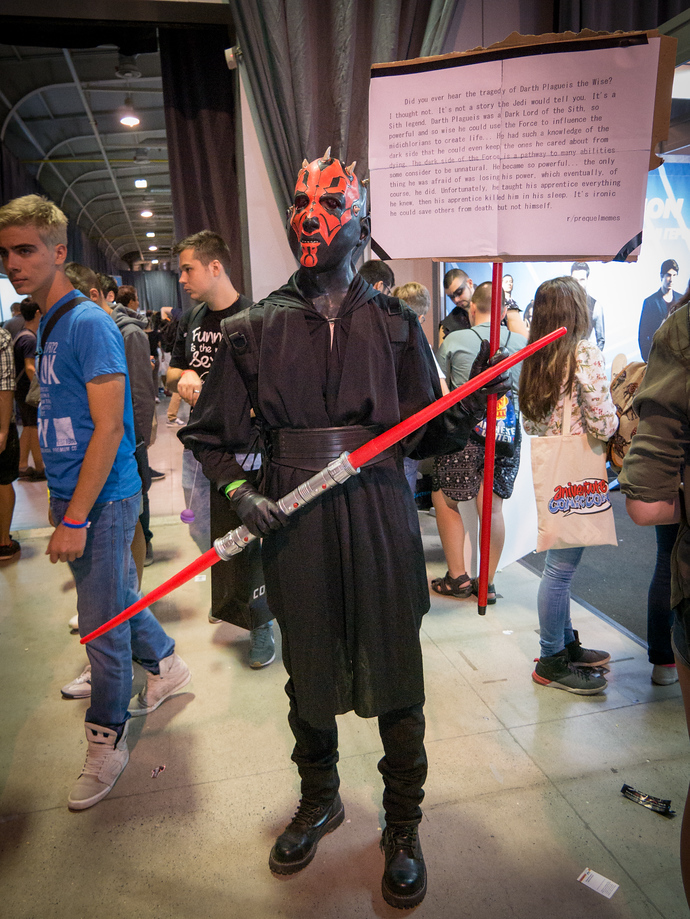 Since I’m not completely up on anime, I don’t have the descriptions of the costumes above. But, if you recognize any, please let me know in the comments below!