How Difficult Is It To Travel If You're Vegan? - foXnoMad

How Difficult Is It To Travel If You’re Vegan?

Recently, after posting photos of the vegan meals being served in business class flights on various flights, a reader asked how difficult it would be to travel after switching to a vegan diet. It’s a big question with a lot depending on where you go, how you travel, and your personal preferences.

How Strict Are You?

There are a group of very strict vegans and those who don’t mind eating an egg or honey on occasion. (Up to a third of vegetarians eat meat when drunk, for example.) People “go vegan” for a variety of reasons – health, animal rights, lactose intolerance – so you may decide on shorter trips to just do your best. If you do, it’s better to accept the decision completely; stressing about finding suitable food options can easily ruin a vacation. On the other hand, if you’re committed to sticking to a strict vegan diet, you’ll need to prepare.

Planning Ahead Is Crucial

You hardly ever need to show up to an airport 3 hours before a flight but if you’re going to fly as a vegan, at the very least you need to arrange your meals well in advance. Ideally, you’ll need to specify at booking that you want a vegan meal. Practically, you’ll need to call the airline as well because in most cases if you don’t, expect a vegetarian meal with cheese. 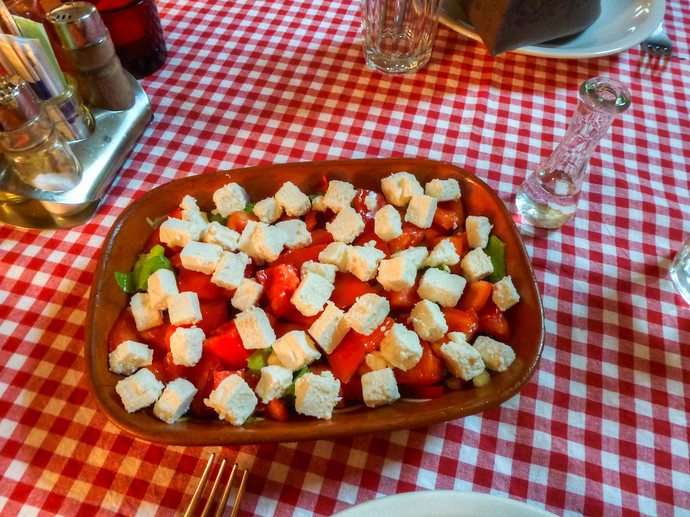 Also, you better get to a grocery store first as well, since vegan meals on flights are rarely completely vegan, not to mention mostly salads or vegetables. (Lacking the beans, nuts, and soy many vegans use to supplement their diet with appetite-satisfying protein.) Apps like HappyCow can help you find vegan restaurants but remember that grocery store shopping is going to be a regular part of any trip you take.

Many people often assume that more developed countries have more vegan options. Scandinavians use a lot of dairy in their dishes for instance and the Japanese tend to have a diet rich in fish. Conversely, nations with meat-heavy traditional cuisines like Serbia and Kosovo are excellent for vegans. Much of Turkish cuisine too, is unintentionally vegan. India, famous for its vegetarian cuisine, can be hard for vegans due to the common use of clarified butter (ghee).

RELATED
How Do You Swap House Keys When Traveling? 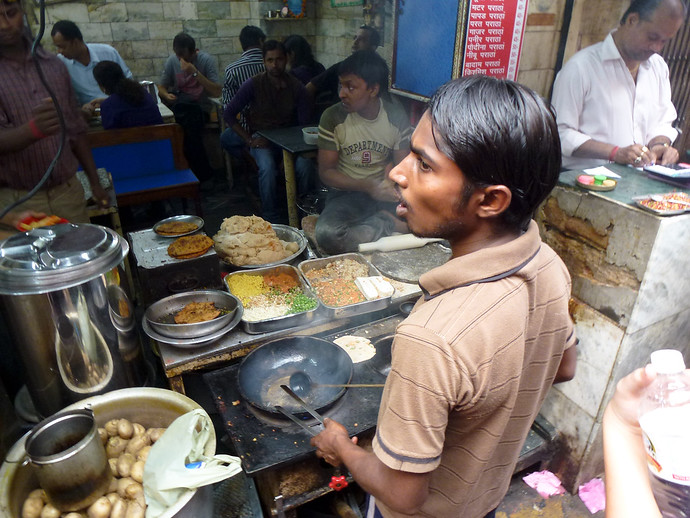 Vegan options actually vary much more between cities than nations. Germany, for example, isn’t the most vegan-friendly country but Berlin is one of the best cities for vegans. Larger cities tend to have more vegan options simply due to size, though it doesn’t always mean the restaurants will be close to your accommodation. Again, plan accordingly and get used to grocery store visits.

On the surface, it might not seem like a big jump to go from vegetarian to vegan because the world is getting close to being caught up on what a vegetarian is. Keep in mind that the concept of vegetarianism is still be confusing to many around the world, even though vegetarians make up about 20% the world population. There are far, far less vegans; therefore much less understanding of what vegan is.

To travel as a vegan you’ll not only need to get used to planning, shopping, and arranging your travels around the food you eat, but become very used to explaining as well. The summarized version of no-meat-no-dairy usually isn’t sufficient so study menus well, list ingredients, and accept that not every restaurant or waiter will be sensitive to your dietary restrictions.

Are you a traveling vegan? What would you add and what have your experiences been? Feel free to share in the comments below!