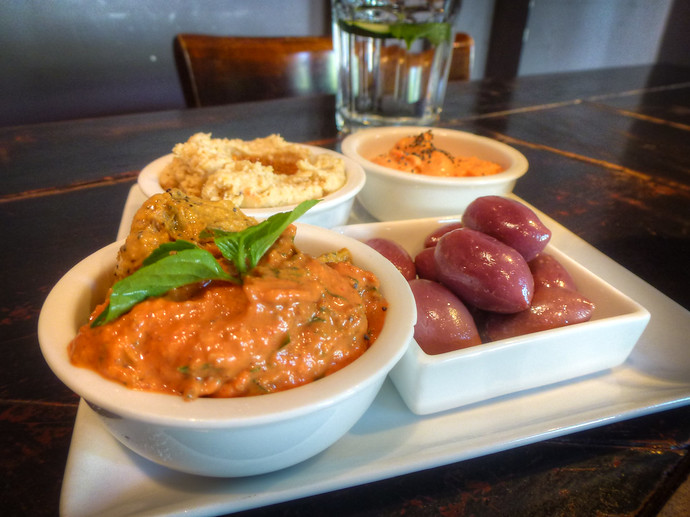 It’s hard to call something the “best” but Radost Fina Kuhinjica in Belgrade, Serbia serves excellent vegan and vegetarian dishes in an ambiance that would make it a great health-food restaurant anywhere. Radost is part of the very popular trend in the Balkans toward healthy, vegan, sugar-dairy-free foods in countries whose national dishes are often meats soaked in butter topped with cheeses.

Plan For An Afternoon

Radost is hidden across from the Belgrade Fortress and not the easiest place to find whether or not you’re using Google Maps. The restaurant is tucked away in an apartment, putting the first expression on people’s face a rather blank, “uuhhh, is this the place” look. Once inside though, you’ll see a cozy, renovated, vegetarian restaurant that looks nice without feeling arrogant about itself.

The aroma of the coffee though will set you immediately at ease. Radost’s caffeinated menu is varied with teas of all sorts plus coffees to give you a good afternoon kick. Although they officially open at 2pm, Radost serves drinks about an hour before. Like many vegan-vegetarian restaurants around the world, they’re not always the most punctual. Good coffee makes waiting for the daily menu – quite varied throughout the week – a bit easier. 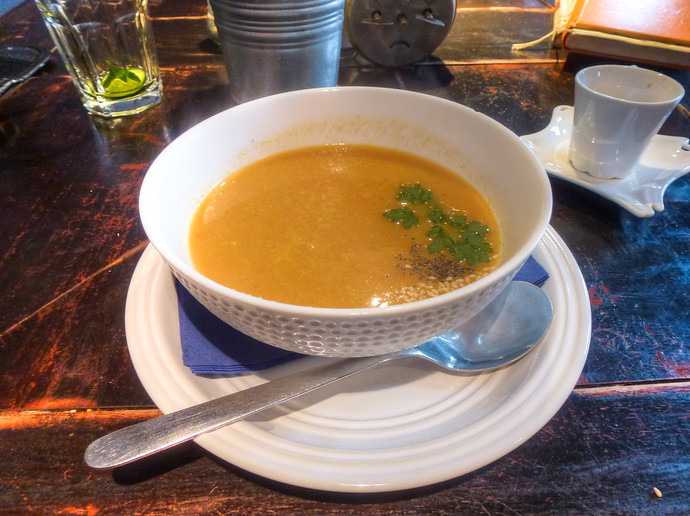 There are Tex-Mex options, both in vegetarian and vegan varieties, Balkan salads, veggie burgers, plus cakes of all sorts – with or without processed sugar, depending on your preference. Lentil soups, eggplant dips, as well as many other traditional Serbian foods that are vegetarian by default are tweaked to become vegan if requested.

Breaking Bread, Or Some Equivalent

Radost, located at Pariska 3, is open from around 2pm-midnight on most days. They also hold occasional events in the evenings, though I didn’t make it to any, a good opportunity for travelers to meet similarly meat-minded locals. Prices are a bit above the average for Belgrade (not uncommon for most specialty restaurants) but Radost is hardly expensive.

From the best restaurant in Pristina to A La Sante in Tirana, these vegetarian restaurants aren’t fortified vegan outposts on the other side of lines drawn in the sand as in many places. Rather, vegan cuisine is becoming an ever growing part of people’s occasional diets in the Balkans. In Belgrade, Radost is introducing an elegant, health-food dining experience to locals who are going out for a vegan meal on regular occasion – whether or not they love steak too.

RELATED
What It's Like Traveling As A Woman In Pakistan