The Best Restaurant In Pristina, Kosovo, Might Be The Best Health Food In The Balkans - foXnoMad

The Best Restaurant In Pristina, Kosovo, Might Be The Best Health Food In The Balkans

The concrete construction of Pristina, the capital of the small rebellious republic of Kosovo, isn’t the prettiest. Old cement apartment blocks with weathered paint are evidence of a stalled economy, the similar story shared by many disputed and autonomous territories around the world. A short walk up though from the dull apartments looking over Mother Teresa Square though you see something new, a restaurant bringing Kosovan food back to its main ingredients.

Aptly named Home Restaurant inconspicuously sits behind a small garden of lazy ivy while boldly serving some of the best fresh foods dishes in the region. Spend enough time in the Balkan capitals like Sofia, Bulgaria or Belgrade, Serbia, and you’ll come to find there is a lively petri dish of healthy eateries cultivating an ever growing number of unique vegan, vegetarian, gluten, sugar, whatever-weird-allergy-you-think-you-have free restaurants.

Home Restaurant, a lot like these other places however doesn’t alienate its cuisine, but rather incorporates locals dishes into its vision of the original.

Going Back To Roots

Many restaurants focused on health trends tend to think up original dishes with completely foreign ingredients, trying to create an entirely new cuisine to cater to vegetarians, vegans, or the lactose intolerant. At Home, traditional Balkan dishes are brought back to their origins of varied fresh vegetables, fish, meat, and hearty soups with plenty of legumes. A lot of Kosovan cuisine, like Turkish for example, is unintentionally vegan. 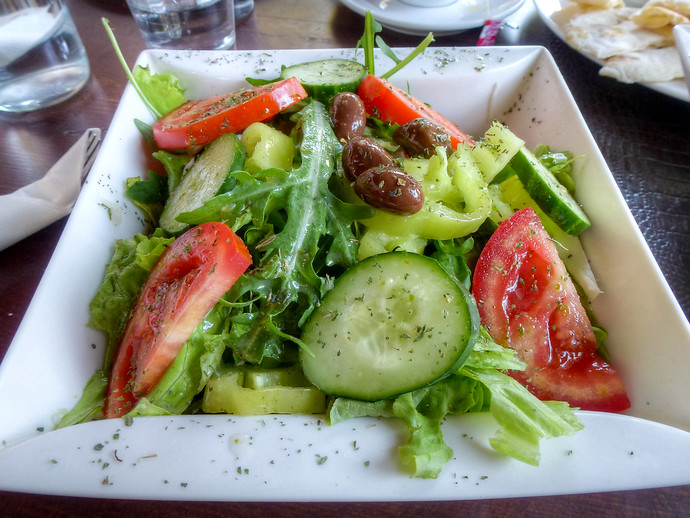 Home serves freshly cooked food daily and the menu variable enough that it too can change day to day. Aside from offering traditional meat dishes there are also modern touches like the sesame tuna steak or falafel for vegetarians. All of the meat and eggs are from farms – not the factory kind – sadly, a feature one has to look for in modern cuisine. The vegetables too are grown locally, something you distinctly notice in the taste of everything you eat at Home.

RELATED
How To Remove Stickers From Passports

As It Should Be

Home highlights Kosovan foods without constraining itself. The sauces are simple, vegetables in season, and care is taken to add to the ambiance by staff who – as cheesy as it sounds – make you feel at home. In case you’re wondering, the prices are also moderate by Pristina standards, cheap compared to much of Europe, even its eastern fringes.

At this point, I’m rambling on about how great Home is because I would go to Pristina just to eat there. There’s probably a deeper story about how it came to be in Pristina (since it’s a bit odd Home is there in the first place) but I never got around to finding out because I was too busy eating during each visit.

The excellent food is served by friendly staff at reasonable prices plus they offer free wifi (they also accept credit cards). You should not miss Home Restaurant if you’re in Pristina, and to be completely honest, it might be worth visiting just to eat there if you’re traveling in Skopje or other nearby cities.