You Don't Know You Like Belgrade Yet, But You Do - foXnoMad

You Don’t Know You Like Belgrade Yet, But You Do 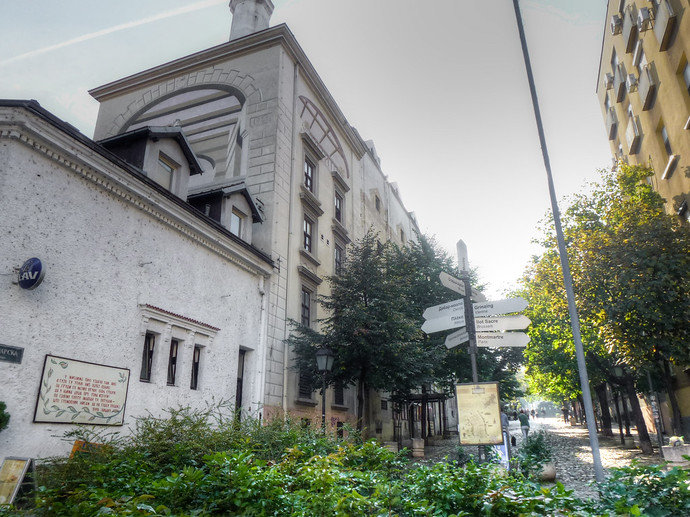 Serbia’s capital city is like an intimidating uncle you barely know who’s rough around the edges but when he visits is so interesting, you want to endear yourself to. For most people around the world, still, Balkan cities conjure up greying men with stern faces and apartment buildings dotted by bullet holes. And still, there are plenty of beer bellied 40 year-olds proudly packing man purses and old Communist apartment blocks that needed new pain a century ago, but now they’re filled with vegan food and jiu-jitsu schools that have nearly as many female fighters as men.

Belgrade is, like most Balkan capitals, surprisingly modern, if not a little weird, with Internet that’s faster than most anything in the West, offering the quiet, night, or high life depending on your preference and budget.

Getting Around The Not-So-Obvious

I’m often asked whether or not people in the Balkans speak English, or if there are ATMs in the major cities. To sum up, everyone under 35 (and a good portion of those older) speak English so accent-less it’s nearly distracting. There are ATMs everywhere, but many prefer to pay with credit cards, and half the population walks around hunched over the addicting glow of a cell phone.

There are parts of town you want to avoid and you should order your taxi from this number to avoid getting ripped off. In all, not perfect, but modern, and very familiar to most people who’ve seen Europe, America, or similar.

Traditional Serbian food is hearty meats, with lots of heavy sides like beans, creamy salads, and other dishes that make you feel happy when it’s frosty outside.

One of the best places in Belgrade to try home-cooked, traditional Serbian food is Gradska.

A 20 minute walk from central Belgrade, it’s location is so inconspicuous that you’ll doubt you’re headed in the right direction, no matter what your GPS says. (Getting a local SIM card for phone and Internet access is easily done from one of the small corner shops around town.) The waiters are very friendly, recommending what’s been cooked up fresh that evening (take their suggestion, trust me).

The Balkan version of veganism isn’t a militant one or the type where people restrict themselves to a diet which constantly makes them cranky. In Belgrade for example, people go out for a vegan meal occasionally but most don’t necessarily adhere to the lifestyle. Probably due to this softer attitude, many younger Serbians are open to the idea of going out for a vegan meal, since vegan and health-conscious options are often integrated into the menus of mainstream restaurants. Meat lovers might not drop buttered pork for pumpkin soup or beet burgers permanently but a craving could crop up occasionally after a trip to Radost. The coffee is also great, with or without soy creamer.

During my time in Ukraine, I met with a local expert on Ukrainian history, who mentioned once that eastern Europeans love to stroll, particularly on Sundays, looking into shops they have no intention of buying from. I have found this to be true from Romania to as far as Albania, Serbia being no exception. 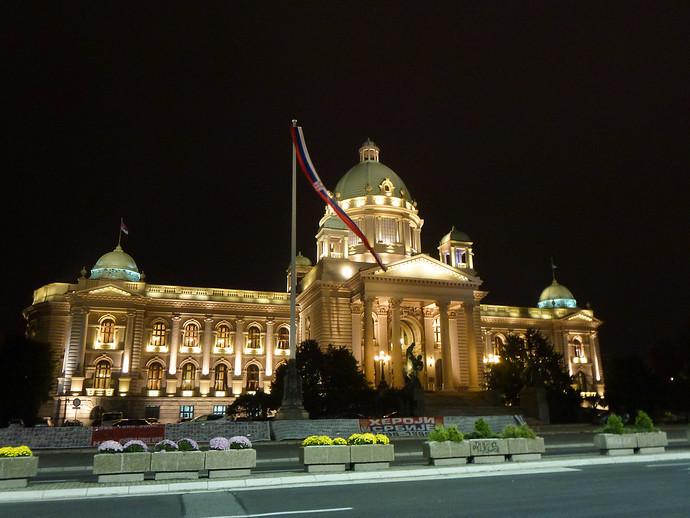 To work off the food, or work up another appetite, a hike up to the Kalemegdan (Belgrade Fortress) is worth the the views of the city and where the Danube and Sava rivers meet.

Many places around the world are a mix of “old and new” but Belgrade is a mix of really old, less old, new, and upcoming, under a microscope.

Training at the Gracie Barra academy, where I was warmly welcomed during my time in Belgrade, the instructor asks if I’ve ever seen this many women in a jiu-jitsu class. He takes pride in the fact that his school has opened up a very male dominated sport to so many women and children as well. Walking out of the class after a training session I hear a band practicing heavy metal in one of the large rooms nearby, echoing off the halls. All of this takes place in the mostly abandoned BIGZ building, the former headquarters and printing press of National Printing Institution of Yugoslavia. From Communism to choke holds, Belgrade isn’t taking the conventional road to modernity.

Belgrade is making its own path, while retaining Serbian culture with a toughness cultivated over a history of harsh winters, wars, and general hard times. Frankly, Belgrade is cool. Like much of the Balkans, staring at you with a strong, straight face, you’ll have to earn your smiles. Once you figure out how though, you’ll leave feeling a part of the group.