Asen's Fortress Is A Hidden Day Trip In Bulgaria - foXnoMad

Asen’s Fortress Is A Hidden Day Trip In Bulgaria 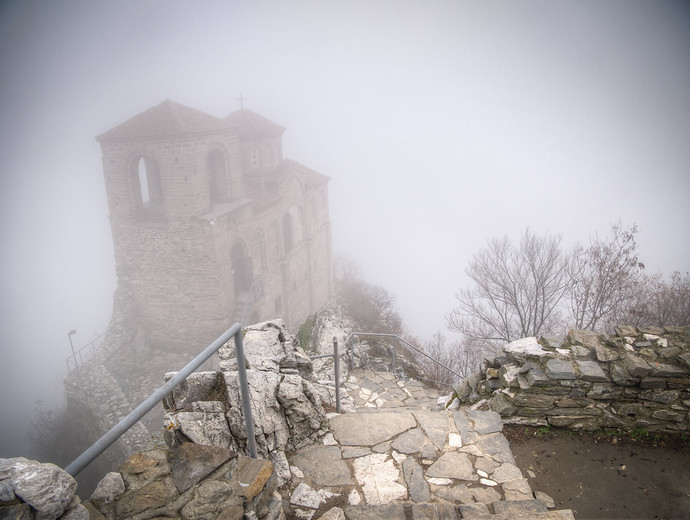 More than a few visitors coming to Sofia or Plovdiv tend to miss Asen’s Fortress, an easy day trip from either city tucked away in Bulgaria’s mountains. Likely built by the Thracians roughly 2500 years ago, its unassuming remains obscure the fort’s interesting past. Only two hours away from Sofia and less than 30 from Plovdiv, there are several tour operators running shuttle buses here but if you’re up for it, renting a car gives you more options with fewer crowds.

During the fall, winter, and colder days of spring you’re likely to be the only visitors around, having the entire fort to yourself. Walking around the grounds though might not be for everyone, there are a lot of stairs and steep climbs to be aware of. Even so, just stepping out to the front entrance can give you nice views of below.

Well preserved and restored if you do make the climb up you’ll see the Church of the Holy Mother of God. Built in the 12th or 13th century, it was the only remaining part of Asen’s Fortress which was mostly destroyed in the 14th century.

Seeing the obvious issues a place like Asen’s Fortress might cause, it is thought Sultan Suleiman destroyed it to prevent a figurative thorn in his western side.

You can often catch wonderful views, even on a cloudy day as the winds tend to carry breaks in between the mists of the mountainside below.

Asen’s Fortress is open Wednesdays through Sundays from early in the morning through later in the day (8am-5pm). There’s a nominal fee to enter this beautiful place to explore. During the colder months remember to wear good shoes, watch your step, and make your plans around any potential snow.

Further north you can find Belogradchik, a fort built into the natural rock formations, climb Vitosha if you’re staying in Sofia, while all the time keeping in mind they nod backwards here. So when ordering one of these local dishes at a restaurant, they will be bringing you a coffee – unless they’re nodding up and down.