How To Detect And Find Hidden Cameras In Your Airbnb Rental 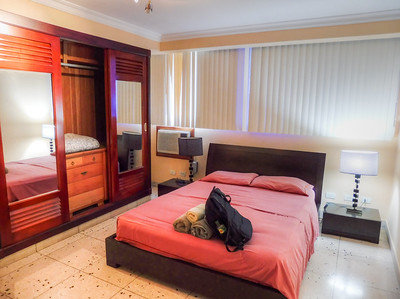 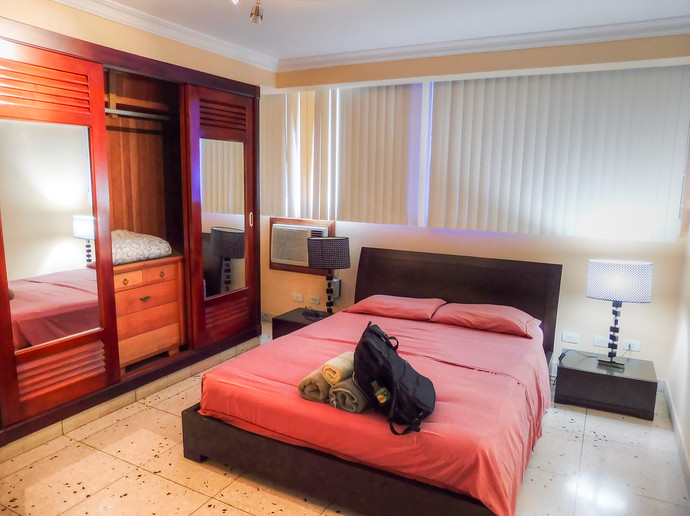 There are so many stories being about people finding hidden cameras in their Airbnbs that it can make any traveler wonder whether or not you’ve been watched – or will – the next time you rent from Airbnb. The number of cameras that haven’t been found is a disturbing thought and more renters on Airbnb are installing surveillance to their properties.

Given the number of incidents combined with shrinking cameras, you’re not a crazy conspiracy theorist to want to take matters into your own hands. Here’s how to search for and detect hidden cameras in your Airbnb rental.

First, start with the obvious and be sure to read the entire Airbnb description of any place you’re considering renting. Airbnb requires that all hosts disclose any surveillance devices in a property, even if they’re not active or plugged in. It’s an honor system and cameras are never allowed in any private area (i.e. bedrooms and bathrooms) but it is worth checking to see if there may be security devices monitoring the Airbnb entrances or common areas like the living room.

After you have booked a place, upon arrival you can begin a survey to look for any cameras or listening devices. Don’t connect to the apartment’s wifi just yet. Also, assume you are under video and audio surveillance until you’ve finished a thorough check.

The first step to bug sweep a room is to look for obvious and common hiding places:

Look for any signs such as a small recording light (it sounds dumb but more common than most assume), wires that don’t connect anywhere obvious, and especially the small round glass which is a telltale sign of a miniature camera lens. Turning the flashlight on your phone to maximum can help you detect glass glare, in the dark works best.

These two apps can help you detect camera glass glint.

Assuming you haven’t found anything, the next step is to connect to the wifi in the Airbnb.

Many hidden cameras connect to the home network so they can stream or send what they record somewhere over wireless. Now, connect one of your devices, laptop or mobile phone to the Airbnb’s wireless network. Using the app Net Analyzer (free for Android / iOS or AngryIP for desktop) you can see all of the other devices connected to the wifi network. (In Net Analyzer at the bottom left LAN > then upper-right Scan.)

Ideally, you’ll see only two devices, the wifi router and the phone you just connected. Any other devices that show up mean something in the Airbnb is wifi enabled and connected to the network. That doesn’t necessarily mean anything suspicious, it could be the smart TV. Now, unplug everything in the apartment you can: alarm clocks, fans, smart TVs, chargers or converters.

Run Net Analyzer again. In case you still see something you don’t recognize connected to the network, that’s odd, but it could be you missed something to unplug or your boyfriend couldn’t wait and entered the wifi password on his phone while you were bug sweeping. Once you’ve accounted for any obvious devices on the network, if you still see something, I would take a close look at the smoke and motion detectors as well as any other electronic you couldn’t unplug.

There are two types of devices you can use to properly bug sweep a room, apartment, or home. On the lower cost of the spectrum, the MaQue Anti-Spy Bug Detector shows you where radio signals are emanating from as well as has a small viewfinder that can reveal hidden camera lenses.

More expensive detectors like the Spy Hawk Pro Sweep have a wider range of detection capabilities, which is clearly reflected in the price. Both products can give you some piece of mind when you’re staying in an Airbnb (or hotel room) but aren’t foolproof and professional bug sweeping costs tens of thousands of dollars.

In Case Of Camera

Finding a hidden camera in your Airbnb is a disturbing discovery you hopefully won’t have to deal with but if you do, immediately document as much as you can. Photograph and video any evidence of hidden surveillance as best you can, then find alternative accommodation. (I’m guessing you’ll opt for a hotel rather than another Airbnb.)

Although they don’t have the best record responding to such incidents, report it to Airbnb first. Depending on the local laws, you will want to report it to the police as well. A well-placed tweet to a local journalist might also help your case with Airbnb to get scummy people appropriate punishments.

Despite the negative press, hotels aren’t immune to hidden cameras and using this trick or a reverse image search can get you discounts on an Airbnb, which is often a nice way to enhance a local experience. You’ll just have to keep in mind you might be being watched or listened to anytime you’re staying away from home – making a bug sweep part of your accommodation.