Having recently attended Europe’s official Star Trek Convention Destination in Birmingham, it was hard not to compare it to Creation’s Las Vegas convention. These two events regularly trade places as the world’s largest gathering of Trekkies worldwide but Destination can learn a lot from its more mature competitor.

You can watch my full review and see some of the best cosplay from Destination Star Trek in the video above or read on. (For non-fans, here’s why people go to Star Trek conventions at all.)

Despite thousands of attendees gathering in a massive convention hall, Destination Star Trek felt more like a smaller fan-run show. Having a huge wide open space in the National Exhibition Center (NEC) meant never feeling cramped and it was easy to get around. Unfortunately, this also meant that the speakers from various talks would often overlap, making them difficult to hear. Talks which were mostly not free to enter either, something you would have to have known weeks in advance to even see the most popular actors. 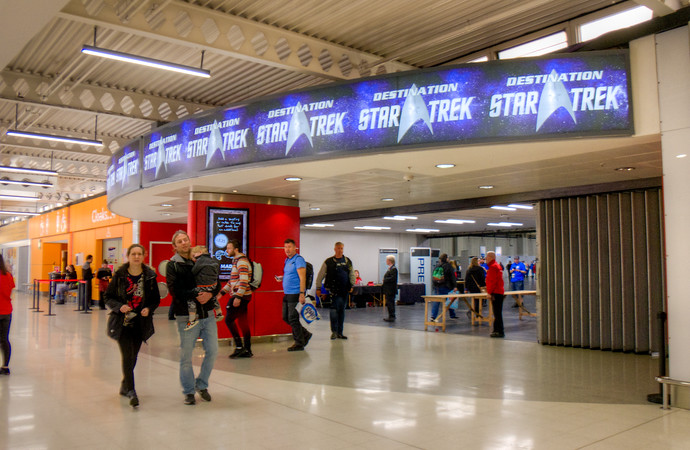 For some, the option to have weekend tickets, day tickets, plus have tickets that include some talks might be desirable. Generally though a more straightforward all-inclusive set of options would be less confusing and expensive overall. Hate luggage fees? Destination Star Trek’s ticket model feels too similar.

RELATED
A View Of The Red Sea From Kempinski Hotel Soma Bay In Hurghada, Egypt

Space Seeds To Improve Upon

Like the paragraphs above show, the good parts of Destination Star Trek invariably lead to revealing its poor execution. Large open space? Great. Places to sit and take a break? Not many convenient ones inside. Cosplay? Enthusiastic but contest showing was obscured. Side events? A few. Where are they? Not clear nor are what the entry tickets include. 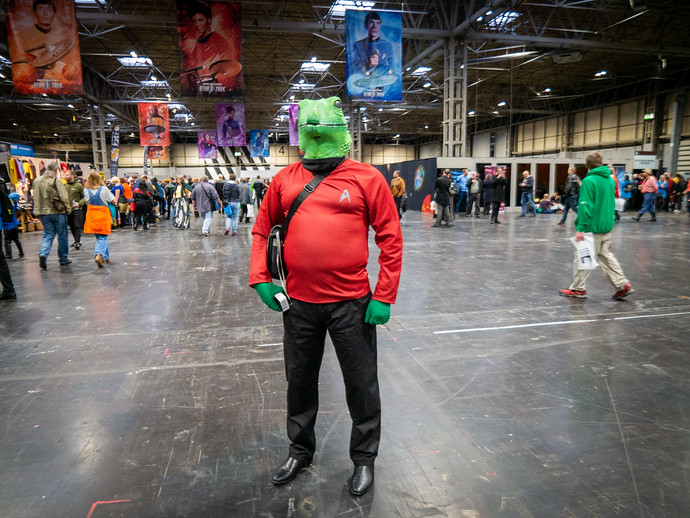 Destination was very much more like a Star Trek trade show, rather than an immersive Comic-Con style weekend. Sci-fi television is what brings people through the door but meeting other fans, having drinks, and all the other reasons people people socialize is what keeps everyone coming back.

The Las Vegas Convention despite its largest variety of talks and vendors, is ideal for hanging out. It’s what brings Star Trek fans back year after year, to hang out with the friends they’ve made at prior conventions. All the talks are included with the price of admission and there are plenty of seats to sit with several bar/cafe areas close to the action.

It has taken Creation’s Las Vegas Star Trek Convention a few years to recognize the need for these elements. Destination has a few other good starts like professional moderators (Las Vegas’ Convention co-founder shoehorning himself into insufferable fan-gushing over actors derails far too many talks.) Destination Star Trek’s Birmingham NEC location also had a good food selection (Las Vegas’ options are terrible and terribly overpriced) plus the staff were very friendly and helpful.

In the closing remarks the founder of Destination Star Trek mentioned his desire to improve the young (8 year old) convention year after year. Hopefully attendees will respond to their feedback emails and share this post as well – Destination has a lot of potential that will hopefully be realized before warp drive.