Luggage fees are a bane that travelers can avoid with thoughtful preparation, a positive attitude, and some luck. By using the airline’s rules against them you don’t have to get caught up in the airline feeding frenzy and can weave your way around ever increasing charges and fees. 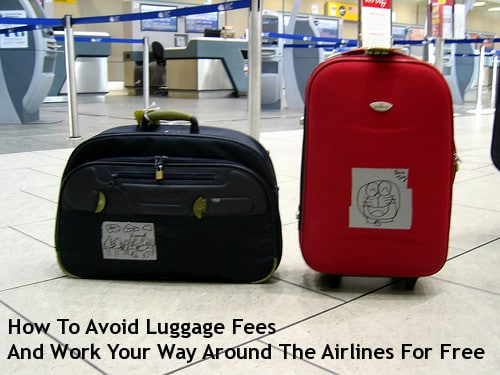 Find Out What You’re Up Against

Most of the exact weight limits and carry on restrictions vary across airlines as well as between domestic and international flights. Don’t assume you know what they are, even if you have a rough idea – you don’t want to be caught 5 kilograms over and $75 short because you didn’t do your homework.

You’ll also want to know what the airline defines as carry-on luggage as opposed to “personal item or baggage”. In addition to the weights, make sure your bags fit (or look like they do) the rough dimension requirements as well. 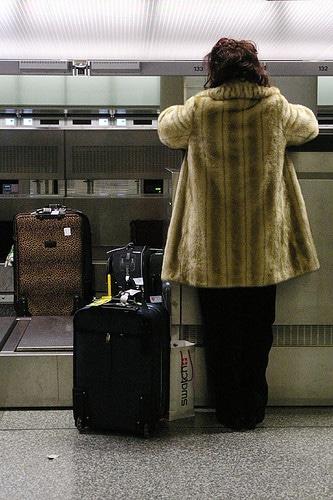 Have An Extra Bag At Check Out

In general it’s best to stick to a single carry on when possible, but have a second bag with you when you check in for your flight. This bag will be used to temporarily dump any extra weight your suitcase is carrying during the weigh in process. It doesn’t have to be a fancy bag either, large plastic shopping bags seem to work best. (They also don’t tend to get weighed by airline staff for some reason.)

If your checked bag does happen to be overweight, take out the heaviest items and place them in your temporary bag. Ask to have the bag re-weighed and don’t worry about holding up your fellow passengers. Once the bag is under the luggage limit and the fee avoided, you can try putting the items back into the larger bag, check both, or take the temporary bag with you on the plane.

Airline luggage restrictions are almost always per bag. They don’t consider total weight so having a small temporary bag with you is does the trick in most cases. Also, never check your electronics or valuables in your checked baggage – if it can’t be avoided, be sure to pack them low and under clothes to obscure them.

RELATED
How To Take A Day Trip To Andorra From Barcelona 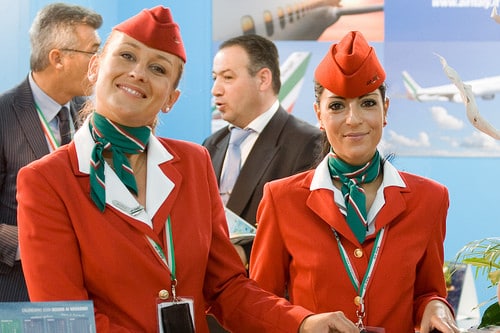 Charm Yourself A Few Grams

You may yourself have had that unspoken negotiation with an airline employee; quiet eye contact pleading your case when your suitcase is just slightly over a baggage weight limit. Using your charm and friendly attitude you might just be able to get away with it, so long as you get your relationship off to a good start.

Just how much over you can be is often up to the airline employee but at 10% you’ve got a pretty good chance and with some luck and charm 20% isn’t out of the realm of possibility. 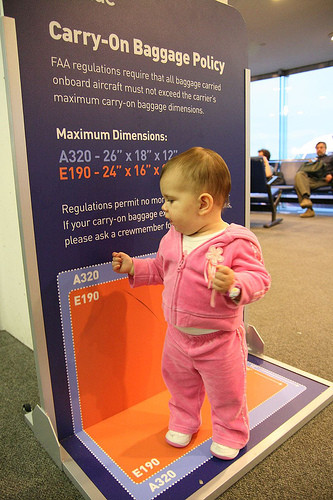 Be Discrete With Your Handbag

Some airlines have begun looking for over-sized carry-on bags (and charging you for them) at the boarding gate. If your bag is over-sized or won’t fit into the small display common in many airports now, make sure you don’t draw any unwanted attention to it.

RELATED
Save Money On Utah's Mountains By Visiting In Summer

It’s also a good idea to board when it’s busiest – your slightly bulging backpack is less likely to be noticed in a crowd.

Avoid The Fees By Traveling Light

That seems simple enough but when packing it’s tempting to try and fit just one more souvenir paperweight or bottle of wine. Give yourself some slack before departure and keep your suitcase weight under 80% of the limit if possible. That will give you some room for things to bring home on the way back.

Despite your best efforts though, sometimes baggage fees just can’t be avoided so you should include them in your simple travel budget. Any money you don’t pay for fees can be added to your savings or for a fancy night out – at least you’ll have it to spend on something else! For multi-city flights or RTW trips just be sure to lighten the load before your next flight so you don’t keep paying over and over again.