What It's Like To Get High On Khat - foXnoMad 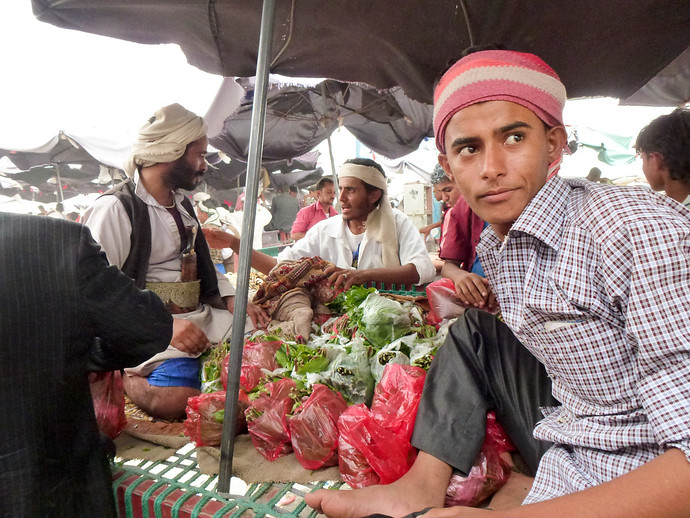 2013: Somewhere in the middle of nowhere Yemen, my toothless driver turns around to ask if I want to chew as we make our way across mountain roads. It’s become an important ritual by now; every day around 2 in the afternoon, he and most every other Yemeni, jam wads of khat leaves into their mouth to chew on for hours. Entire cities shut down after midday around khat time, not fully starting up again until the next morning.

It took me a few days but eventually friend and fellow blogger Derek and I gave in, here’s what it’s like to get high on khat.

Khat or qat refers to the leaves of a tree sold in countless markets around Yemen and east Africa. Khat is illegal in many countries and considered a performance enhancing drug by some athletic bodies, mostly because it’s a stimulant. Research on khat is limited but given that everyone I saw in Yemen was chewing it on a daily basis, it’s probably highly addictive. Khat’s also terrible for your teeth – toothless smiles reveal which side of the mouth people tend to keep their khat on.

Khat is a big part of the culture in Yemen and east Africa where The Pirates Of Somalia repeats a common local joke: khat will either make you talk a lot or sex crazy. I’m sorry to disappoint you if you’re looking for a fantastic way to get high or an herbal aphrodisiac but khat’s effects are more like drinking one cup of coffee too many.

RELATED
How To Get To Caye Caulker From Belize City

The khat process though is a cumbersome one. First, you begin by shopping for the khat leaves. Khat’s only good for about a day so you’ll need to buy fresh. Then, you begin to chew the leaves without swallowing. You want to get a buzz and then constipated, eating the leaves only gives you the constipated side effect. As you eagerly or fearfully wait to become a talkative sex maniac, you keep chewing, making sure to keep a large ball of khat clearly visible from your cheeks. 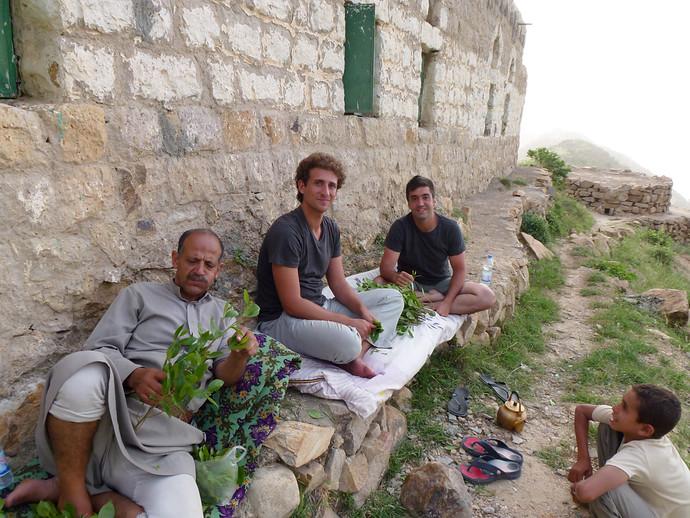 Khat takes about 2-4 hours to kick in, so you’ll need to chew diligently. The leaves taste like you might imagine the grass in a field does, bitter and earthy, one of the random things you’ll be very focused on contemplating after an hour of chomping.

Khat gives you a fuzzy focus as amphetamines tend to. Very mild though, after the second or third hour your mouth will start running. Imagine a kid who’s eaten too many cupcakes or your friend who can’t handle a large Starbucks. That’s khat. I’m not sure where the sex crazy rumor comes from, it’s probably a way to make khat seem much more mind-altering than it is.

Khat seemed to me to be much on par with coffee, though with bad side effects. Aside from the long-term dental effects, khat might also cause cancer and depression. Due to limited scientific studies of the plant, nothing conclusive has been determined but it’s probably pretty bad for you. Especially daily consumption.

The other side effect is water. Prior to Yemen’s civil war, one local farmer told me the country was selling itself into drought. Yemeni coffee should be world famous (the drink originated in nearby Ethiopia) but corruption, war, and turmoil hurt exports. Khat however, is locally very popular. Unfortunately, khat trees use many more times the amount of water than coffee plants and because khat can’t be (legally) exported to most places that don’t already grow it, ultimately it’s become a major economic burden.

Khat, in Yemen, is a social network nothing digital comes close to. Hours long conversations, daily khat shopping, and open discussions create friendships on the spot, leading to a lifelong side effect of close bonds with individuals who have all since been displaced, or worse, due to the ongoing conflict there – although good Yemeni coffee might have done the same, without the tooth decay.