The Oldest Cathedral In Scotland Says A Lot About Glasgow - foXnoMad

The Oldest Cathedral In Scotland Says A Lot About Glasgow 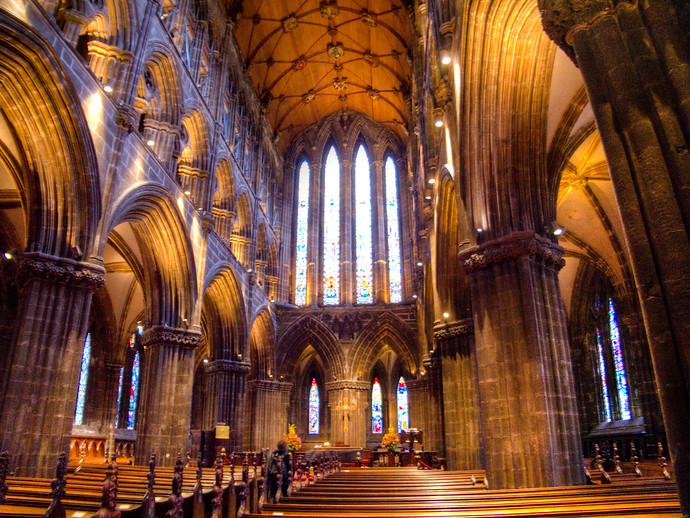 The Glasgow Cathedral, completed by 1136, is a prideful building that’s seen two religions, survived the Reformation, and where classes of the University of Glasgow began. You don’t normally associate the word tough with a cathedral but in Glasgow, Scotland, it couldn’t be more appropriate.

In 1502 the Cathedral was the place where King James IV signed the Treaty of Perpetual Peace with England. Somewhat ironically, the Glasgow Cathedral was then used to house artillery during the Battle of Glasgow in 1544, somehow surviving artillery fire itself.

Roughly 20 years and two Scottish kings later, the originally Catholic Glasgow Cathedral ensured its survival to this day through a bit more serendipity. James VI traced the ownership of several lands to Archbishop Gavin Dunbar, who had left an £800 legacy for the cathedral’s upkeep. James VI gifted this money for the repair of the Glasgow Cathedral ensuring its existence 500 years later for tourists to visit free of charge.