Interview With Grant Lingel, Author Of Imagine: A Vagabond Story 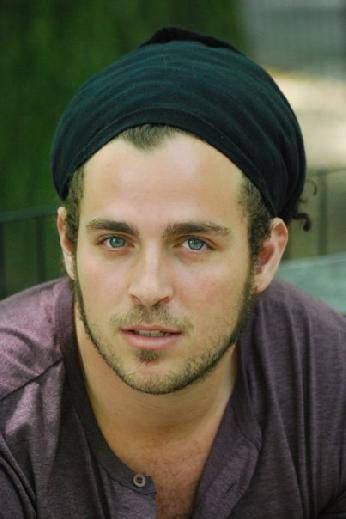 Grant Lingel’s story is an honest adventure of travel, partying, and exploration which I reviewed last week. As I was reading his book, Imagine: A Vagabond Story, I had a few questions about writing the book, his parents reactions to it (there’s quite a bit of drugs and sex), and his upcoming plans. I appreciate Grant taking the time to answer some questions I think many will have after reading the book.

How and when after your initial trip did you write the book?

I wrote the first chapter during February of 2007 and let it sit for almost a year untouched as I traveled some more and juggled other obligations and uncertainties at that time. I didn’t get things going again until May of 2008 and I basically wrote for 4 months straight before starting the whole editing and publishing process at the end of the year.

There are some touch-and-go moments, tales of partying and drugs in the book. Have your parents read it? If so, what were their reactions?

They have both read it. I think they expected some of it but didn’t realize until reading the extent of my partying. I have always had an incredibly open and honest relationship with both of them and they knew of almost everything that happened before reading anyway. There were a few surprises and I know my mother skipped over some parts of the story, but overall they have always been pretty cool and understanding. They were both hippies who did their share of experimenting back in the day so like I said, they expected it.

How about the other travelers you came across in the story, have you been in touch with them?

I am in touch with a majority of the people I met from the trip. I have gone to Montreal several times and returned to Mexico twice to see friends. Also, living in New York City makes it quite easy to see travel friends because it is usually a likely stop on most people’s journeys. In a world of Facebook, Skype and email it’s insanely easy stay connected no matter where you are.

Is there anything you wish you had or hadn’t included in the book?

When I initially finished writing the original manuscript, it was 30,000 words longer than it is now, so I did take out quite a bit. I don’t really have any regrets, that’s a heavy word, but it would have been nice to have talked about everyone I met along the way, but that just wasn’t feasible. Sometimes I wish I didn’t talk about all of the sex or drugs but hey, that’s how it was and it is what it is. I’m happy with how it all turned out.

What are you up to now?

I live in New York City with my girlfriend and our dog. I spend most of my time promoting the book. I have a couple other things in the works right now as far as other jobs/projects but I would rather wait for them to be in action before discussing them.

Do you have any upcoming travel plans?

There is a very good chance I will spend a good amount of 2010 in Africa. The plans are so completely up in the air so I can’t get into any details but that’s what it’s looking like at the moment. I have tickets to a World Cup game in Durban, South Africa in June so that is the only set plan for the time being.

Any advice for other travelers looking to write a book about their journeys?

I found that keeping in touch with my friends from the road and looking at photos from my trip really helped bring back memories when I was writing. Try not to fill the story with things that don’t progress the story. Everything from your trip may seem interesting to you, but only some of the things will seem interesting to others.

One last question, what ever happened to Noret?

Noret still lives in Mexico City. We keep in touch though I wish we could speak more frequently. She works in public relations for the government in Mexico City and is taking an intensive language program that will certify her as a translator for English, French, Italian and Portuguese.  I have seen her multiple times since my time in Mexico. We met up in Tulum, Mexico in 2007 and she has visited me twice in New York. She is an amazing friend and I couldn’t be happier that I have her in my life.

Grant, thanks again for taking the time to share a bit more about the book and yourself. Readers can purchase a copy of Imagine: A Vagabond Story from Amazon and check out some pictures from Grant’s trip in the video below.