The Galapagos Are A Camera's Dream: Here's The Photo Evidence [Part 1 of 2] - foXnoMad

The Galapagos Are A Camera’s Dream: Here’s The Photo Evidence [Part 1 of 2] 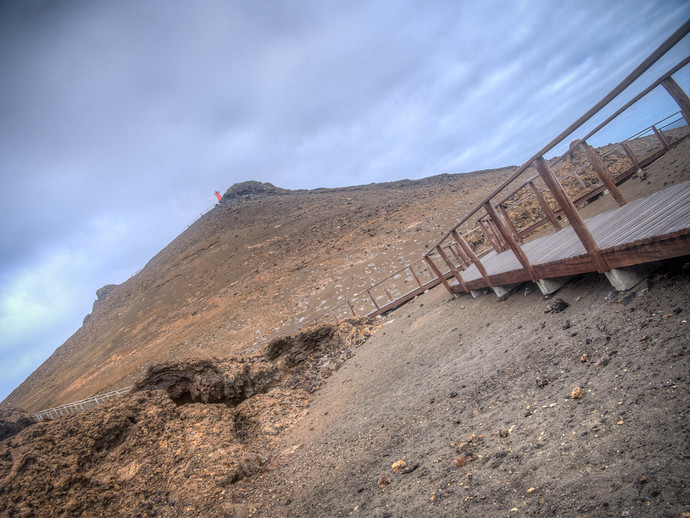 There are more than enough photos of the Galapagos Islands on the Internet and whether you’ve been there or not, most people can’t take or see too many pictures of this remarkably well-preserved environment. Although sea lion pups are certainly the main celebrities in Galapagos, it’s hard to describe how many animals are literally everywhere.

For those who have the opportunity, I would recommend seeing as much of the Galapagos, which is spread over 21 islands as you can. Yes, it’s an expensive place to visit but worth saving the money and time if it’s a possibility; in fact if I were limited to only one place to travel in a lifetime, it would probably be the Galapagos.

Nothing I had read or watched prepared me for the wildlife density all around. The picture of this blue-footed booby is deceptive – when I glanced down at the water, there were baby sharks, rays, turtles, all swimming around this natural nursery.

Don’t mind me, passing through. 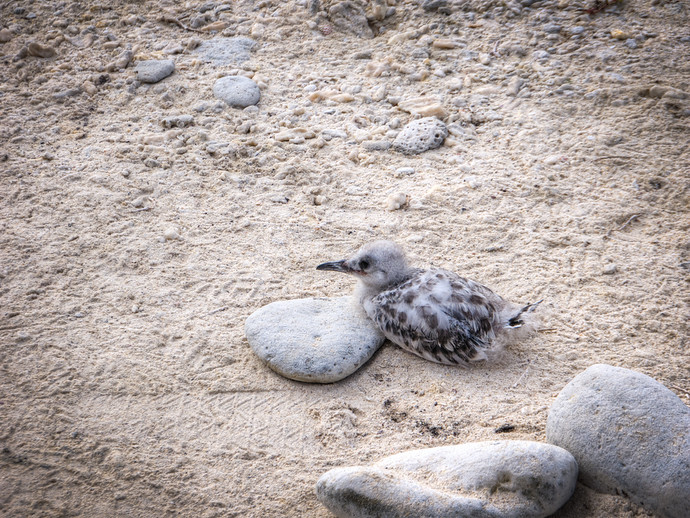 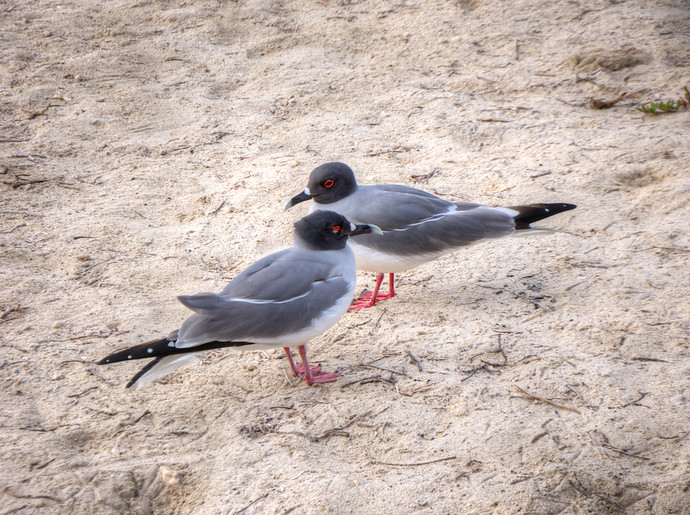 Keeping 2 meters away (as is the rule), modest zoom for the rest. This is a nazca booby. 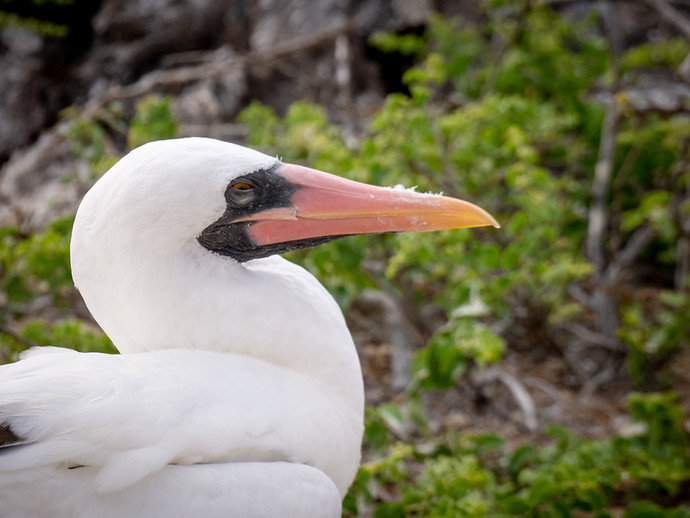 They’re all called boobies not because they have nice bird cleavage but it’s thought it comes from the Spanish word for fool, “bobo”, or clown “bufon” – because all of them are look really silly walking.

And when they don’t know what to do, they stare at their feet. Personally, I think they’re just camera shy.

They’re not entirely graceful at takeoff either.

Did someone say seal lion?

Occasionally they’re in the trees but I had to watch my step, the ground was full of birds walking around without a care in the world.

RELATED
What To Do In London After Your First Trip 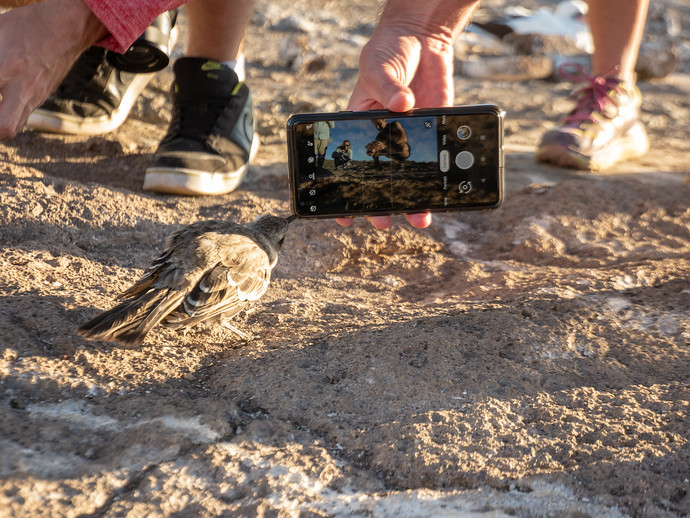 This workout brought to you by a former volcano. 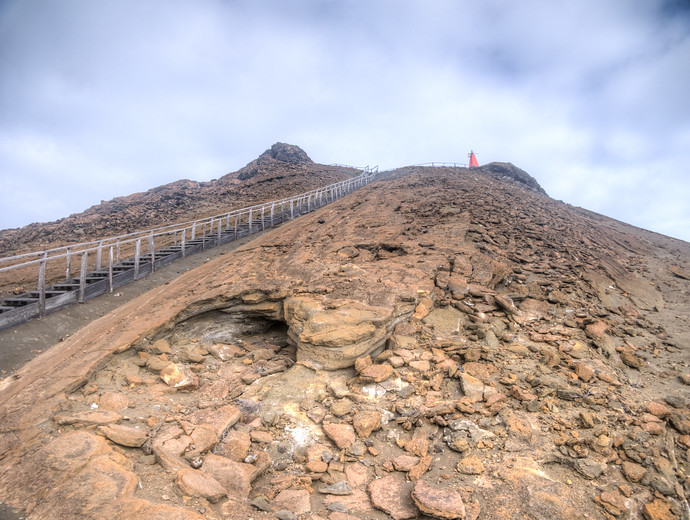 Make sure you get my good side.

Got down to the coast and there were shark fins right off shore. A beautiful nightmare. 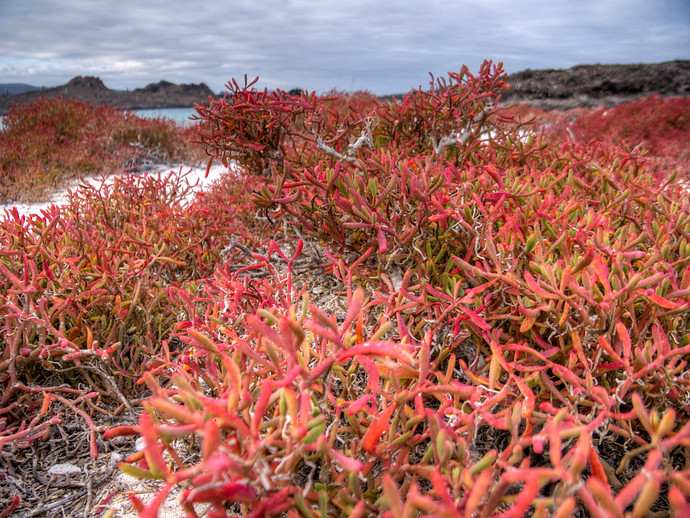 Nobody will ever notice me. 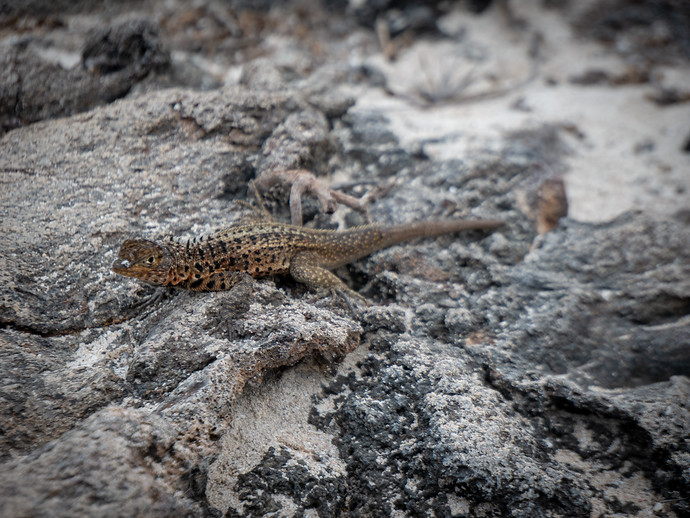