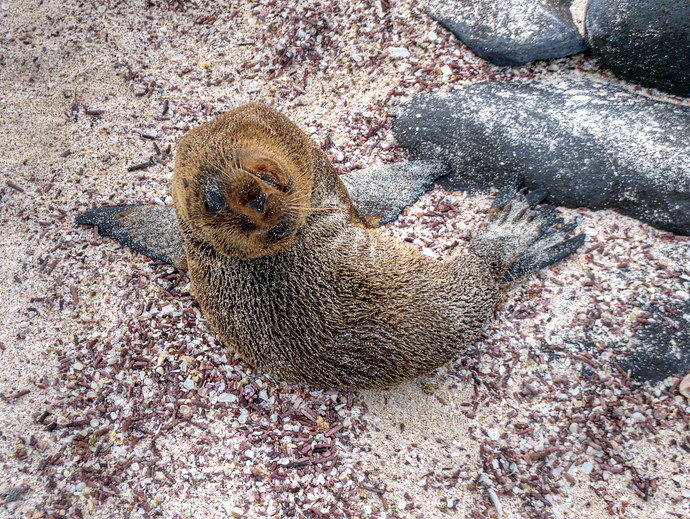 The Galapagos Islands are one of the most bio-diverse places on Earth, in fact, 97% of the land animals there can be found nowhere else on the planet. During the week I spent visiting the archipelago as a guest of Andando Tours, I took over 300 photos and more than 12 hours of video footage of blue-footed boobies, lava lizards, giant tortoises – as much wildlife as possible.

There is though, one animal any camera seems unable to avoid, so much so, it became a running joke onboard the Mary Anne: sea lion pups always steal the spotlight. Our guide Fernando Ortiz (whom I can’t recommend enough) confirmed every group is the same – unable to resist the baby sea lions.

To be fair, the sea lion pups often do their best to pose and grab your attention.

I’ll be posting more about the Galapagos and its wildlife as a whole soon but these photos are a reflection of what happens as you hop from one island to another. At most stops there are more than a few cute sea lion pups hanging out, and no matter how many you see, you’ll take 40 more pictures of them.

RELATED
What It's Like To Travel Through Istanbul Airport Right Now 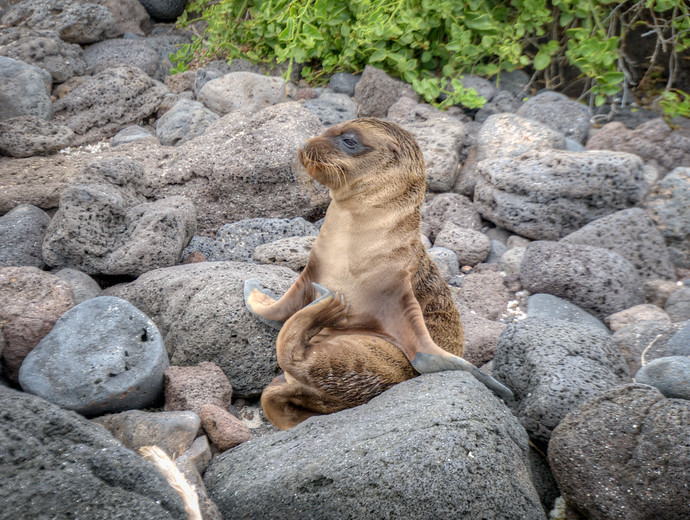 The general rule is to stay 2 meters (~6 feet) away from all the animals in the Galapagos where possible. With even an average zoom lens, you’ll be able to capture shots like this.

Sea lions for the most part behave a lot like dogs, except the adults ignore you, and the pups are cautious but inquisitive. 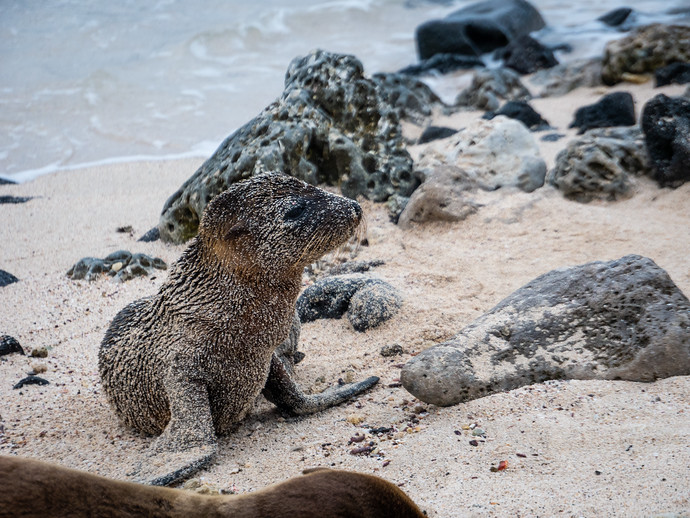 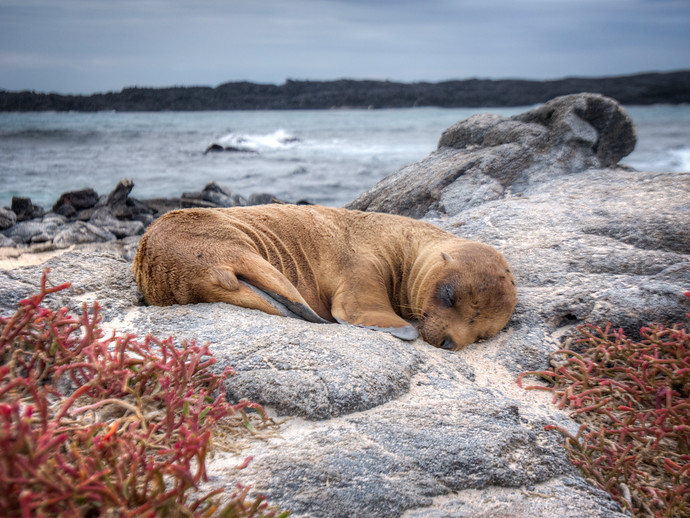 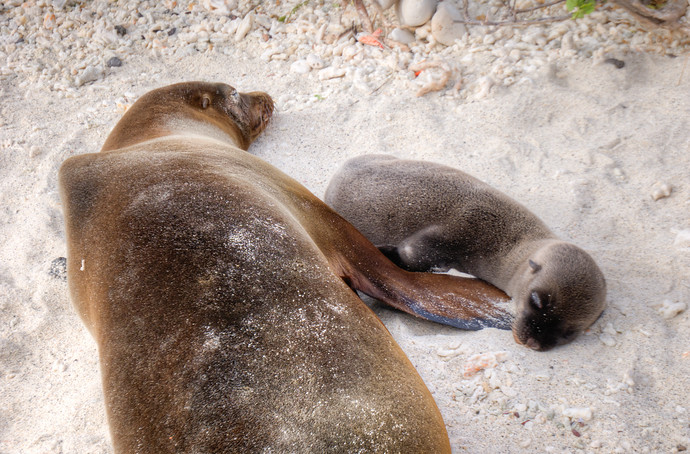 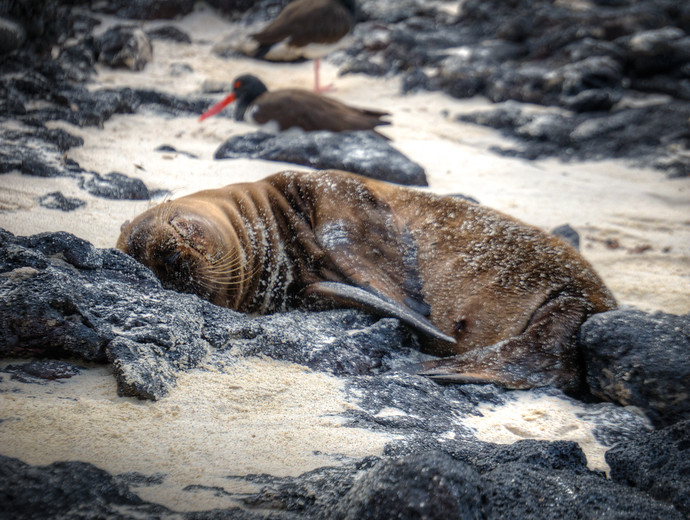 For the most part during the first year of their life, sea lions stay on land not venturing out beyond a few meters into the water. (Nearly always under the attentive eye of an experienced mom.) Otherwise sea lion pups are vulnerable to shark predation; instead they spend much of their time entertaining tourists. 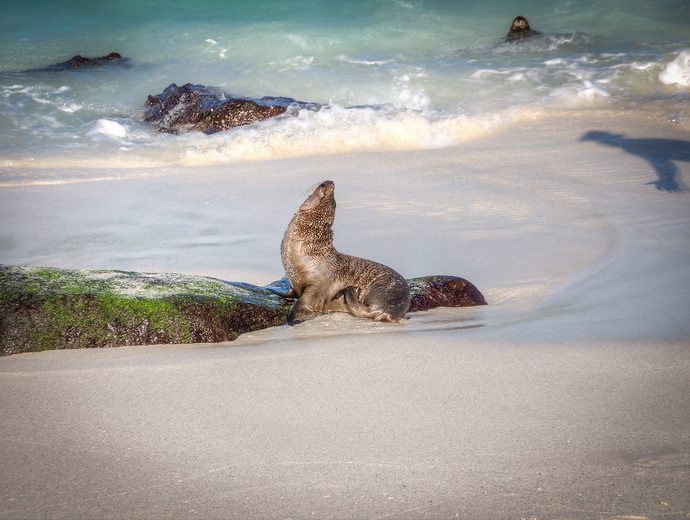 As they grow older and become more independent, adult sea lions will start to spend weeks at sea eating fish. (The book Why We Sleep explains how this is possible – sea lions lightly sleep half their brains at a time in the open ocean.)

Still, when they return to land, they’re adorably tired.

The adults leave the posing to the pups while they take a well-earned rest. Even in this state, sea lions are incredibly photogenic, despite being the occasional snotty sneeze. (The 2 meter rule is more for you than them.) I’ll have more on what travel to the Galapagos Islands is like, showing the incredible animal diversity here in the coming weeks – but as they did during my trip – the sea lion pups have taken over for now.