After 6 Years At Sea, These Are Pictures Of Galapagos Albatross Returning To Land - foXnoMad

After 6 Years At Sea, These Are Pictures Of Galapagos Albatross Returning To Land 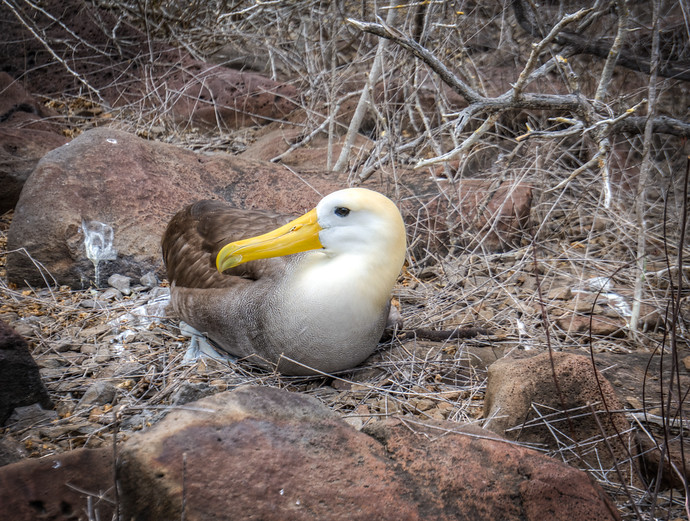 There are 22 species of albatross, who use the largest wingspans of any bird to fly for 5-6 years out over the open ocean. One of those species, the waved albatross, nests in only one place in the world: along these cliffs on Espanola Island in the Galapagos. 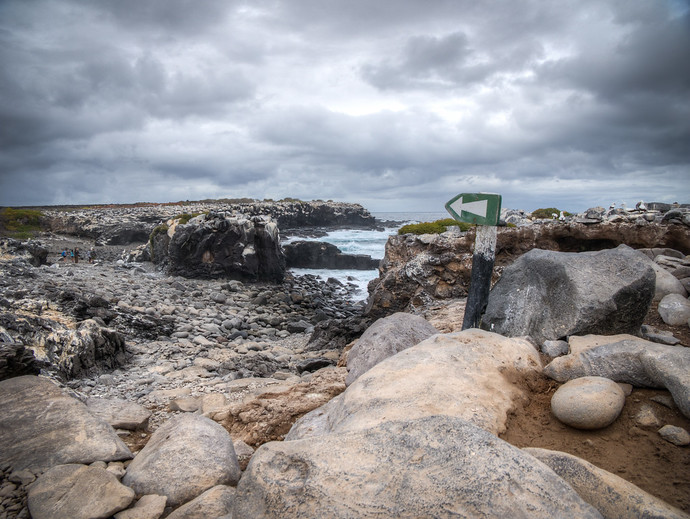 Albatross accomplish these long journeys often without flapping their wings, eating fish to fuel themselves for an eventual return home to find a mate. I was fortunate enough to capture photos of them during their return for breeding season as part of my trip to Galapagos with Andando Tours. 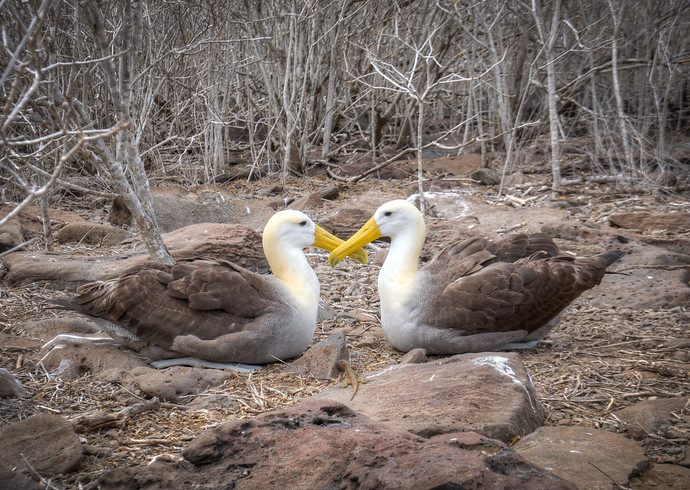 Waved albatross lay one single egg, a large brown one, without having to worry about predators since they have none on Espanola. Some young albatross though are still cautions, this one keeping an eye on a resting hawk, half its size, nearby.

Albatross are born a bit goofy looking – actually a bit Big Bird looking – but no, the rumors are not true.

They can be as cute as the nearby sea lion pups (some down by the beach on Espanola) and will mature over the next 10 months or so.

As their flight feathers begin to grow in, you’ll see them along the cliffs opening their 2.5 meter (8 foot) wings to catch the strong winds whipping about. They’ll practice this pre-flight ritual many times, before taking off over the edge. 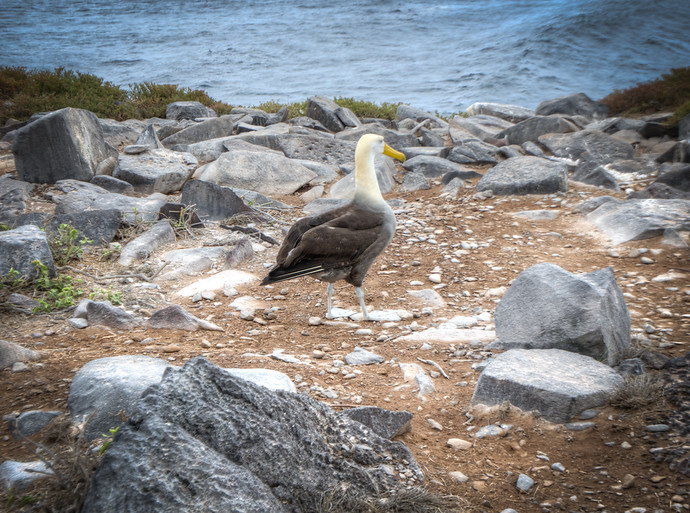 Their maiden voyage will be a long one of several years and 17,000 kilometers (10,000 miles) or more. Resting half their brains at once and using micro-sleeps, albatross spend their waking hours hunting fish and squid on a dangerous journey. 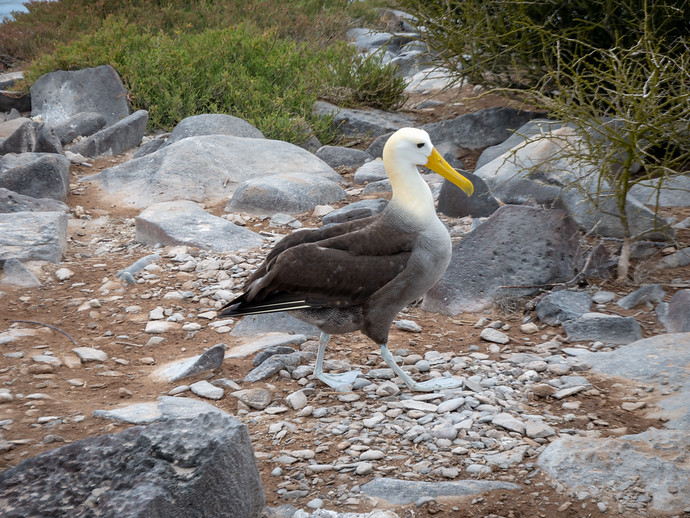 Of the 22 species of albatross, 17, including the waved albatross, are endangered. Although their nesting grounds are well protected in the Galapagos, out at sea fisherman using over 100 kilometers of baited hooks (long-line fishing) inadvertently drown an estimated 100,000 seabirds annually. The albatross is one of these birds, who also have to worry about fisherman hunting them directly as well, they’re often eaten by fishing crews illegally.

Back on land they’ll find a mate, who will be their partner for life. Well, mostly. Biologists have noted many albatross, if given the chance, will cheat on their partners. To get a mate in the first place though, male albatross use their beaks to passively sword fight. Facial fencing is also the language of get out of my way – yet it’s so gentle you can hardly take these guys seriously. 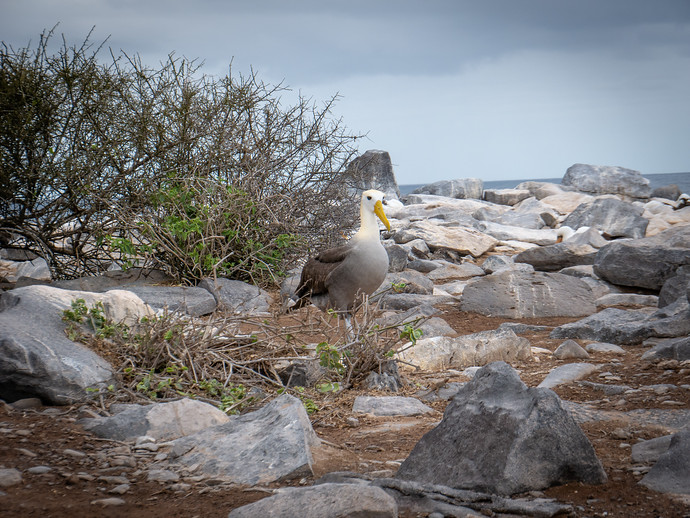 Albatross on land are delightfully awkward but simultaneously majestic. Despite their size, they weigh only 4.5 kilograms (10 pounds) but still need a substantial runway of about 1-3 meters (5-10 feet) to land safely back home.

Which is here, the only place the waved albatross can be found, perfectly adapted to these cliffs.

Seeing these albatross took my breath away unlike any other wildlife I’ve seen before. Wandering around the cliffs, gigantic birds start popping up from behind the rocks everywhere. An airport for albatross who couldn’t care less you’re around. Despite the Galapagos Islands being full of various birds, beautiful landscapes, and animals without a healthy sense of fearing humans, the albatross stands out as an impressive manifestation of evolution on Earth.