A Moment For An Update - foXnoMad

A Moment For An Update 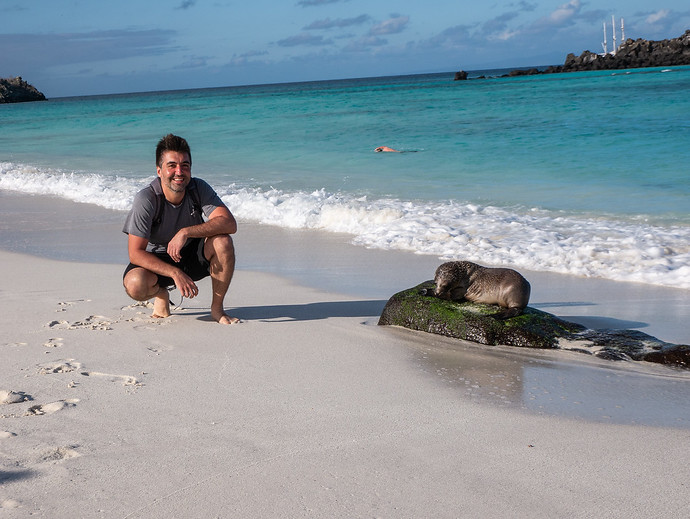 We’re already rolling into February and I’ve been at full sprint *deep breath, deep breath* traveling and working on several projects. Some of those are still in the works, and although I hate updates about updates as much as most people, I want to share a few things and say hello too.

It’s been over a year since I began posting daily travel deals on foXnoMad’s sister-site, tales. Although I post every new deal on the foXnoMad Facebook page – because I’ve not mentioned them here you may have missed it entirely. In short, the daily deals are hand-picked travel and tech bargains on products and services you might be interested in.

The easiest way to keep up with them is through Facebook but for those of you (understandably) don’t like the social media giant, the daily deals are listed here as well. Daily deals are updated most weekdays where there’s something neat on sale. Let me know if there are any specific products, services, or other travel tech stuff you’d like me to scout for and I’ll be sure to keep an eye out.

Additionally, I’ve got a little foXnoMad store now on Amazon, where you can find all the gear I travel with, plus other recommendations too.

The annual Best City to Visit Travel Tournament kicks off every year in February with newsletter subscribers getting the first city picks. Looking back on previous winners, having an early choice of city is a big advantage you can easily gain by signing up.

Thanks A Million 2019 Year Of Giveaways

Thursdays have featured more videos recently, but on the foXnoMad YouTube channel, there’s even more going on. To say thank you for helping me get to a million, plus the incredible 10 years of support along the way, I’m making 2019 the year of giveaways! Google’s Home Hub and the Ridge Wallet are prizes I’ve already sent out – to join and keep up with the (yes, another one currently) giveaways, subscribe to the channel. As I type this I’m literally staring at a pile of boxes with travel tech up for grabs over the next month or two.

I want to say thank you. I still can’t believe this is real life. Sure, using the daily deals when they’re right for you, subscribing on YouTube, all of it helps support this site – but it may not be as obvious that your comments and emails encourage me to continue finding new ways to help others travel smarter, maybe even entertaining you a little along the way.

I’m very excited to share with you what’s coming up over the next few months – for now, full fox speed ahead!