This is a guest post by Fiona, who writes the Glove Box Blog about cars and car rental. On a recent trip to the Big Apple, she was delighted to find that some of the city’s best attractions are free. Below Fiona shares some of her top 5 cheap thrills in New York City.

1. Visit The Museum of Modern Art (MOMA) On A Friday

Situated on the corner of Fifth Avenue and 53rd Street, New York’s MoMA is the perfect place to spend a rainy NYC afternoon, but especially on a Friday – when admission is free. Even from the outside, the Yoshio Taniguchi-designed building is visually stunning. 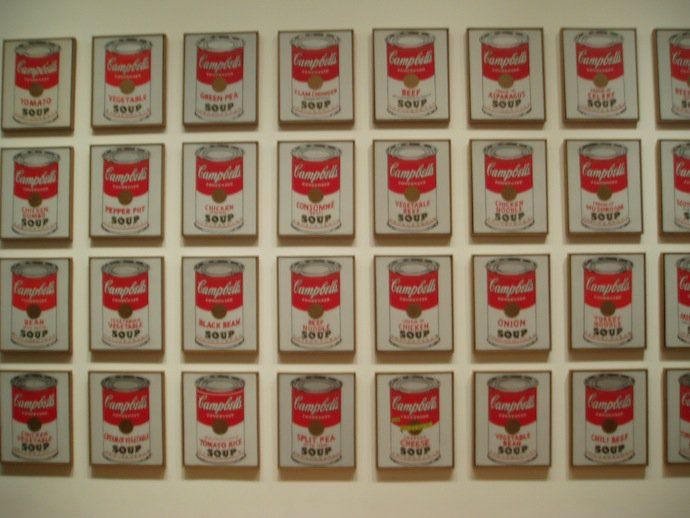 Once inside, enjoy five floors of modern avant-garde and conceptual art, dating from the late nineteenth century to the present. If weather permits, make sure you check out the outdoor installations in the Abby Aldrich Sculpture Garden as well as the indoor exhibits by the likes of Warhol, Van Gough and Monet.

To avail of free passes, visit on a Friday between 4pm and 8pm, when the museum hosts Target Free Friday nights.

2. Make a Late Date with Dave 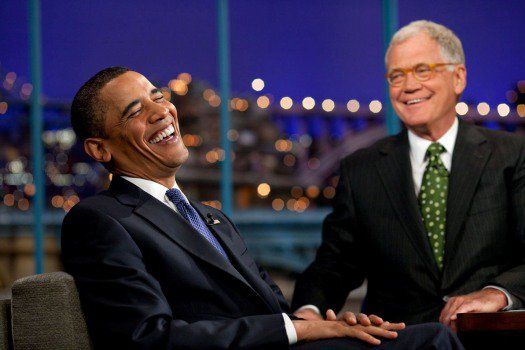 Ever wanted to see what goes on behind the scenes of a New-York based chat show? This is probably a bit of a loaded question when it comes to David Letterman (if recent reports are anything to go by), but those curious to observe the workings of a real-live New York television studio and its celebrity guests can do so for free.

Late Show with David Letterman is filmed before a studio audience in the Ed Sullivan Theatre at 54th Street and Broadway. The show is recorded Monday-Thursday at 5.30pm and again on Thursday at 8pm. Free stand-by tickets are available to the lucky few who queue on the day of the show in the lobby of the studios. Last minute tickets are also available to those who call (212) 247-6497 at 11 am on the morning of the show. Audience members must arrive 75 minutes before the show is due to record.

The 20-minute walk across Brooklyn Bridge offers you unrivalled views of both the Manhattan and Brooklyn skylines – so bring your camera along! The easiest way to begin your walk is to cross the bridge on the Manhattan side, close to City Hall, Park Row and Centre Street. To get there, take the 4, 5 or 6 train to Brooklyn Bridge City Hall. Alternatively take the J, M or Z to Chambers Street.
Enter the bridge via the concrete ramp. Once you’re on the wooden planks you’ll know you’re on the bridge. The walkway is perched above the bridge’s traffic, so you don’t have to worry about dodging oncoming trucks and cars!

Make sure to photograph iconic sights such as the Woolworth Building and the Empire State Building.  Look out for the Statue of Liberty on the right hand side. Exit the bridge on the Brooklyn side and enjoy lunch or dinner in one of the many waterfront restaurants and cafés. Alternatively, a walk from Brooklyn to New York is also possible. Hop off the A train at the High Street Stop.  Follow signposts to Cadman Park. From here you’ll reach the pedestrian walkway and enjoy stunning views of the Manhattan skyline. 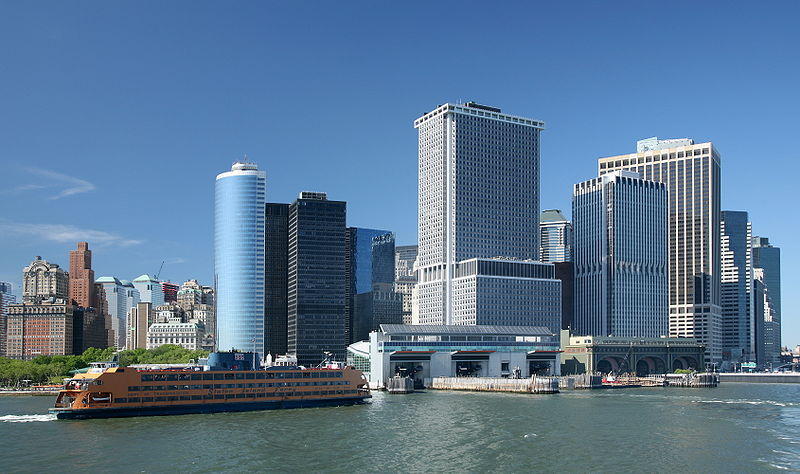 Save your feet as well as a pocketful of dollars! The best views of Manhattan and the Statue of Liberty are free to those who take the Staten Island ferry that links up South Ferry (near Battery Park) and the St. George Ferry Terminal on Staten Island.  A round trip takes about an hour. If you’re looking to photograph the Manhattan Harbour or the Statue of Liberty, make sure you get a good spot close to one of the larger windows. Manhattan is prone to fog, so avoid early morning crossings, when visibility may be poor.

These days it’s easy for tourists to take the service for granted, but the Staten Island fare hasn’t always been free. In 1897 it cost five cents to get from one side to the other. Fares had increased to 50 cent by 1997 just before they were abolished.

5. Buy One Ticket Get One Free On Broadway 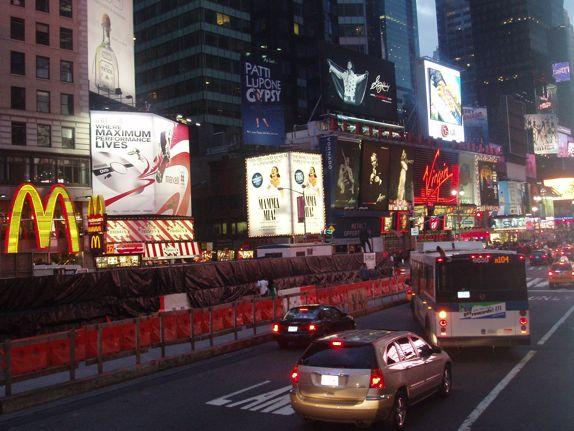 TKTS Box office on Duffy Square (47th St at Broadway, just off Times Square) offers half price tickets on popular Broadway musicals and plays. TKTS sells unsold tickets on the day of the performance for all Broadway shows for 25 –50% less than the box office price with just a $3.00 service charge added per ticket. This means you get the equivalent of a free ticket when you book two tickets.

Tickets sell out fast so you should always have two or three shows in mind when requesting tickets – at least you won’t be disappointed after spending all that time queuing! All available show tickets are displayed on digital screens at the entrance.  Have your dollars and traveller’s cheques at the ready, as TKTS does not accept credit cards or checks.

Thank you for the guest post Fiona, these are some good (and cheap) things to do in NYC. I’m sure you other New Yorkers have a few of your own to add so feel free to suggest your personal favorites in the comments below.