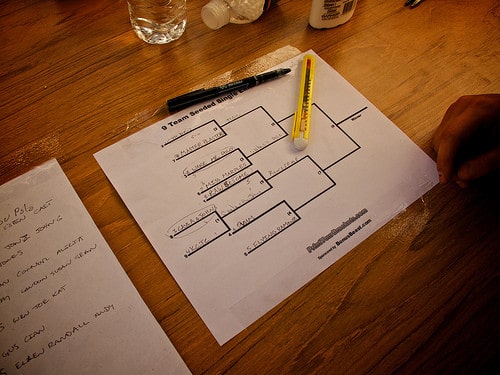 Choose your favorite city in the world to visit and win $50 in the Best City To Visit Travel Tournament. Entering is simple, all you have to do is leave your city in the comments below. Only one city per person (more precisely per email address) and your choice of cities is first come first serve. The deadline to enter a city is midnight US EST this Friday February 19th and all I need is a comment below with any city that’s not already taken.

On top of that, if you sign up now for my RSS feed or daily email updates during the entire tournament month of March and win the contest, I’ll double the prize to $100 for you.

Voting for the preliminary round will begin next Monday, February 22nd. Each Monday during the month of March readers will vote in a tournament-style bracket as each city is paired against another. The person who selects the city to win the tournament gets the cash (via Paypal).

RELATED
The Best City To Visit Travel Tournament Round Of 32: Voting Open Now!

Cities That Are Already Taken

Since I let my newsletter subscribers know ahead of time about the contest, the following cities have already been taken:

I’ll take up to 64 cities so don’t be shy and add a city. It’s an easy contest to enter and you can check out last year’s tournament to follow the path Sydney, Australia took to winning the title of best city to visit.