The Best City To Visit Travel Tournament 2010: Round Of 32 - foXnoMad

The Best City To Visit Travel Tournament 2010: Round Of 32

Starting off with 56 cities from around the world, last week you voted for the top 32 leaving 24 cities behind. While some places like Prague, Vienna, and Los Angeles barely missed out it’s now time to vote for your favorites in 16 city vs. city match ups. The cities were roughly seeded based on the number of votes and there are some interesting contests between Washington DC vs. Stockholm, London vs. Chicago, and Dublin vs. Barcelona. Vote for your favorites between now and this Friday, March 5th 12pm US EST. 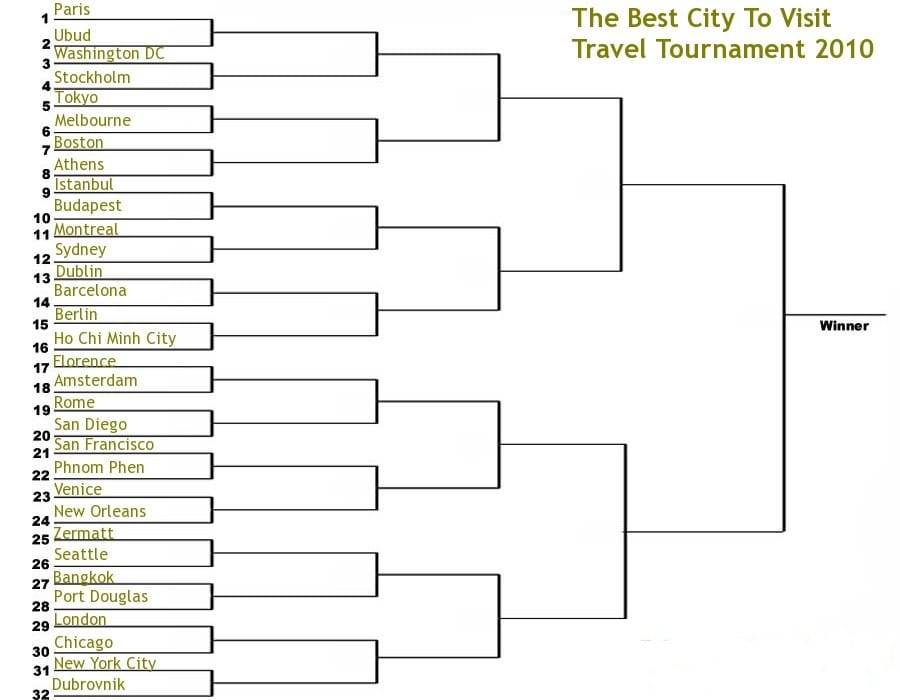 The winner will be determined on Friday, April 2nd 2010. Missed this contest? I run a number of large and small contests throughout the year. Take a look at some previous competitions and prizes and find out about my next contest first by signing up to my bi-monthly newsletter.