Why Do You Still Feel Bouncy After Long Flights And Cruises? - foXnoMad

Why Do You Still Feel Bouncy After Long Flights And Cruises? 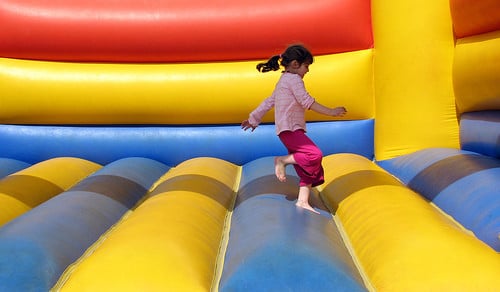 Many of you who have taken long flights have probably experienced that slight wobbly or bouncy sensation a few hours after landing – as if you were still rocking in the plane during flight. This lagging sensation, broadly called “land sickness” can also occur after a cruise, car ride, or any situation where you’re in motion for an extended period.

To find the answer I got in touch with several doctors (many thanks to Got Passport for the references) to find out. The immediate sensation you feel is caused by your brain receiving mixed signals from your eyes and vestibular system in the ear. It’s similar to why many people experience seasickness – your eyes tell your brain the body isn’t moving while the vestibular system in your ear feels the sensation of motion. It’s confusing and can be slightly disorienting, especially as the vestibular system gets conditioned and used to what its feeling. When you get off the airplane or boat, your inner ear is on autopilot and keeps telling your brain there’s motion, forget what those eyes say! Eventually though for most people the effects subside after a few hours or days at most.

RELATED
How To Take A Day Trip To Andorra From Barcelona

For a rare few however, the bouncy feeling may persist for much longer – months or years. It’s a condition known as Mal de Debarquement syndrome (MDD or MdDS) and very little in known about it except that it primarily effects women between the ages of 40 and 50. Also, those who suffer from it are likely to do so after a long cruise rather than a flight.

There is no cure or treatment although being in motion, ironically, tends to eliminate the symptoms.

There is little research on land sickness prevention and there isn’t much you can do about it but relax…literally. Stress and fatigue can make you feel even more bouncy and may prolong the sensation so use these 3 ways to reduce flight delay stress or hone stress to improve your travels altogether.

There is also an acupuncture point on the inside of your wrist, about two finger widths up (shown right). Applying firm pressure there with your fingers may combat land or sea sickness.

Have You Ever Experienced Land Sickness?

I tend to have the feeling for several days after a flight which is more of a nuisance than anything – especially in the shower. I’m curious to hear what your experience with land sickness has been. You can by leaving a comment below (perhaps winning a prize in the process).

In short, the sensation is normal if it only lasts for a few hours or days and is caused by your body’s balance system getting used to constant motion only for it to stop suddenly. Don’t stress in the air or at sea and you should be feeling better in no time.