Combating 2.5 Million Years Of Evolution - How To Prevent Your Paleolithic Brain From Scaring You Out Of Travel: Part 1 - foXnoMad

Combating 2.5 Million Years Of Evolution – How To Prevent Your Paleolithic Brain From Scaring You Out Of Travel: Part 1

This is the first in a series of 3. Once you’ve gotten past your deceiving eyes, continue on hacking your Paleolithic brain in Part 2 and Part 3.

Stereotyping, overactive imaginations, and the comforts of familiar surroundings have have brought our ape-species a long way since we came to be millions of years ago. We’re all around now because our ancestors did some things right and for the most part played it safe to survive another generation. You can imagine the fear and anxiety that comes from not being atop the food chain for eons. Yet the adaptations that saved your great-great-great-(you-get-the-point) grandmother’s butt way back when, could today being convincing you the world is a scary place to travel today. 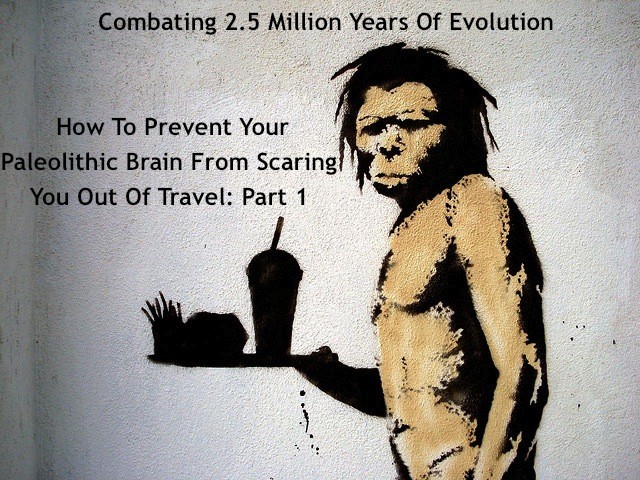 It takes work however to convince yourself otherwise – because, yes, your brain always comes to the conclusion you’re right. Don’t worry though, here’s how you can trick that spear-wielding hunter-gatherer inside your head to use the more recent additions to your cerebral cortex. 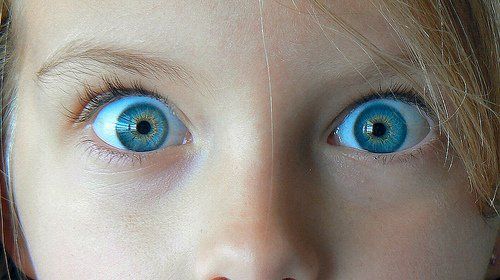 We are a visually-biased species and what we see is much more likely than other forms of stimulus to be recorded in our memory. Consequently, the act of even just being able to visualize something in our minds makes us feel it’s more likely to happen. Combine disaster-obsessed media, televisions, and graphic online videos being processed by a prehistoric brain and the world can seem like a terrifying place.

Fortunately, the converse is also true. Although conjuring up images of violent demonstrations in Cairo are easier than imagining normal daily life in Africa’s largest city, for our brains, seeing is (generally) believing. Once you visit a place that perception will be paramount to all others – no matter what you see otherwise.

So far, easy enough, but you’ve still got to convince yourself to actually go to that seemingly scary place. Now it’s time to use the media against ol’ caveman (or woman) hanging out between your ears.

RELATED
How To Visit Socotra Island

While you might be a fellow introvert like myself, at the core we’re social animals. Other people are extensions of our own brains and we use them everyday to assess risk. The same reason why sites like TripAdvisor and Yelp are popular are also why interviews with people after travel disasters are so poignant. We are biased to follow the crowd, identify with our peers, and put ourselves in others’ shoes.

Rather than completely shutting out the media, simply switch the social groups you listen to. Previously mentioned TripAdvisor is a good start, but so are other travel blogs, Twitter, your Facebook friends, and language social networks loaded with people who’ve been where you want to go. What you’re after are people like you (i.e. age, personality, etc.) or those who have connections to the places on your travel wish list. They’re out there and you’ll find them; giving you the benefit of interactive eyes on the ground. (Not to mention making it easier to visualize yourself at the destination – remember the point above?)

This is just the beginning of unwinding your prehistoric brain – which by the way has a short (1 minute per web page) attention span. That’s why this post will continue in Part 2 next Tuesday by learning from people who refuse to escape burning buildings and those who drink too much on the weekends.